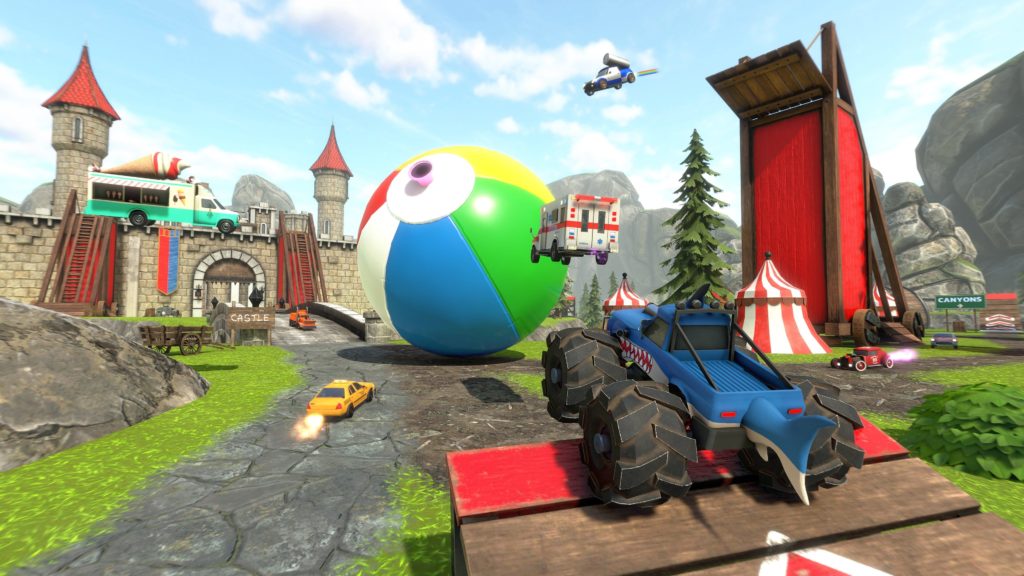 Anyone who says that crashing in ridiculous ways isn’t the best thing in racing games shouldn’t be trusted. That’s a fact. It isn’t a fact, but if you sort of agree with it then you’ll no doubt be delighted to hear that Crash Drive 3 is landing on Android at the start of next month.

The game is a free-roaming, multiplayer smash-’em-up that features huge maps, ridiculous stunts and more car-based carnage than you can wave a snapped-off steering wheel at.

There are also tank battles, 10 competitive multiplayer in-game events and loads and loads of cars to unlock. Let’s take a moment to watch the release date trailer for the game, shall we?

Aaaaah, such glee. You can drive on the moon, you can find secrets, you can smash up a giant beach ball. What’s not to like? There’s also an interesting progression system – the more you do something, the better your car gets at doing that thing. Hit your top speed, up your top speed – that sort of thing.

The game is also cross-platform, so you’ll be playing with people on a variety of other home and mobile devices, which is pretty cool.

Crash Drive 3 is coming to Android, and all of those other platforms, on July 8th. You can pre-register for the game on the Play Store by clicking here. It’ll be free to play with IAPs, but we don’t know what those IAPs are going to be just yet.