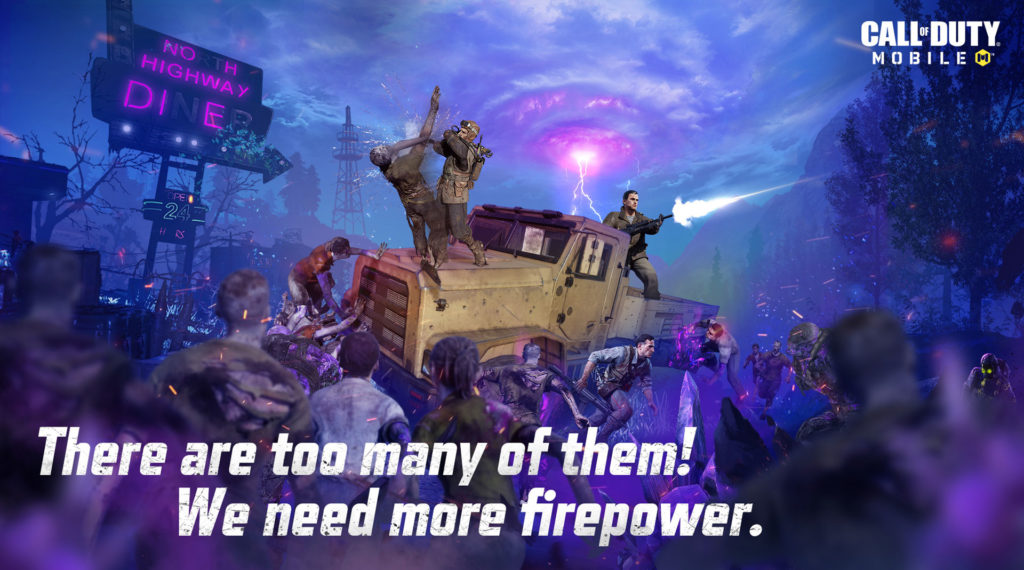 Last week we revealed that Call of Duty Mobile was set to reincarnate its zombie mode sometime in the not too distant future. Today we can reveal that that point is July 31st. That really is not too distant. Not too distant at all.

It’s part of the Call of Duty Mobile’s sixth season, which launches today. It’s called The Heat, and it’s adding a bunch of new maps and guns to the game, as usually happens with a new season.

Undead Siege itself will launch on Saturday, and we’ve got some more details about it to share with you. First, let’s watch the official Undead Siege reveal trailer, shall we?

Neat. Undead Siege will take place on the Isolated Battle Royale map and see you and your team trying to survive for five days and five nights. You’ll scavenge new equipment during the day, then fight off waves of the undead during the night. Sounds pretty awesome.

There are mode-specific rewards that you can earn as well, including the Shorty – Aether Machine Weapon Blueprint and a Zombified Tank Dempsey Operator Skin. There’ll be an Undead Siege specific event later in the season too.

For more information on Undead Siege and everything else that’s happening in Season Six of Call of Duty Mobile, check out the game’s official website by clicking here.