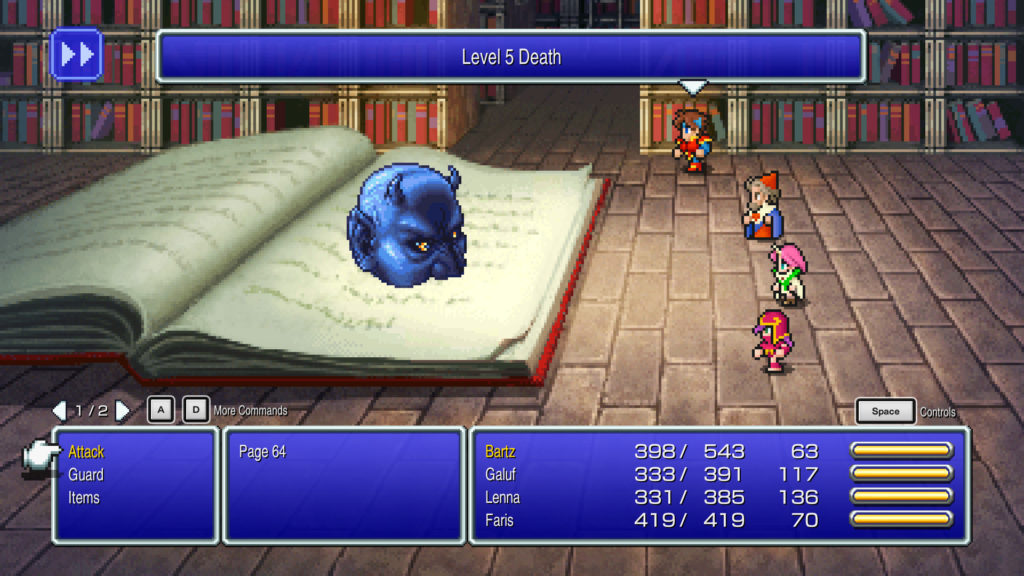 Much like the other games in the Pixel Remaster series, FFV has had some visual tweaks, with redrawn pixel graphics to make it look smoother on modern devices. Mmmm, smooth.

The game has also had some other pokes, including a rearranged soundtrack (we imagine that means musically rearranged, not just moved around), a modernized UI and auto-battle options. Because battling is dull.

According to the Steam pre-purchase page for the game, it’s going to cost the same as Final Fantasy IV, which means it should come in at around the $17.99 price mark on the Play Store.

If you want to learn more about the Pixel Remaster series, click here to visit its official website. After FFV launches, there’s one more game in the series – Final Fantasy VI, which we imagine will land before the end of the year.

We’ll remind you when the game launches in the middle of next month, and while you’re here why not check out our list of the best Square Enix games for Android.