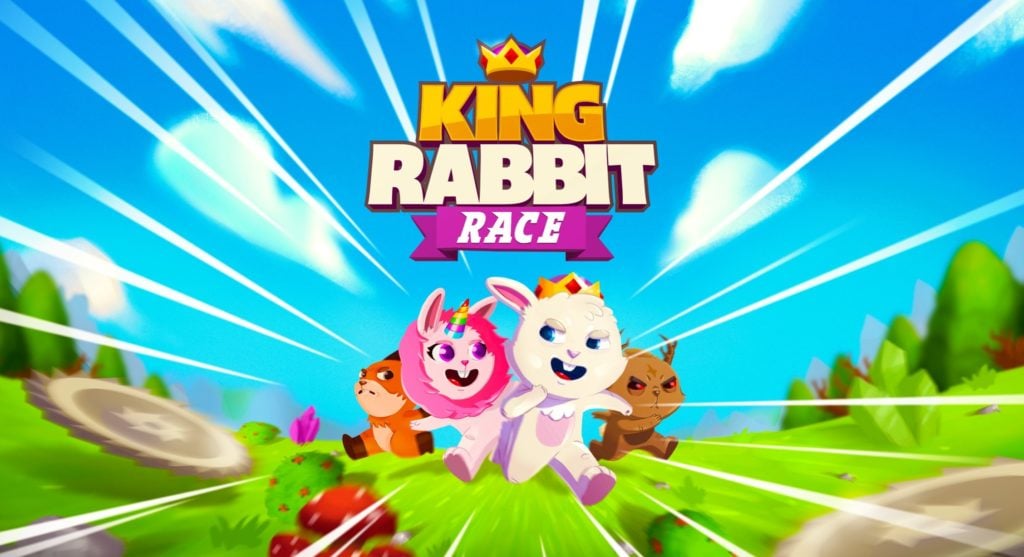 The game takes the grid-based movement mechanics of King Rabbit and throws in a competitive twist. You’re hopping through the levels trying to keep ahead of your friends and foes. Whoever gets the farthest without dying is the winner.

There’s a daily challenge mode that sees you competing with all the other players to get the deepest into a single level. Then you’ve got trophy race mode, which gives you an endless supply of challenges to race through with other players.

Interestingly, the game will also sync with the previous King Rabbit game, which is now called King Rabbit – Puzzle and let you transfer gems and other stuff between the two. We’re not going to get into the nomenclature of the King Rabbit games right now, we simply don’t have the time.

While King Rabbit – Race is officially slated for release in June, you can click here to download the Early Access version of the game from the Play Store right this second.