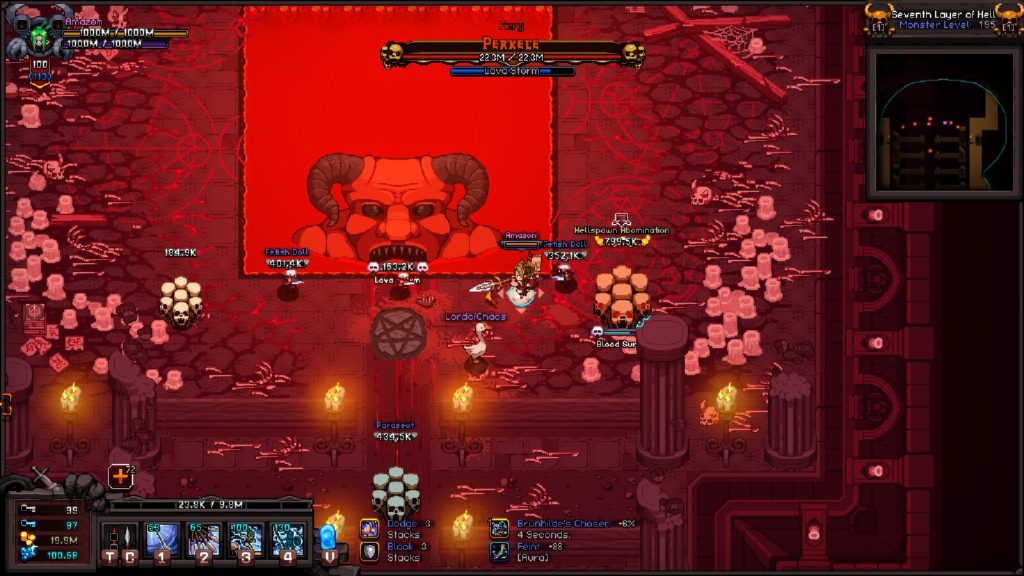 Diablo Immortal has landed on the Play Store. It’s a lot of fun, and we think you should give it a go. But if you prefer to avoid free to play games – which is understandable – you might be on the look out for a premium alternative to scratch your Diablo itch.

And that’s where this list comes in. We’ve picked what we think are the best premium alternatives to Diablo Immortal. They all capture something of the Diablo vibe, even if they’re not quite the same in a lot of ways. But we think you’ll be pleased if you decide to try any of them.

You can click on the names of the games below to download them from the Play Store, and as we say they’re all premium. If you’ve got your own favorite Diablo substitute you’d like to recommend, make sure you let everyone know about it in the comments.

Probably the closest you’re going to get to the true, triple-A Diablo experience on your phone. This one is filled with mythological monsters, plenty of dungeons to explore and loot to collect. It’s not cheap, but you’re getting a lot of monster bang for your human bucks.

A quick caveat to this one – the first chunk is free and there’s an IAP to unlock the rest. We’re calling that premium, though, because it basically is. It’s a sci-fi hack and slasher with super slick combat and fast-paced combos. You’re smashing up robots and aliens, but don’t let that put you off.

A bonkers hack-and-slasher, Hero Siege is packed to the gills with Diablo-DNA. There are swarms of enemies to smash up, randomly generated dungeons to explore and more loot than you can shake a loot stick at. If you have a loot stick, that is.

We’re stepping outside the Diablo-boundaries a bit with this one, but that’s fine, we’re in charge. While the scraps here are turn-based, there’s still dungeon crawling and loot to find, and the game’s stylings certainly owe a lot to the grim gloom of the big D. Plus it’s loads of fun and it’s premium. So there.

A retro-looking take on the dungeon crawler that often sees you being chased by enormous hordes of furious beasties. The other games in the 9th Dawn series are also worth checking out, but this one nails pretty much everything you want from a mobile ARPG.

It might sit in a different part of the ARPG spectrum to Diablo, but there’s still a lot of connection between Pascal’s Wager and Blizzard’s dungeon crawler. Mainly gloominess, to be honest, but there’s a decent story here and plenty of action.

Another game that owes a lot to Diablo without directly aping it. You’re fighting through randomly generated rooms packed with enemies, traps and death, trying to survive a tower filled with doom. It’s super tough in all the right ways and difficult to put down.

There’s probably more Zelda in Legend of the Skyfish than there is Diablo, but it’s still loads of fun. And you get to use a fishing rod as a weapon, which is super cool. There are dungeons to explore and plenty of enemies to whomp as well.

A game that takes some ideas from the likes of Diablo, then throws plenty of modern sensibilities in as well. You’re crafting and building as well as scrapping with monsters, all to try and get your exploded spaceship back into the air.

An RPG that switches its style from level to level. Sometimes you’re platforming, sometimes you’re in top-down, hack-and-slash mode. It certainly keeps you on your toes, and while it might not have the depth of a true dungeon crawler, it’s still worth a look.