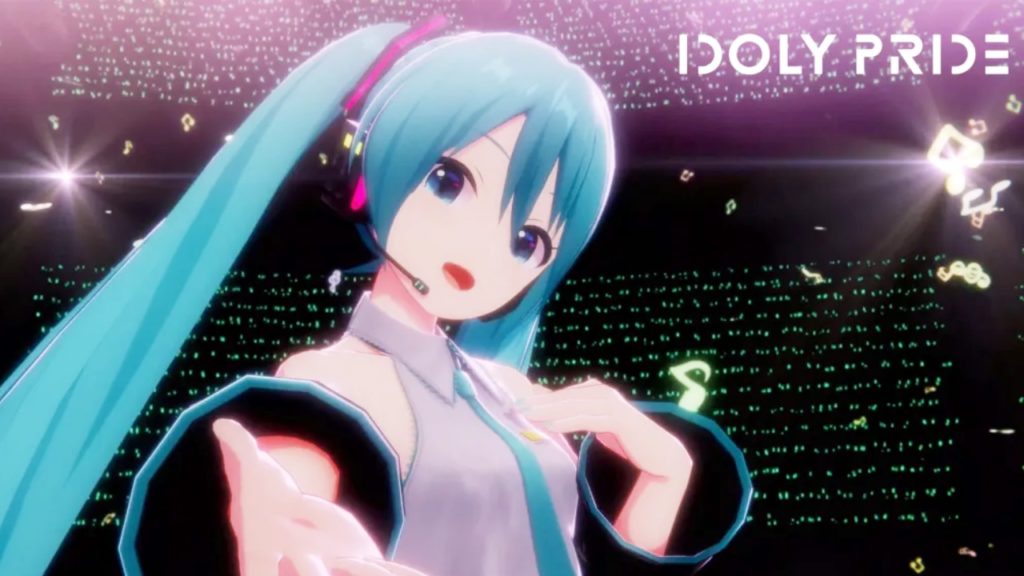 Japan’s biggest idol Hatsune Miku is making the jump to another video game! In a new event for gacha idol game Idoly Pride, the blue-haired vocaloid is coming to show them how it’s done.

Running from August 31 to September 19, this latest Miku collaboration will add the vocaloid to Idoly Pride. Included in the game’s latest gacha, you’ll be able to play as the anime icon in the mobile game.

You’ll be able to use the beloved Japanese hologram in your idol unit, creating a strong idol team. This means that you’ll be able to see Miku sing and dance alongside others in live concert challenges.

Usually, the game is centred around the Idoly Pride anime series. However, this marks the first time one of Japan’s vocaloids have crossed over into the game. Perhaps, in the future, we can see more crossovers! (Evangelion, maybe?)

There’s still not many details surrounding the collaboration. However, it seems that Hatsune Miku will be fairly easy to get during the event. Then again, it may be hard to level the character up in the future.

Written by Karasuyasabou, composed by Hachioji P and KZ and arranged by KZ, this new song is already a beloved release. If you want to make virtual characters dance to this new song, then this is the game for you.

If you’re a hardcore Miku fan, you can try out Idoly Pride right here. However, be aware that there’s currently no English translation for the entirety of the game. As such, you’ll be going in blind.