YoHunt Is Like Pokemon GO! with NFT Zombies and Play-to-Earn Gameplay 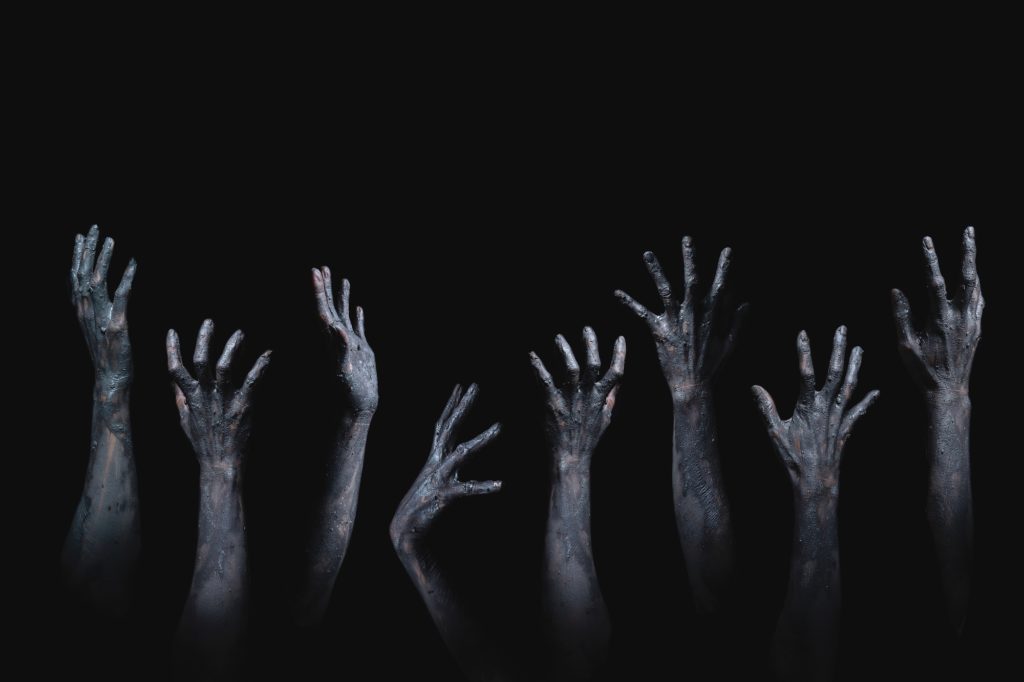 Zombies get everywhere. They pop up in casual mobile games, AAA console games, and everything in between.

And now, thanks to an innovative new title called YoHunt, zombies are shambling into the worlds of augmented reality and the blockchain.

Currently in development, YoHunt sees you hunting zombies with a bow and arrow and capturing the ones you defeat.

There are tons of different zombies to collect, and here’s the beauty part: each one that you add to your inventory is an NFT. That means it’s yours to trade for YoKen – the game’s native cryptocurrency token – on the in-game marketplace.

You can think of YoHunt as a sort of zombie-themed Pokemon GO!, but with a few crucial differences.

For one, it lets you earn cryptocurrency, with real monetary value.

For another, its supply of zombies is restricted by design, ensuring that each one holds its value and, just as importantly, its novelty. Catching a rare zombie is a heart-pounding challenge and a genuine thrill.

And a potential boost to your personal finances.

At the top of the rarity tree are an array of zombie ministers, and above them Queen E. There’s only one Queen E in season 1, so if you manage to bag this ultra-rare zombie you’re not only flush with YoKen but endowed with almighty bragging rights too. In season 2 there will be a brand new unique enemy for you to capture

Alas, YoHunt isn’t actually out yet, and it won’t be out until later in 2023.

That’s because its developer is working hard on getting the gameplay right, creating a vast population of zombies, and ironing out the kinks that can otherwise bedevil a technically ambitious game like this (remember the early days of Pokemon GO!?).

Plus, YoKen needs time to establish itself within the cryptocurrency community. And that process has just begun.

The YoKen pre-sale began on October 31st, just in time for Halloween. It runs until November 14th.

This is your chance to get involved at the earliest stage.