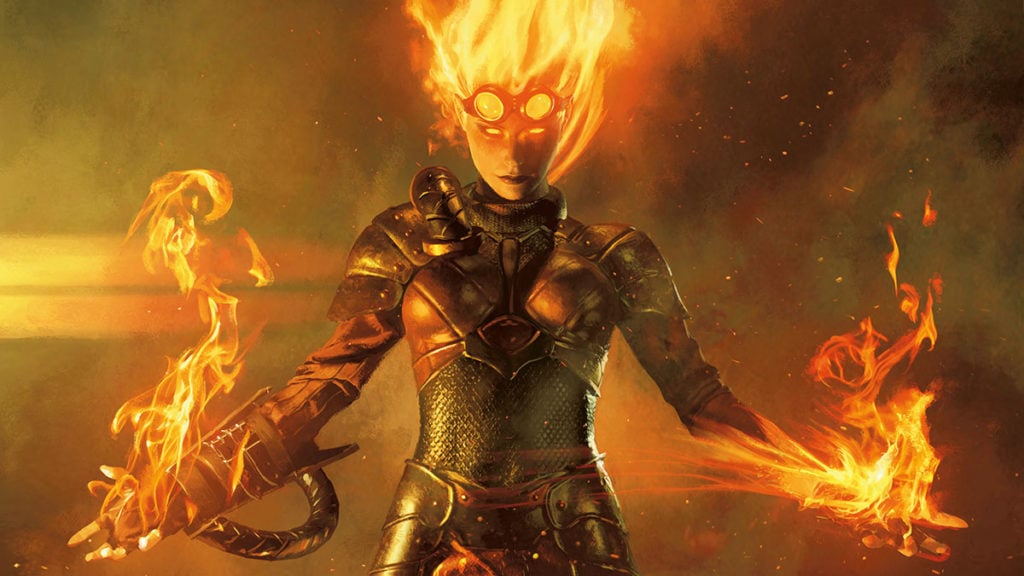 One of the best genres to play on mobile is a good ‘ol fashioned card game, or even a TCG. Games like Yu-Gi-Oh or Magic the Gathering work tremendously well on a touchscreen device. But what are the best Android card games?

In our search to find the definitive best Android card game, we’ve created this sizeable list! From easy to super complex, we’ve got it all.

A brilliant conversion of one of the most popular TCGs around, MTG: Arena mobile is fantastic. If you’re a fan of the tabletop game, you’ll love how Wizards of the Coast have brought the game to life on mobile.

Sure, Arena is not as complete as Magic the Gathering online. However, Arena benefits from having gorgeous visuals; it doesn’t look like something you’d do your taxes in.

Magic the Gathering has long been lauded as one of the best TCGs ever made. With MTG: Arena, you’ll be able to test that for yourself. After all, it is free to play!

Debuting in The Witcher 3, Gwent is a card game that took gamers by storm. A mini game so popular that it spawned an entire free-to-play game, Gwent is absolutely a contender for the best Android card game.

An addictive and engaging mix of a TCG and a CCG with a few strategy twists thrown in for good measure. It’s really well put together, it’s easy to get to grips with and you’re going to sink hours of your life into it.

If you like Magic the Gathering, you’ll likely enjoy Ascension. Created by a team of pro MTG players, Ascension is designed to be the best Android card game there ever was. Does it succeed? Not quite, but supporting small teams is always enjoyable.

Ascension lacks the visual polish of other competitors. Unfortunately, its visuals are more similar to Magic Online than Arena. (That means it looks pretty barren.)

Nevertheless, this is a strong contender for best Android card game, but it is essentially just Magic. Not only is the gameplay similar, but even the art style tries its best to emulate the original.

If you’re a Magic fan looking for an alternative, there’s absolutely worse you could do.

A massively successful rogue-like card game, Slay The Spire presents you with a set of challenges that changes each time. The game is a cross between a card game and a turn-based combat RPG. You need to advance up the spire, but you’re going to need to face a lot of enemies along the way.

Rather than fighting in a typical way, you’ll find yourselves using cards to best the monsters you encounter. The cards can also potentially help you out of other sticky situations. Be careful though, the spire changes each time, so you can never be certain what you’ll find.

Out of the official Yu-Gi-Oh games available on Android, Master Duel is absolutely one of the best.

If you’re into modern Yu-Gi-Oh, with Link Monsters and all, then Master Duel is a strong recreation of the card game. It looks great, runs well and is genuinely a lot of fun when you finally understand what’s going on.

However, Master Duel does have one hell of a learning curve. With so many mechanics chucked into the game over the past 20-odd years, there’s a lot to remember. Combine that with thousands of cards and you have a lot of studying ahead of you.

If you’re a fan of Riot Games’ League of Legends, then this will probably be the best Android card game for you. A lighter, friendlier Magic the Gathering-style TCG, this is one of the most popular Android card games for a reason.

Mostly, the best part about Runeterra is its presentation. It’s not on the level of MTG Arena, but it is a very polished and fun alternative. Also, it has League of Legends characters in it.

Runeterra is beloved for its addictive Magic-esque gameplay, but also its progression system. Essentially, Runeterra feels fair, not like it’s trying to squeeze you of every penny. Yes, there’s still heavy monetisation, but you can easily get by without it.

A follow-up to the fantastic Card Crawl game, Card Crawl Adventures combines that game with Card Thief to create an awesome card-based roguelike. Damn, that sentence used the word “card” a lot!

Developed by Arnold Rauers, Card Crawl Adventure is a brilliant and beautiful card game on mobile. Filled with gorgeous art, this indie card game is more than worth your time.

The game is completely free to play with the base character. However, if you want to experience other characters, you’ll need to pay for them.

At the end of the day, Card Crawl is a brilliant solitaire-like card game. We absolutely recommend picking it up.

Exploding Kittens is a fast-paced card game from the minds behind popular webcomic The Oatmeal. It first made headlines as the most successful Kickstarter project ever. It’s a bit like Uno, but with a good deal more card-stealing, irreverence, and, of course, exploding kittens. It’s also packed with original art, and the digital version comes with its own unique cards, so there’s a reason to download it.

Some card games might sell themselves on novelty, humor, or complexity. Cultist Simulator sells itself on extremely compelling writing and atmosphere. The game is the brainchild of Alexis Kennedy, the creator behind much of Fallen London and Sunless Sea. Fans of those games will appreciate the same sinister Lovecraftian energy also arises in Cultist Simulator.

You need to build a cult, commune with cosmic horrors, and not starve to death in the process of pursuing it. The cards you draw might help you do so. The table quickly grows in complexity. The learning curve is steep, but the narrative is immaculate.