Since we sat down for a more casual type of interview then your typical Q&A type of deal, this interview won’t follow the same static format as previous interviews we’ve done where we type the question and then the answer. Instead we will go over what we talked about in regards to the Mojo console, the controller coming with it, peripherals, apps and other questions we had as well as you, our readers, also wanted answers for.

One thing was made clear throughout the interview, Mad Catz is promising the most powerful Android console that will be available at the time the Mojo launches. While details about the hardware specs that are finalized weren’t spoken about during the interview for a few reasons, we will be one of the first to bring you those specs when we get them. The console we played on was a newer prototype one with earlier test hardware. 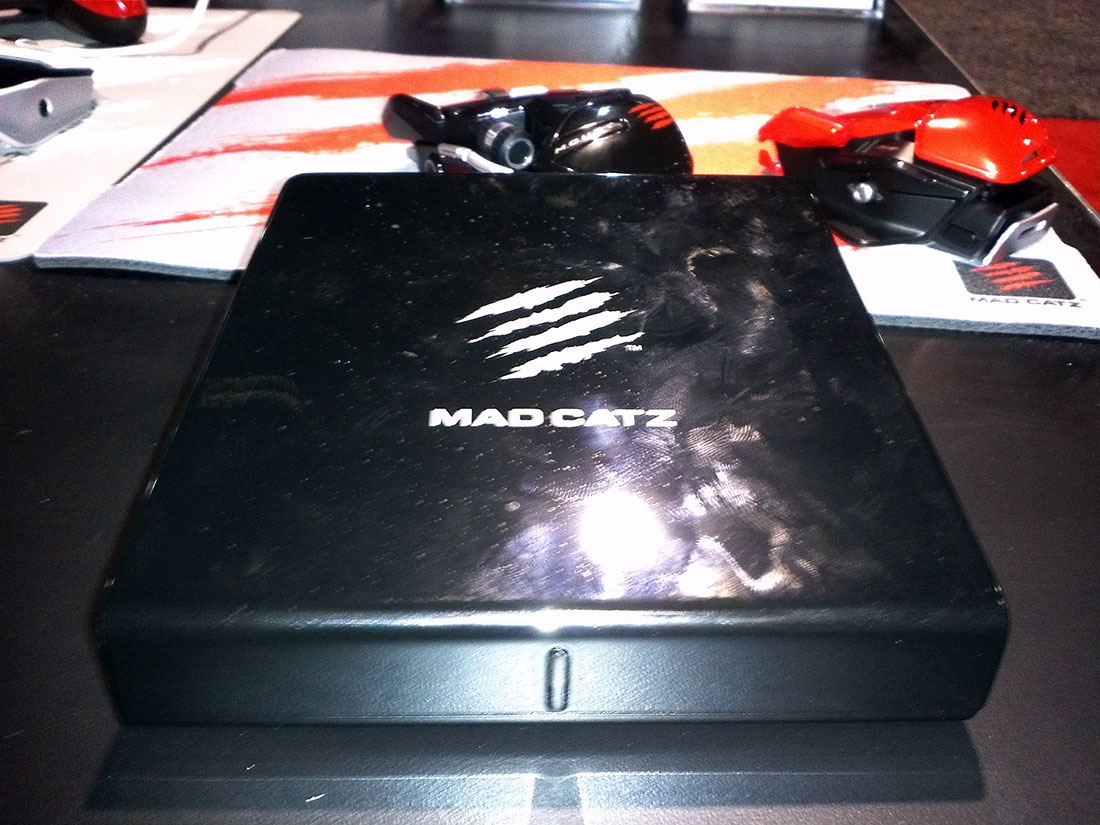 The console will ship with one controller and additional controllers will be made available for purchase as well. These controllers are sturdy, feel solid in your hand and will be cross-platform compatible. This means you will be able to use the controller with the Mojo console, your Android phone or tablet, your PC and anything else really. The Mojo console itself ill support all types of peripherals as well. We used the Mad Catz S.T.R.Y.K.R keyboard and R.A.T.m mouse with it for a bit.

While we talked about various aspects regarding the Mojo console, we got to see what the final design of the case will be. The unit demoed by a lot of sites during E3 2013 is now extinct. The new model is 20% bigger and now comes with the option to hardwire your internet right into the console in case you don’t feel like using WiFi.

To address the issue of games that are touch-based controls and a controller really won’t work with the game, players will be able to turn on a Mouse Mode. This will allow you to use your mouse to play games, such as Angry Birds for example, that rely on touchscreen controls. 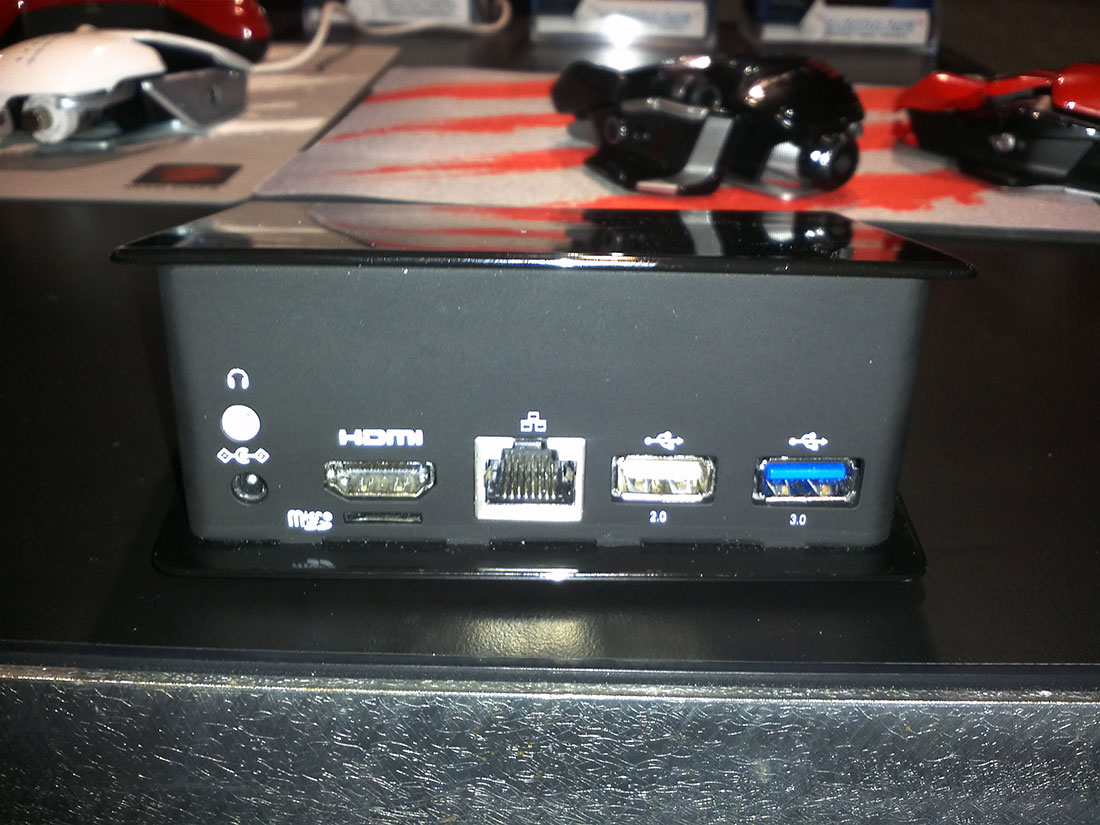 Now as for the question regarding rooting the Mojo. The console will be shipping with stock Android 4.2 as its OS and therefor people who are technically inclined to do so can root and customize the Mojo. There won’t be anything in place or safeguards to prevent anyone from rooting the console. However, Mad Catz won’t be promoting that you do so and anything you do to the Mojo that ends up breaking it and that the console isn’t intended for will void your warranty. But as for preventive measures, there will be none.

The console is also completely app friendly. Since you can use peripherals with it like a keyboard and mouse, you can use office software and pretty much anything else you want. We tested out some actual office type of software with a keyboard and mouse setup and it worked great. Then you just email yourself or cloud save whatever work you want to access later. 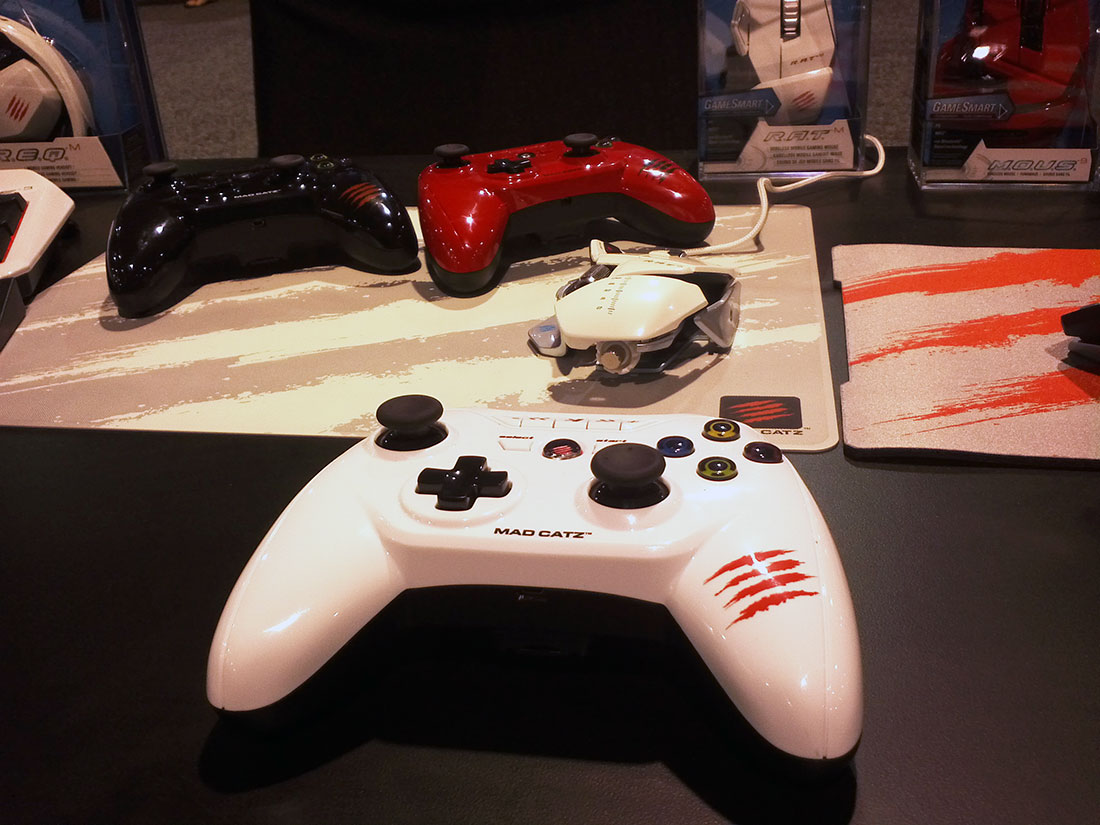 Speaking about apps, Mad Catz told us that there will be a companion application which will allow users to tweak settings and other features of the Mojo console. While details we not given as to exactly what this all would entail, since it’s still in development, we can guess that perhaps that aside from settings and functional tweaks, the companion app may turn your phone into a controller as well. That’s our guess though.

When asked about live gameplay streaming support (such as to Twitch.TV), that is something of a possibility down the road, also possibly in the form of a companion application. However if a developer comes up with an app to do that ahead of time, you can use that too since anything you do with your Android phone or tablet can be done with the Mojo as well. This is mostly because it runs stock Android 4.2. This does include side-loading other content as well through the USB port (both USB 2.0 and USB 3.0 ports available). There is a MicroSD card slot as well for additional storage should you need it.

So there you have it. The release date is still slated for the holiday season and no official pricing has been announced yet (We have an idea of pricing but we can’t say anything). For all you hardware spec fanatics out there, as soon as we get the specs sent to us, we will make sure to post an update article about it.

We’d like to thank both Alex Verrey and Nathan Aguilera for taking the time to talk to us about their upcoming Mojo console. Also, if you have more questions, get them ready as we will be doing a live Q&A session with Mad Catz in mid-September and everyone is welcome to join in. We also have hardware reviews on the way for various peripherals from Mad Catz and as soon as we get one, the Mojo console as well.