Everyone was paired up randomly with the qualifier round having no play in who got paired with who. The only thing that came into effect was the type of phone each player has but other then that it was completely random. I would like to say thanks to everyone competing in this tournament for their patience and feedback as well. Holding an event like this for the first time when it has never been done before can be quite difficult and although there have been the odd bump in the road, you all have stuck by and helped out.

A few statistics you may be interested in before I get to the ladder. I won’t reveal too much information but it was requested that a list of the phones being used in this tournament would be cool to know so here it is. I won’t say who is playing with what though!

Phones in the tournament from the beginning of Round 1 ladder play:

And in case you were wondering the total number of official sign-ups for AGC1 was over 400 so it was no easy feat getting into the Top40. So now that round 1 is over here is what the ladder looks like: 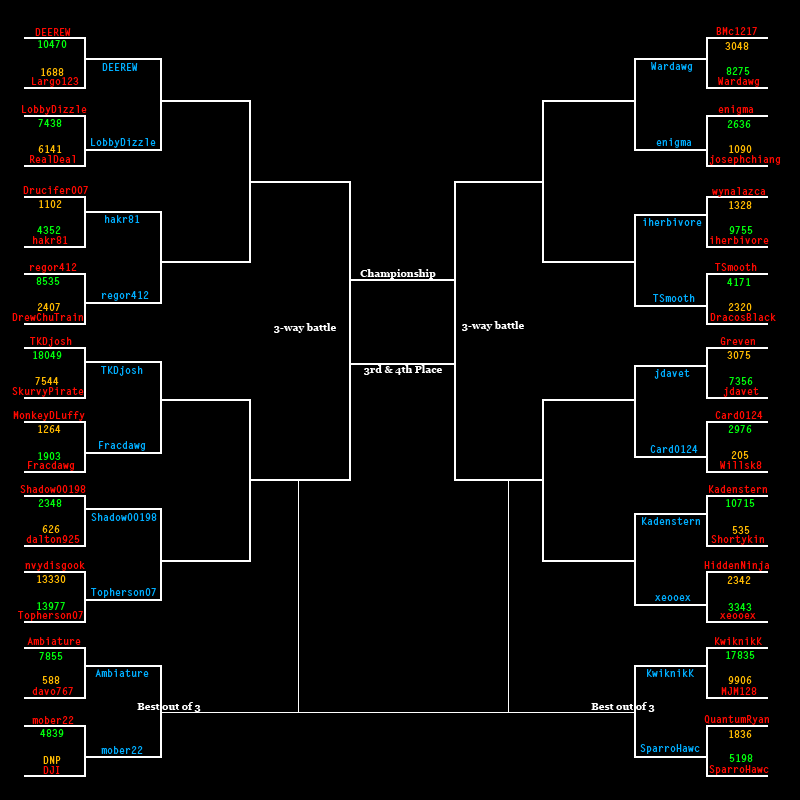 So now we will announce the next game for AGC1 – Round 2. The goal of this game is the same, just beat your opponents score. This round will start August 10th, 2010 at 11:30am PST and go until August 11th, 2010 11:30am PST. This game uses Scoreloop so please make sure you use your username/email addresses that you signed up with. If you are in the “Best out of 3” area you can find a description of how it will be run in the Round 1 post.

The game for round 2 is…drum roll please!

It is available right now on the Android market and will remain there until 10:30am PST August 10th, 2010 so you’ll have plenty of time to get it and get some practice in. The scoreboard will be reset at exactly 10am PST August 10th, 2010. Thanks to Hyperbees for providing this game for AGC1! If you like this game, Antigen by Battery Powered Games or OrangePixel’s DynamoKid Run please support them by purchasing the full version after the tournament!

Update August 9th, 2010: I had to make a correction on the leaderboard. LobbyDizzle beat RealDeal. Thanks to nvydisgook for catching that.

TIP: Controls are calibrated at the 3-2-1 countdown screen so hold the phone during that screen with the way you’ll be holding it while you play and it will calibrate your controls to that.

Update August 9th, 2010 4:20pm PST: New version of SketchWars is now available for download. Please make sure you update it. Also to improve performance stop all tasks that are running in the background (aside from system core ones) and turn off sound/vibration. This should help. Don’t forget to clean your dead enemies off the screen! This lowers the amount of enemies on the screen and keeps your FPS higher so there will be less lag plus you’ll also get a higher score.

Update August 9th, 2010 5:35pm: New game has been selected for this round. It will be Prism 3D AGC. QR Code changed to reflect the new game.