It has been over 6 months since we have seen a release from Battery Powered Games who have developed games such as Light Racer 3-D, Light Racer Elite and Wixel. However, during those 6 months they have been pretty busy developing their new game called Antigen which features OpenGL hardware acceleration, full music and sounds, and multitouch.

I’ve been playing this since it dropped onto the Android market roughly 8 hours ago. It’s a very addicting game which comes in two flavors, Antigen and Antigen: Outbreak. Not only is it a puzzle game but an action game rolled into one with boss fights and power-ups. You use the D-Pad to move around and the buttons on the right to rotate your little blue character to fit into the incoming enemies. You can also opt to use the trackball to rotate your little guy should you not want to use the buttons. 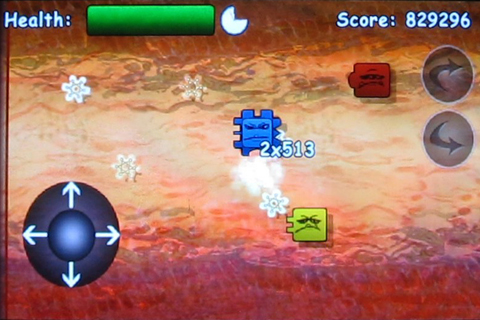 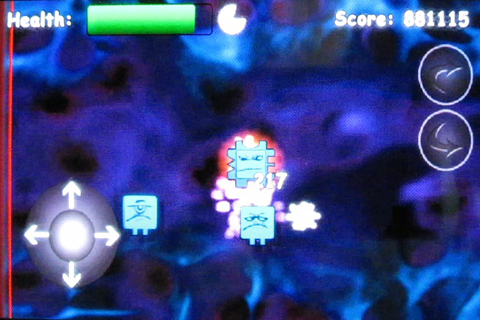 Both games support Android 1.6 or higher so this should work well on just about every Android device out right now. The graphics and animation in this game are great and the gameplay is intense. This game will let you get used to the controls before it starts getting harder and harder. Aside from power-ups you can also make high scoring combos, collect molecules in succession for multiplier bonus point and more.

Even though there are a ton of puzzle games out right now for Android, a few manage to set themselves apart from the herd and this is one of those games that just takes puzzle games to another level of enjoyment. Definitely one for the collection. You can pick Antigen up from the Android market for Free or Antigen: Outbreak for $2.99USD.