[Update: Released] Com2uS will be bringing Guild Battles to Summoners War in the next update

It seems that the month of February is turning out to be a big month for game updates. Com2Us has announced that they will be updating their Summoners War title on Android with a major content update which will include a new Guild Battle feature. This is part of Com2Us celebrating the game’s newest achievement – surpassing 30 million downloads.

Update March 9th, 2015 8:01am PST: Just a quick heads up that Guild Battles is now available in Summoners War. The update was released during GDC 2015. 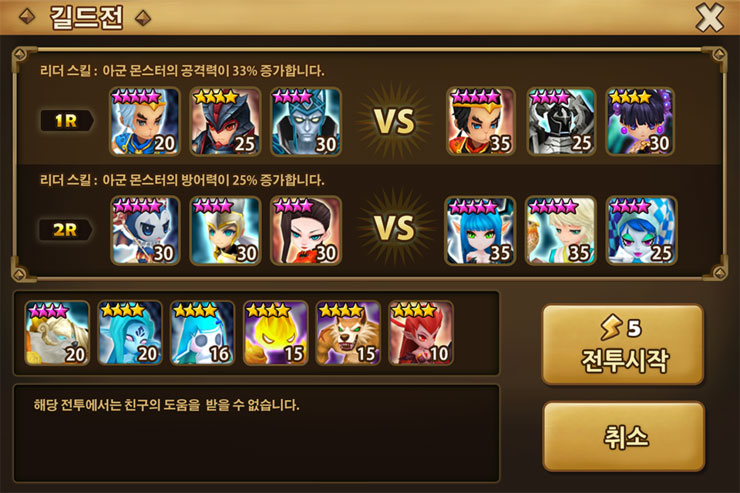 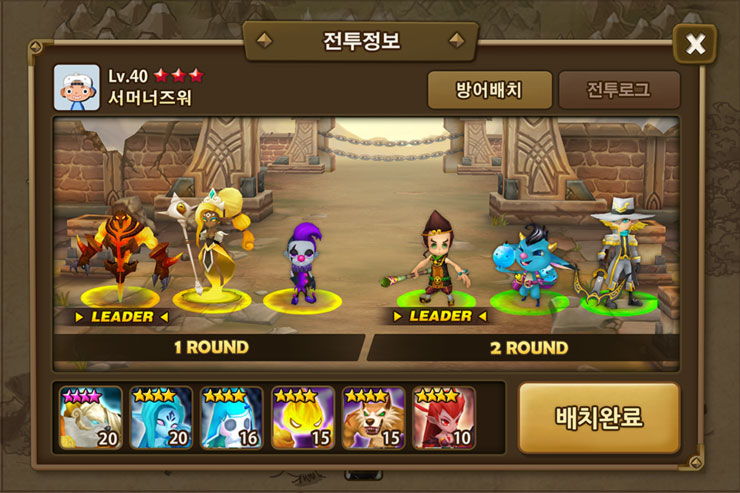 Guild Battles is pretty much as the name sounds. This new feature of the game will allow users to participate in group battles with their existing guilds. It is a feature that has been requested by a lot of people so this should make everyone happy when it arrives. Guilds who want to participate will need to register ahead of the starting time for each Guild Battle. Guild Battles are a weekly event. Here’s the breakdown of how they will work:

– Guild Battles will be weekly from Monday to Saturday. During the 6 days, you will be able to battle 3 times. At the start of the Guild Battle, the Guild Leader of Vice-Leader can initiate the battle once they press “Start”.
– Both guilds will battle for one hour simultaneously and the automatic matching will be decided by guild points. For the guild points, it will be similar to the Arena. Winning will score you points while losing will bring your guild score down.
– If you tie with an opposing guild, and you still have time remaining, then you will be matched with a different guild instead. In the duration of an hour, you will have a limit of attacking 5 guilds.
– If after 1 hour you are battling your 4th guild battle, you will be able to complete the battle even after the 1 hour time limit and the points will be calculated accordingly. But, if it was your 5th guild battle, the battle will end once the 1 hour duration is up.
– Once your guild battle is over, you will be able to battle again after 20 hours from the time you have finished your previous guild battle.

As for when the update will be pushed out to Google Play, no exact release date has been announced as of yet, only that it will be ‘coming soon’. Com2Us also plans to hold a special event for players to participate in with a chance to win a limited edition character and other in-game prizes. The company also released a big infographic that you can check out below and features various details about Summoners War from the time it was released until breaking the 30 million downloads mark now.

For the full rundown of how Guild Battles plays out, you will want to check out the official post over on the Com2Us forums.