Deus Ex GO will be taking place in the Deus Ex universe with players taking on the role of covert agent Adam Jensen. Players will be doing a lot of the activities normally found in regular Deus Ex titles, such as hacking, using augmentations to your body for advantages, combat, and solving puzzles. You will also be working alongside your allies in TF29 and the Juggernaut Collective, all with the goal of infiltrate different locations in order to unravel a conspiracy behind a pending terrorist plot. 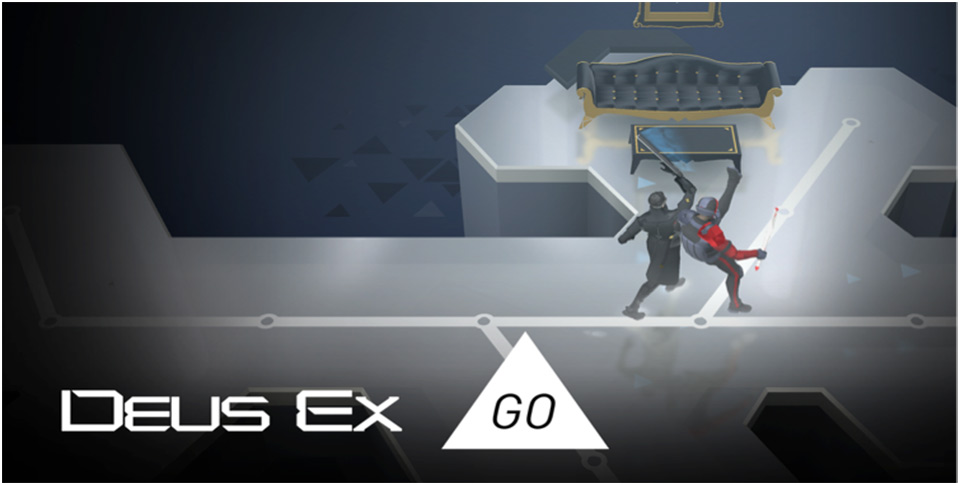 With Deus Ex GO, we really want to take the GO series to another level. Building on the learnings of Hitman GO and Lara Croft GO, our goal is to push the experience a step further in terms of visual treatment and game design in order to bring you a fresh, reimagined puzzle experience that celebrates the franchise. Our team has also been hard at work designing a smart, game-changing new feature that will allow you to expand your game experience: the puzzle maker. – Patrick Naud, Head of Studio at Square Enix Montreal

So, not only will players get a full GO game in the Deus Ex world, you will also be able to create your own puzzle that other players can try their hand at once the Puzzle Maker is released. That won’t be happening until a few weeks after the initial game’s launch though. As for the main game’s launch date, right now it is just labeled as ‘Coming this Summer’. In the meantime, you can check out the reveal trailer below. We will post an update once more details are released.