In an effort to help everyone, from the single person developing games to the indie team coming over to Android, here is a list of resources that you may want to use. Please note I personally don’t have experience with all of these so this is in no way a recommendation to use something, everyone is different and with that in mind, you may like one particular resource over another. If you know of a resource that isn’t listed here, let me know and I’ll add it. These are in no particular order:

What it does: Scoreloop does a lot actually. While not only adding social elements to games such as achievements, rewards, high score boards, and Facebook integration they also have other services to help you be successful as a game developer for Android such as offering in-game paid content and currency. This is what as known as a Freemium business model where your game is free but extra content and features, bonuses and more can be charged for in-game whether the user just pays money or buys in-game currency and uses that to purchase the extras you make available. Lots of games right now are implementing Scoreloop.

What it does: It’s a full development SDK allowing for game/app development for multiple platforms all at once including Android. This SDK also allows you to port an existing title from one platform to another.

What They Do: These allow you to develop apps/games for the Android platform.

Features: Pretty much anyone who has even considered developing for Android knows about these already. A quick rundown – .APK packaging and signing, GUI building, development of performance-critical portions of your app. Note: Android NDK can only be used in conjunction with Android SDK.

What it does: Allows you to develop games for cross-platform play.

*Note: Currently not available to anyone outside of Namco as far as I can tell but it’s listed here since you can sign up for UniteSDK updates. It could be released to the public at some point*

What it does: Cloak is a 2D game engine that allows just about anyone to code their own 2D game for Android.

What it does: AGE is an open source, LGPL game engine for the Android platform that will push to streamline and standardize Android development for games with a focus on performance, size, and modular design. Includes helpers for graphics, input, user interface, network, physics, music, sound, and more.

What it does: Cocos2d for Android is a framework for building 2D games, demos and other graphical/interactive applications.

What it does: A 2D Game engine for Android that uses a variety of classes to create playable and attractive games much quicker than it would starting from the ground up.

What it does: Develop 2D games using OpenGL ES on Android providing as much speed as possible. The engine is entirely coded in java so you can overload every object for your convenience.

What it does: jMonkey Engine (jME) is a high-performance 3D game engine, written entirely in Java. OpenGL is supported via LWJGL, with JOGL support in development. For sound, OpenAL is supported. 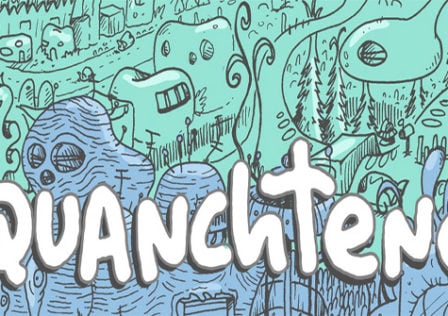 Vivendi may be looking to takeover other companies besides Gameloft