Google has revealed what their next project is that they are working on and it is called Project Tango. Usually we don’t report on these kinds of things unless there is some sort of benefit to gaming on Android and with Project Tango there could be a pretty interesting benefit in some way to exactly that.

Why is that you ask? Because Google’s Project Tango will apparently come with Kintec-style motion tracking and that means we could very well see motion-based games on Android in the near future if this project takes off and a real product comes out of it. In fact Google mentions exactly this point in their description and reason for making such a device:

This motion-tracking feature comes to us via a new co-processor from Movidius, called the “Myriad 1”. This new chip was designed solely for the purpose of bringing this Kintec-style motion tracking to smartphones (and tablet too we are sure), and this isn’t so much about hand gestures in the air or anything like that. It’s more meant to let the phone know where it is in 3D space. This is accomplished by tons of with sensors on the read of the phone that allows the device to scan a room, similar to Kintec, and build a 3D model of it which games could interact with. 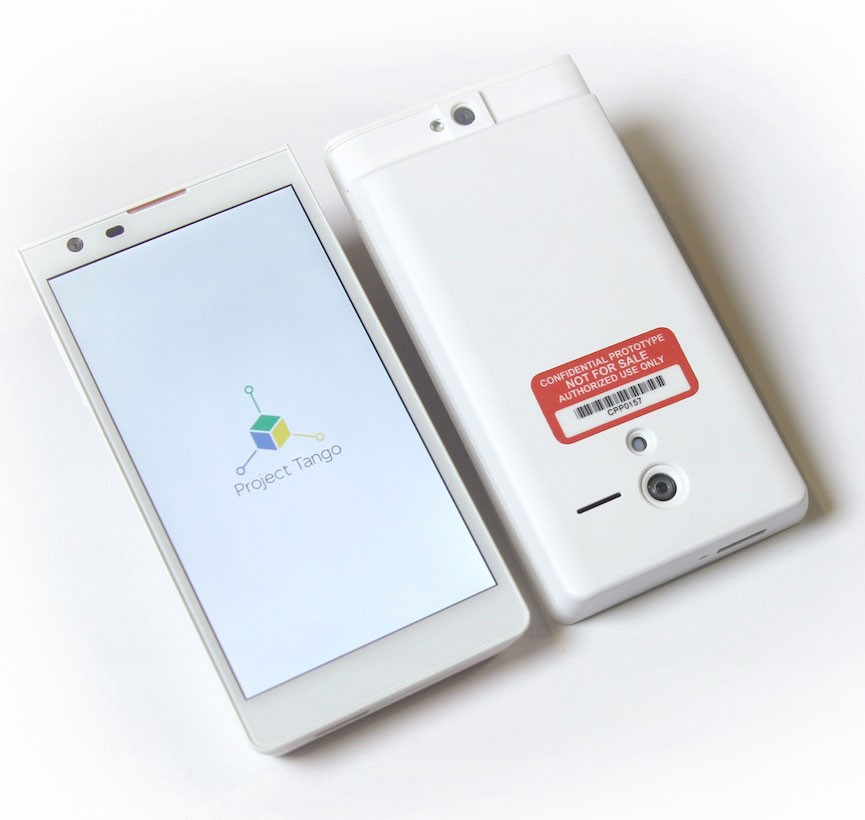 There is a prototype device already and this prototype has a depth sensor, 4MP camera,  and a second camera for motion tracking built into it along with two computer vision co-processors. All of these are located on the top and bottom of the device so you can actually hold it and not block any of the camera.

Right now Google is offering up 200 spots for developers to be apart of getting one of the 200 prototype devices to develop for. All you need to do is pitch an idea to Google and if they like it you will be one of the 200 lucky developers to get a prototype phone. All units will be shipped out by March 14th, 2014.