The S.U.R.F.r actually made its first debut back in the early part of 2015 during CES that year and alongside the newly designed L.Y.N.X.3 mobile game controller. The S.U.R.F.r is a hybrid devices, meshing together a mobile keypad (full keyboard almost) and a game controller, all into one peripheral. It can be connected via Bluetooth to your Android device of choice, and you can either keep it separate or use the included attachment to have your phone attached to your controller a la MOGA style. 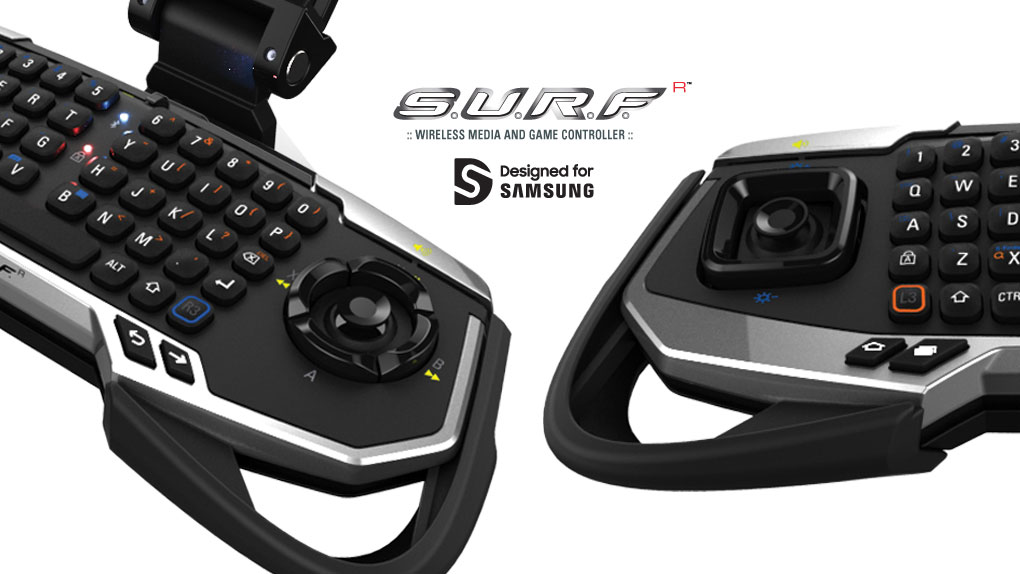 This new refreshed version of the S.U.R.F.r controller doesn’t really stray too far from the original’s design and layout. The only real difference is that the attachment clip is mainly designed to fit the Galaxy S7 and Galaxy S7 Edge. It has two thumbsticks, the standard four buttons (A, B, X, Y), two triggers, the full media keyboard, and shortcuts specifically for use with Android. So pretty much the same as the original.

Price-wise, this new version will probably stay around the same price as the original S.U.R.F.r, which was $80. While no specific launch date was announced, it’ll most likely arrive at the same time both phones launch, which will be March 11th. Mad Catz also revealed the Micro C.T.R.L.r as well for the Samsung flagship phones. This is just like it sounds, a smaller, more compact version of their C.T.R.L.r gamepad. More details on that later.