The Mocha has the new quad core Tegra K1 chip, which will also be in the Shield 2, along with two cameras – one 7MP camera on the back and a 4.8MP front-facing camera. It is worth noting that it would only have 2GB of RAM, less than the Shield 2’s 4GB. 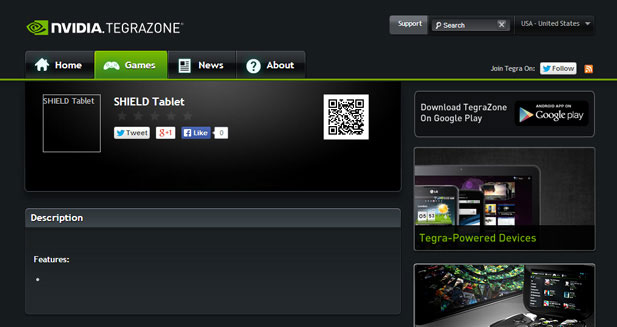 While Fudzilla gave no specific source for this tablet being capable of using GameStream in their original article aside from the inclusion of 5GHz WiFi support, a key feature of the NVIDIA Shield which is needed to run GameStream, their claims have been backed when a listing for an Shield Tablet appeared on NVIDIA’s Tegrazone website for a brief moment. It has since been taken down.

Since this is a tablet we are talking about, it would require a separate controller in order to function like the current Shield. The Shield 2, while by almost all means confirmed to be happening, has still not been officially announced.