We are here at the nVidia Press conference here at CES 2011 and we will be live blogging during it thanks to actually having my WiFi back up and running! Feel free to jump past the break and join us.

Just hit refresh every couple of minutes… Coverit! live is giving us issues so we are doing this manually.

11:56am: Still waiting for the press conference to start.

12:10pm: Talking about 1995 and comparing it now in importance in technology.

12:11pm: Saying it is the beginning of a new era once again in technology due to the mobile advancements. 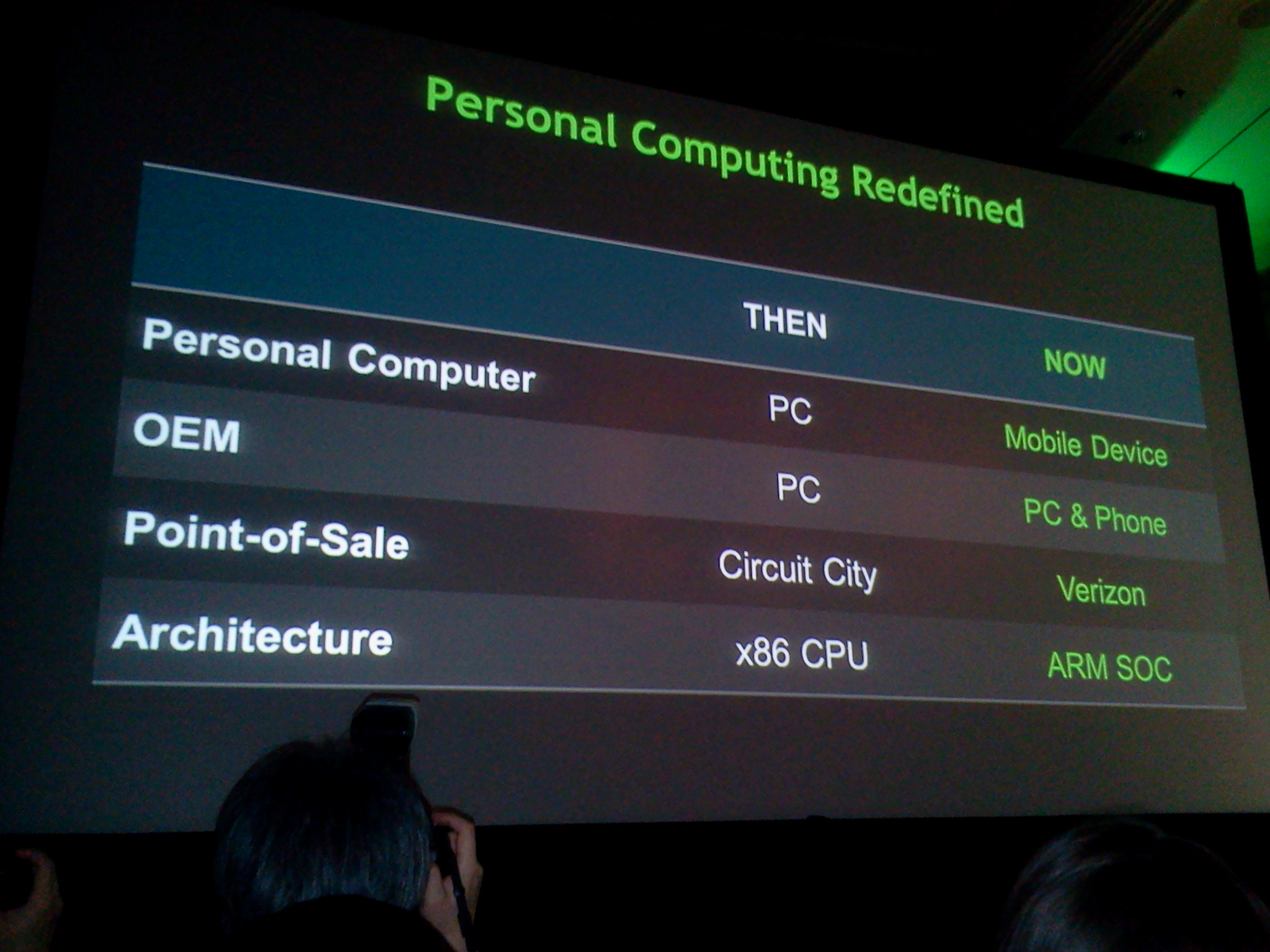 12:17pm: Talking about the Tegra 2 chip and multitasking. nice big picture of Dungeon Defenders under the heading “Best Game Content with GeForce GPU” 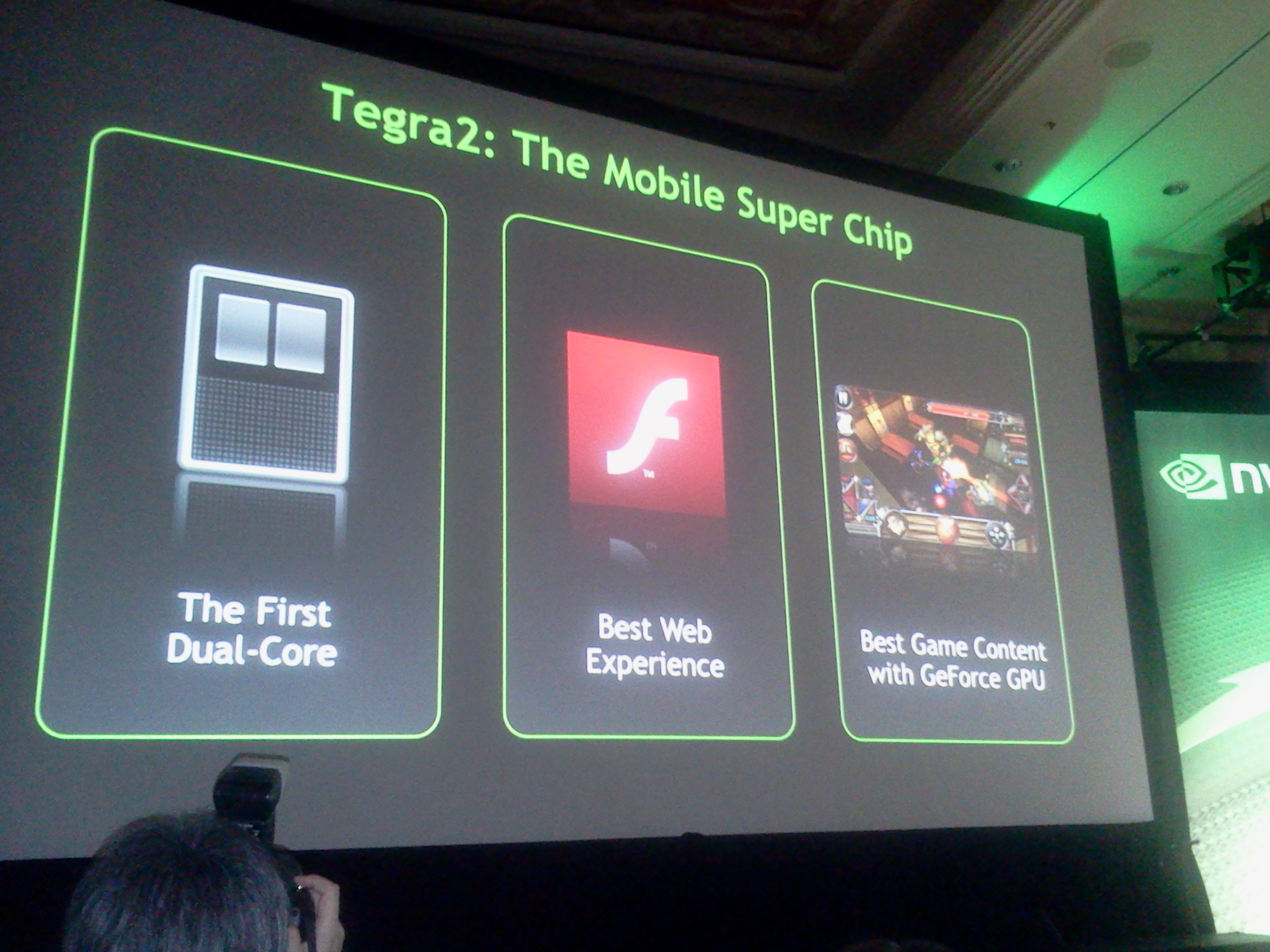 12:20pm: Tegra 2 announcements will be throughout CES, not just during this press conference. Tablets/phones/etc etc

12:21pm: Focusing on the ‘Super Phone’ for this conference. Nice big Android phone picture on the screen, at least it looks like it, with pictures of games. Don’t worry I’m taking lots of pictures which I’ll add just after the press conference. 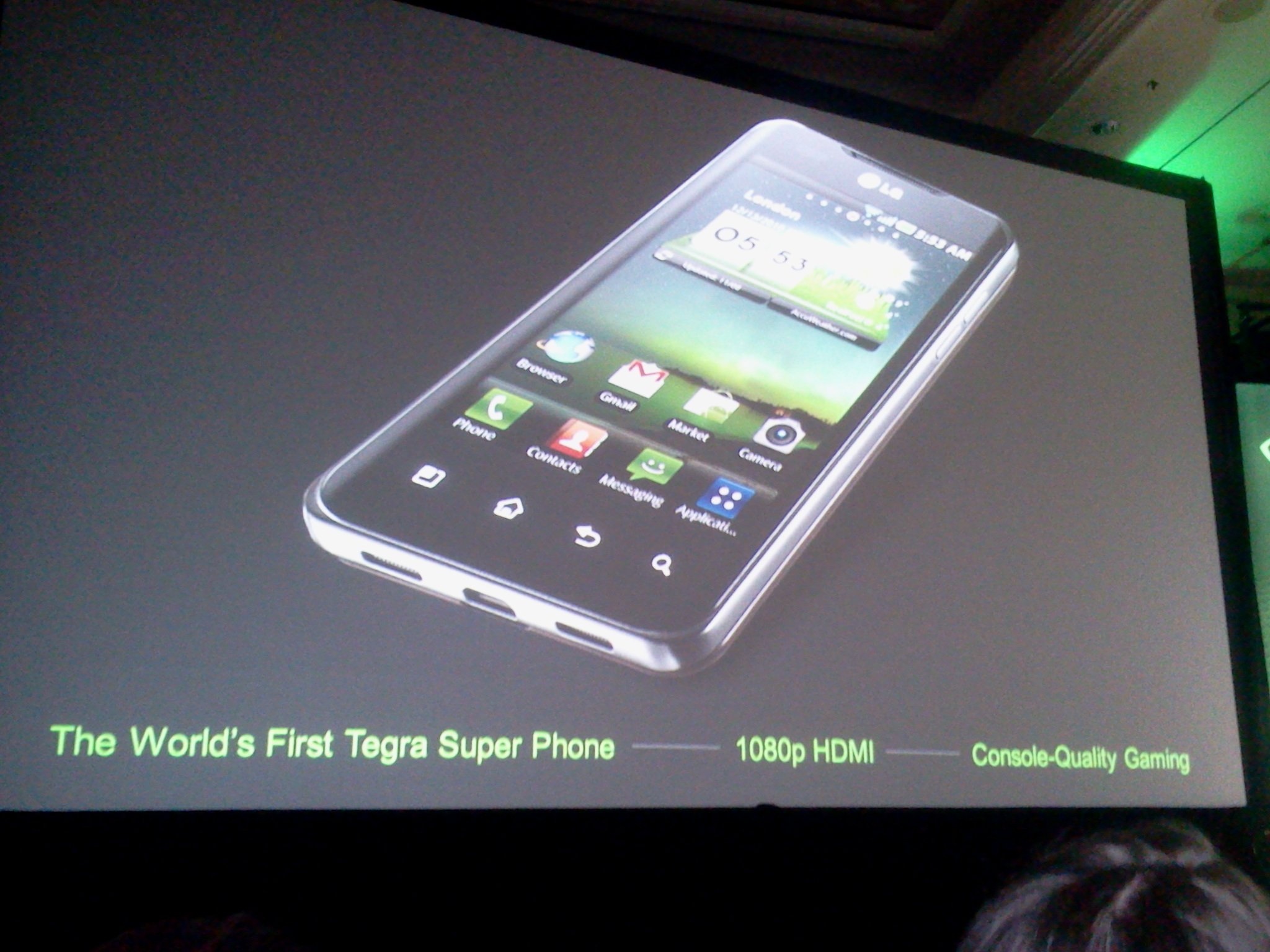 12:23pm: Announcing the worlds first Tegra 2 super phone, by LG, guess what it is? The Optimus 2X

12:33pm: Filming the test run for everyone

12:37pm: We took all the bandwidth during the test run. We all suck apparently but it was funny. I have it recorderd and will upload shortly.

12:38pm: saw Samurai II on the phone during the test run. Going to try and nab a video of it. Right now showing off Flash gaming on a non-tegra phone and the Optimus 2X. It is way faster.

12:42pm: Will be planning to run to the Samsung conference after this right away. Adobe and nVidia congratulating themselves right now on stage.

12:45pm: Not a whole lot coming out of the nVidia press conference. The test run was pretty cool which we will be uploading shortly while sitting in like for Samsung. Adobe CEO done and off stage. Talking about games now. 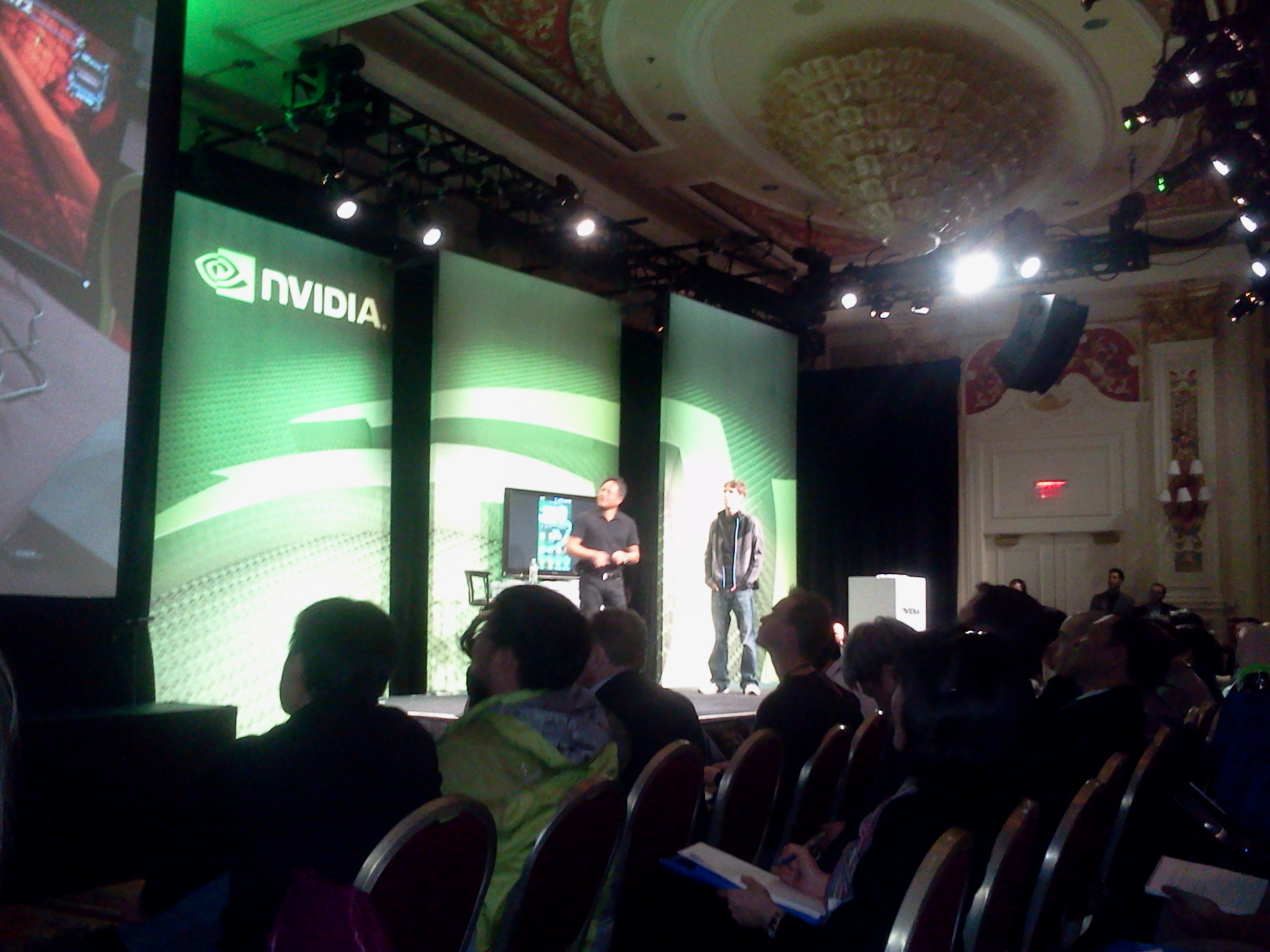 12:50pm: Another game announcement! Something 3D from Mobilebits

12:53pm: Soulcraft by Mobilebits looks ridiculously awesome. Got the demo filmed and will upload asap. 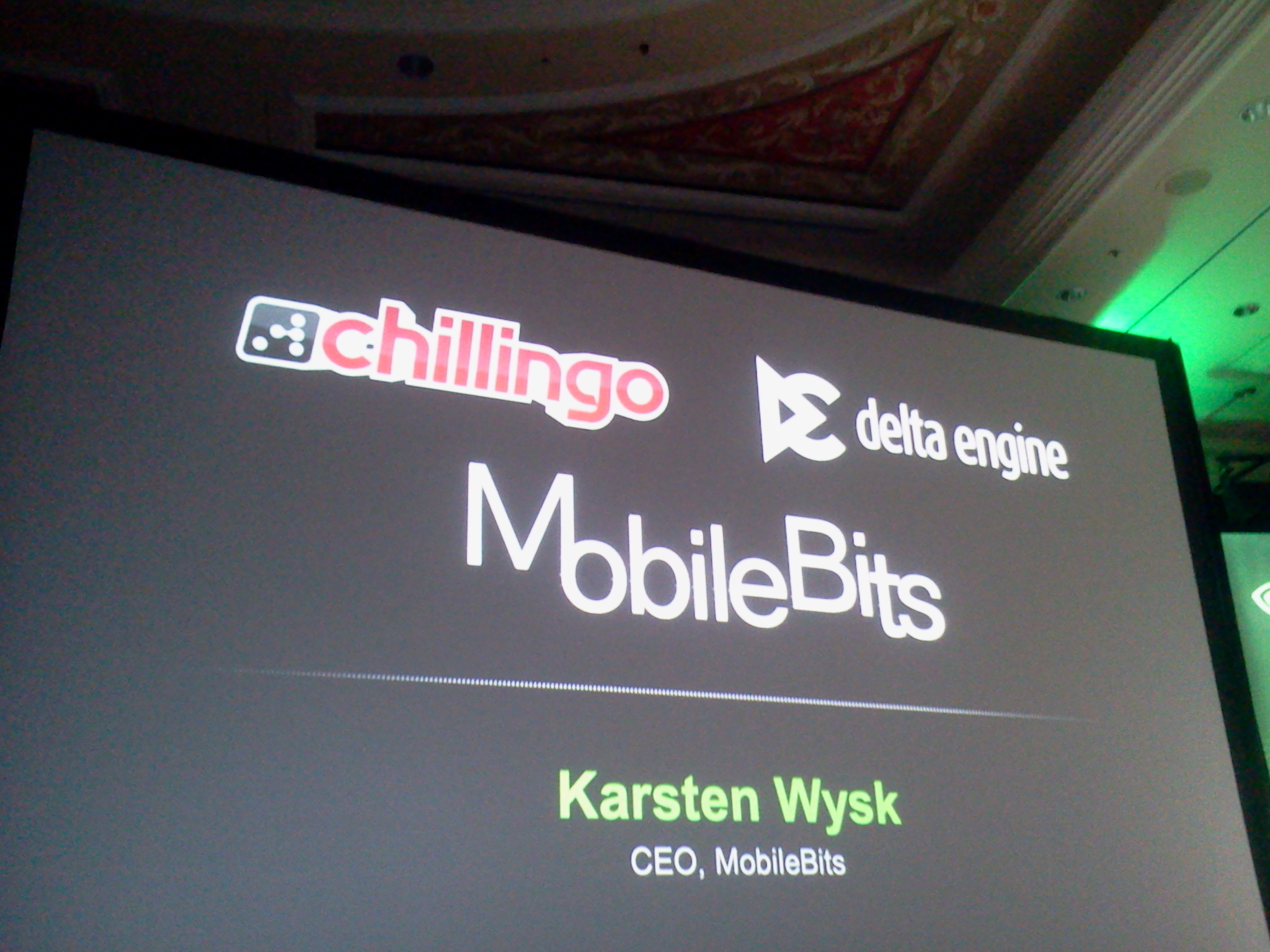 12:57pm: Video conferencing on an Android talet via Skype was to be demoed. For some reason it won’t happen. It will be HD video talking over a tablet.

1:00pm: nVidia conference running longer then expected. hopefully the line for samsung isn’t too massive. nVidia are now talking about their chips being in various devices from small to large PC. Talking about the awesomeness of ARM 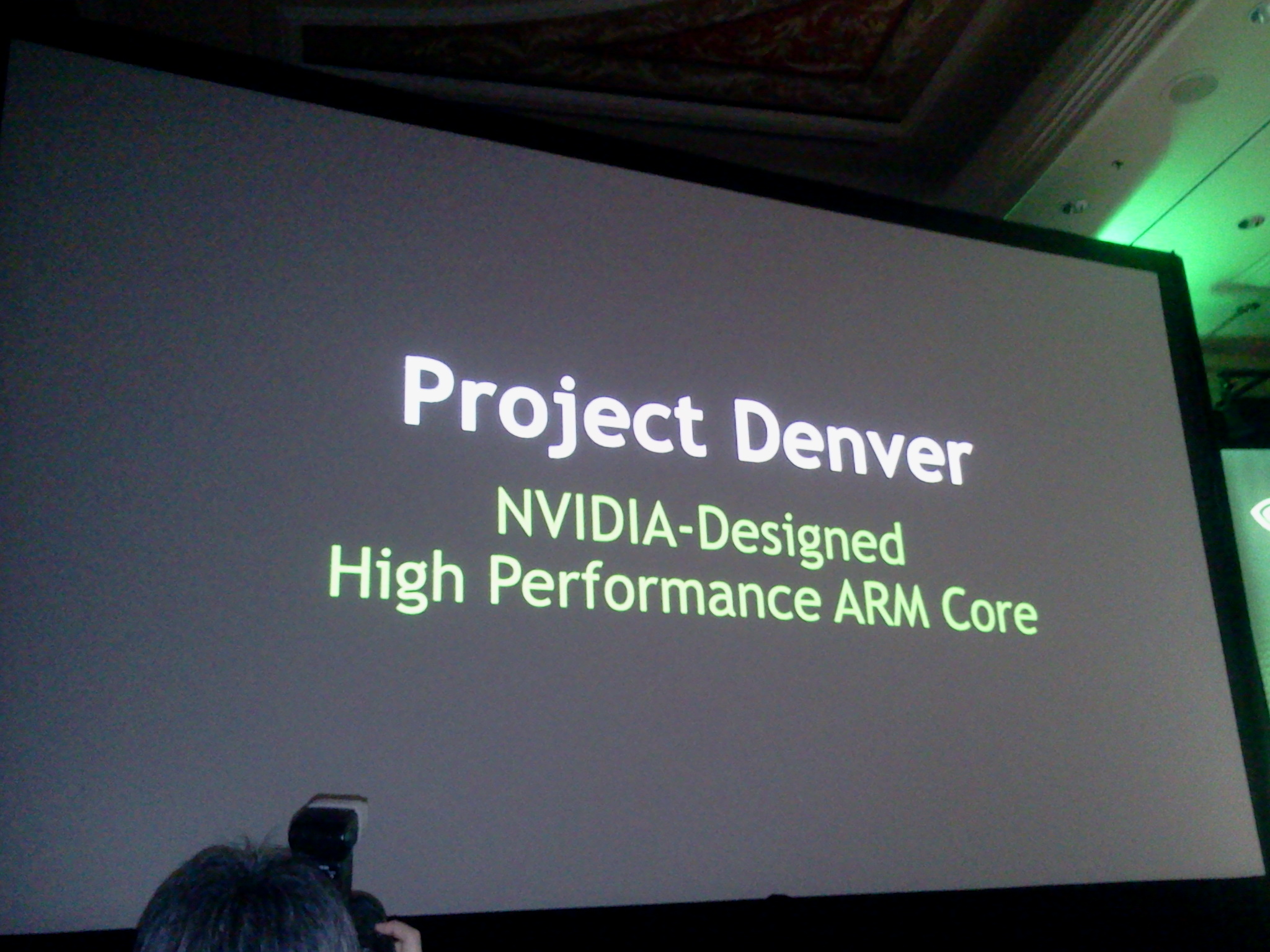 1:06pm: nVidia press conference is wrapping up and is over.