This update isn’t too different from last week’s Shield tablet update, with the majority of this one being game optimizations along with additional enhancements as well. In total there are 12 games that have received Shield Android TV optimization, whether it be games released on Google Play or through Nvidia’s GeForce Now service. 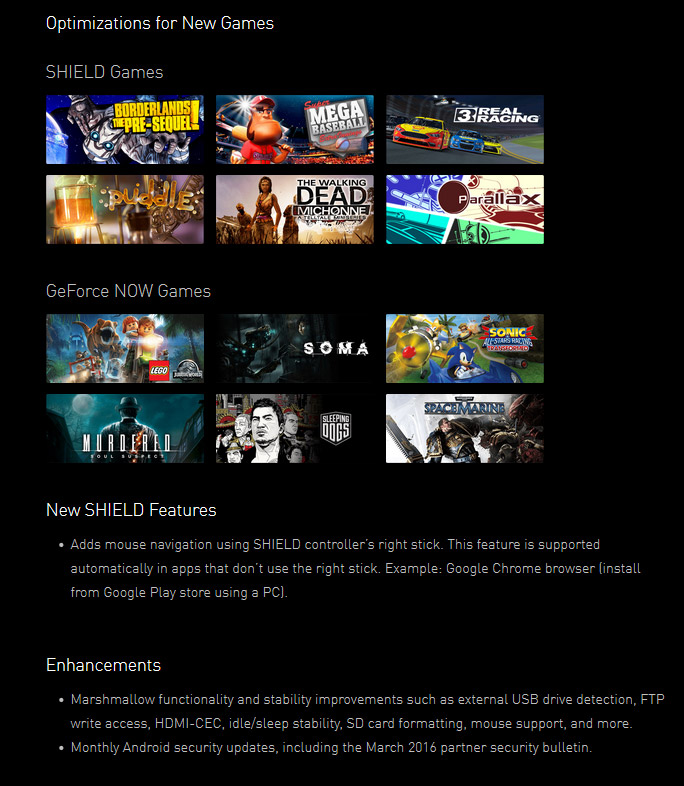 There is a new feature arriving to the Shield Android TV which is mouse-based navigation. This adds mouse navigation using the Shield controller’s right joystick. This feature is supported automatically in apps that don’t use the right stick, for example, Google’s Chrome browser.

Lastly, this update includes the Monthly Android security updates, including the March 2016 partner security bulletin. It also comes with Marshmallow functionality and stability improvements including external USB drive detection, FTP write access, HDMI-CEC, idle/sleep stability, SD card formatting, mouse support, and more. If you have a Shield Android TV and don’t see this update just yet, you can always go into settings and check for System Updates in order to have it show up.