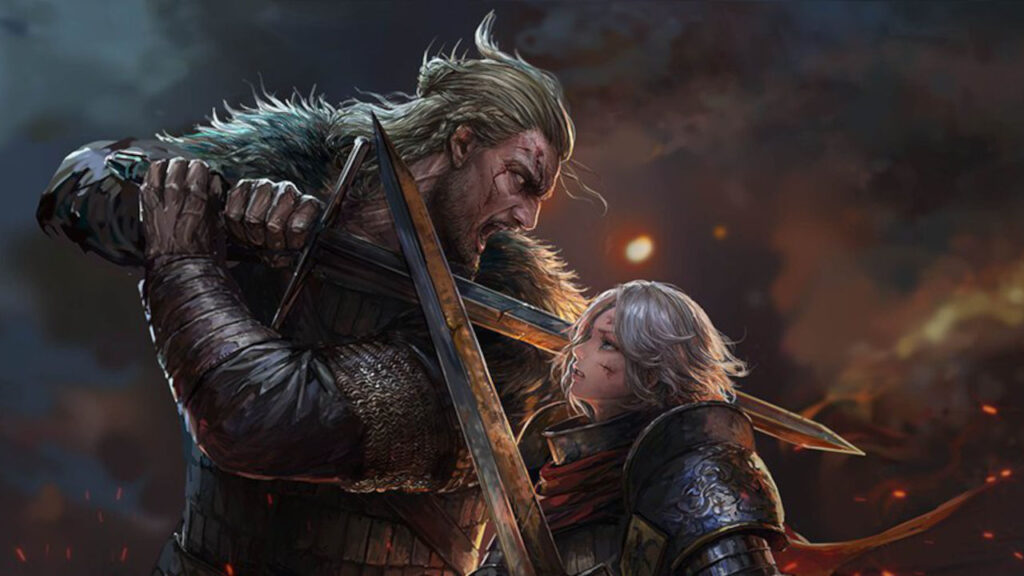 The prolific mobile MMORPG developer Asobimo is teasing a brand new MMORPG launch for 2023, though with very little information of note. All we know about it is that it’s currently going by the presumably working title Project AGW.

A singular teaser image on the official site shows a male and female warrior facing off with swords while a fire rages in a town behind them. The caption reads “Fight or Die – The Endless War Begins” and then “Into The Battleground”.

Perhaps that’s hinting at large-scale PVP warfare? Or is that too much of a stretch? Either way, we hopefully won’t have long to wait to find out, as the game launches at some point in 2023. In the meantime, you can follow the official Twitter for further developments.

Its games are traditionally anime and old school JRPG-inspired, though in more recent years has been moving towards a more realistic style. Its latest release, Eternal Kingdom Battle Peak, was more like Final Fantasy XIV in style.

You can check out Asobimo’s enormous library of mobile games on Google Play right now.

What Can I Play In The Meantime?

Asobimo’s library not floating your boat? Well, fortunately for you, we’ve already rounded up some of the best Android MMORPGs. We’d recommend Old School RuneScape (Google Play) as the best option, as it features an absolute metric ton of gameplay, including quests, crafting, and PVP.

If that’s a little too old school for you, the updated RuneScape is also on Google Play. There’s also Albion Online (Google Play), which offers a pretty similar experience without the questing.

While not strictly an MMORPG, Diablo Immortal (Google Play), Genshin Impact (Google Play), and Tower of Fantasy (Google Play) offer similar thrills and multiplayer to boot. Plus, all three are absolutely stunning on a decent Android phone.