Fast forward to 2012 and we now have Expendable Rearmed which has been massaged and re-imaged by the fine folks over at Retrobomb who specialize in bringing classic games like this to other platforms. This game features a top-down isometric viewpoint where you control your character in a rather fast-paced dual-stick style shooter. This isn’t just a port of the old game at all but instead a complete overhaul and remake of it. It will also be designed more towards how the original game was supposed to be made and the ideals behind it, with a more ‘one more go’ type of addiction, with lives and high scores. 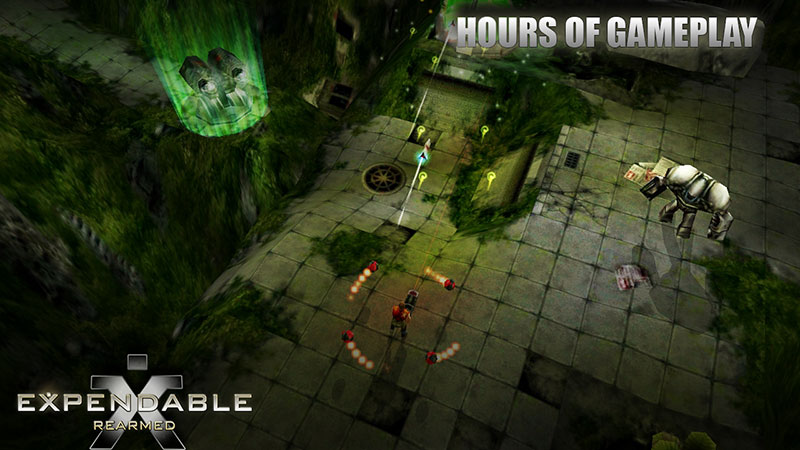 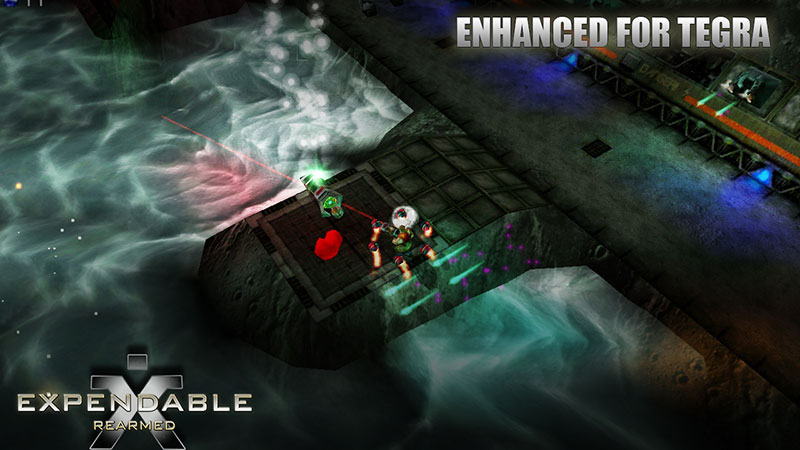 – Attack the G’NENG and kill them all. Relentless waves of aliens in a fight to the death
– Nearly everything can be blown up. Large detailed worlds ready to be destroyed. Beautifully rendered destruction effects, have never made destruction so satisfying
– High-end console quality graphics
– No loading times: Bored of waiting for your games to load between levels. EXPENDABLE REARMED uses our unique streaming technology to all but remove loading times
– Loads of weapons including, Flame Throwers, Mini-Guns, Phantasm orbs, Alien weapons, SpiraCannons, Heat seaking missiles and the almighty railgun, all with 5 levels of powerups. Grenades too… including the insane destruction of the nuke-grenade.
– All the original sound effects and music
– Just like the old arcades… don’t just be best in your town, be best in the world. Download and use the SCORELOOP app to put your name up in lights with Achievements and Global high scores.
– Tegra 3 extras: Some all new effects tuned for TEGRA hardware.

Expendable Rearmed uses a rather unique control system where the screen is divided up into four sections for you to use. These are invisible but each section represents an action for you to do such as the bottom left is where you touch to move your character and the bottom right to aim/shoot your weapon. The top left is for switching through weapons fast while the top right is for throwing grenades. Another, rather fun, feature is that just about everything that is in the environment can be destroyed save for the actual level you’re walking on. 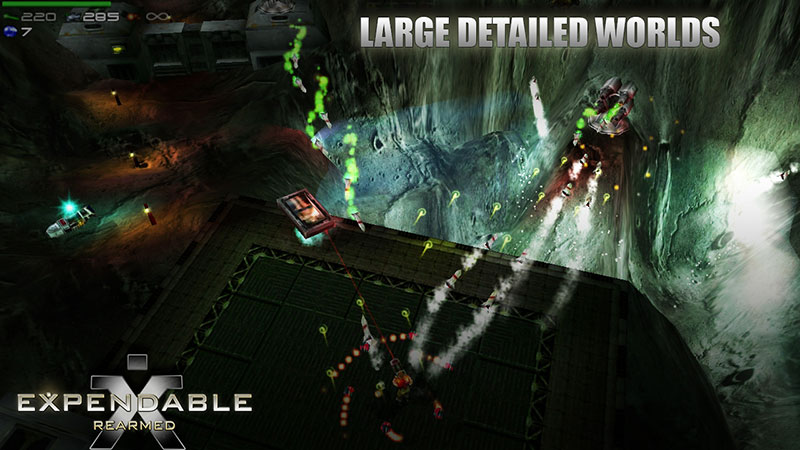 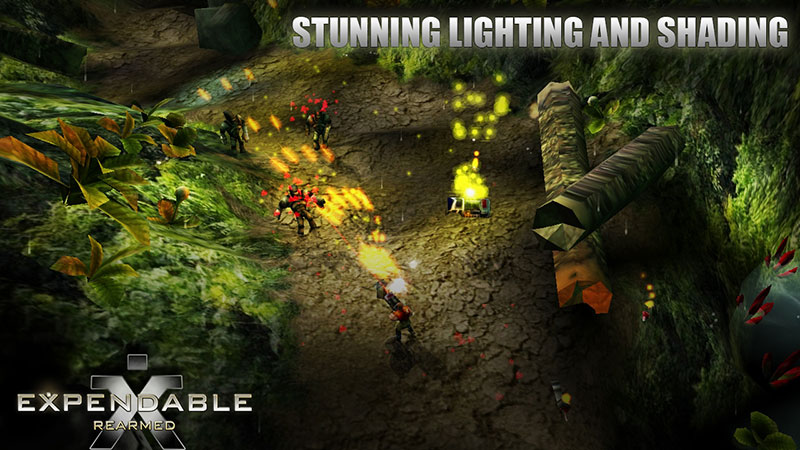 While Expendable Rearmed is available for all Android devices right away, Tegra device owners, especially those with Tegra 3 devices, are treated to extra visual effects and eye candy like usual. If you’ve been waiting for Expendable Rearmed to arrive since we’ve been reporting on it coming to Android, you can now grab a copy off of the Google Play store or through Tegra Zone for $2.99.