Living in Japan just got a little sweeter. Sony unveiled two of its newest Xperia Android smartphones today that will be coming to the Japanese market in the summer. The Sony Xperia GS (pictured) and XS will ship with Android 4.0 and a slew of other features that are exclusive to Sony Mobile devices.

Both the GS and XS will be able to connect to LTE networks in Japan. They can achieve theoretical download speeds of 75Mbps, although most users probably won’t get speeds that fast. The two devices also share the same 1.5Ghz dual-core processor, Reality Displays and Sony Exmor R technology that improves capturing photos and videos in low light situations. There are also custom applications for music, movies and photo viewing. 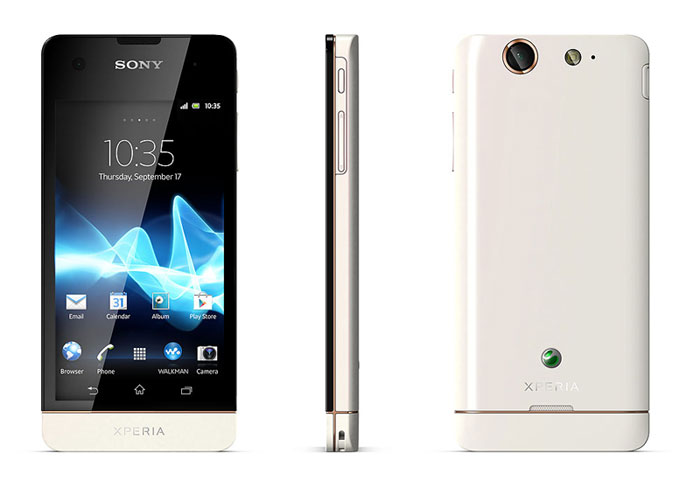 Now let’s go over the differences between the XS and the GS. Sony Mobile says the XS is the lightest LTE smartphone in the world because it only weighs 95 grams. That’s the equivalent of 0.21 pounds. The XS is also the smaller of the two smartphones with its 3.7-inch display. Its other specs include an 8-megapixel camera, 8GB of internal storage and an infrared port.

The Xperia GS has a 4.6-inch display, 16GB of storage and a 13-megapixel camera.

Sony Mobile currently does not have any plans to release these phones outside of Japan. It’s sad to hear that considering how great these phones look. It would be nice to have access to more Android phones with distinguished hardware designs considering how most phones have looked the same for quite a while.