This year Google has brought the classic world of Pac-Man to Google Maps for their April Fools joke. Looking up certain locations in Google Maps will land you a Pac-Man style map view when you zoom in close to any of the specific locations. If you click on the Insert Coins on the side, you will receive hints about which locations to look up in order to see the Pac-Man style looking maps, the Pac-Man ghosts, and Pac-Man himself. Not only will the map look like a Pac-Man game, you’ll actually be able to play Pac-Man there as well. This does include Google Map on Android. 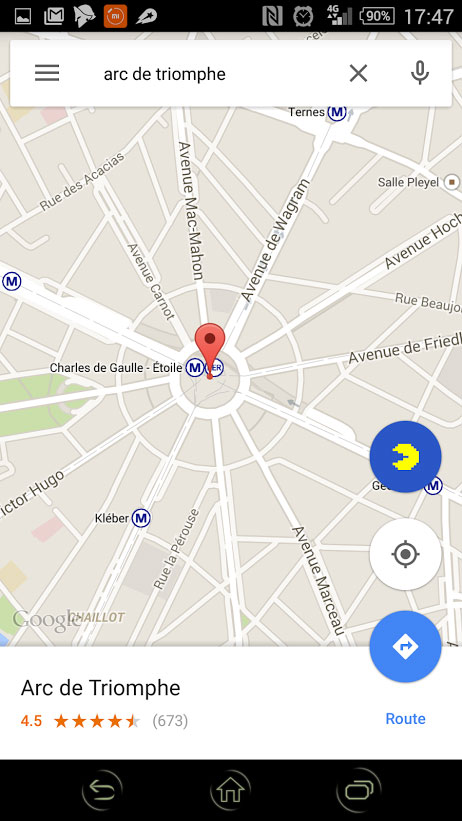 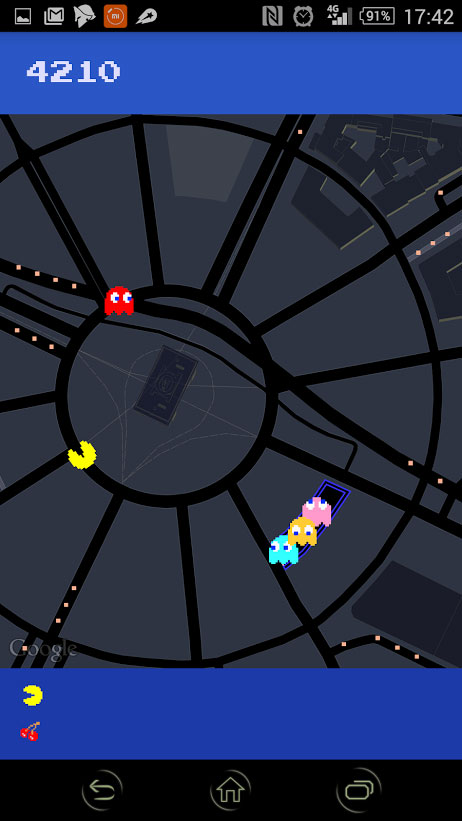 Samsung this year has announced a new smart device, one that will make communication and food preparation much easier. Meet the Blade Edge, the world’s first smartphone and kitchen knife combination. You can now talking to people while you chop food, or even put video chat on and show people what you’re chopping. We wouldn’t recommend trying to text message while chopping food, that could get a bit messy. Samsung went all out with this one with a whole totally legit looking blog post about the Blade Edge, complete with features and specs. 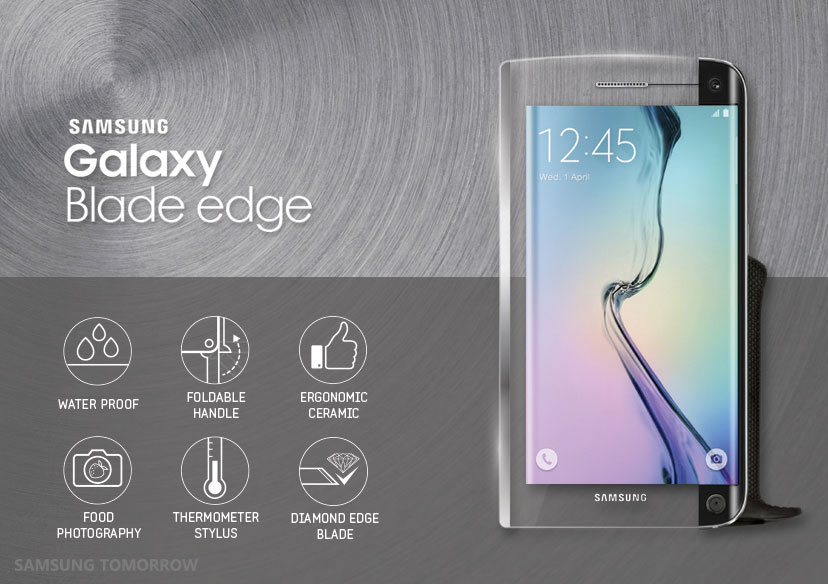 Well it seems Google isn’t done with the April Fools pranks. Meet Google Panda, a new product announced today at a fake press event in Japan. Not only is this new device brilliant, where you speak your mind and it will find whatever you need, it is also very soft and cuddly. This is so awesome I almost wish it was real. You can watch the fake press event in the video below.

Google’s third prank for April Fools day is actually pretty awesome if you think about what it would look like to see a bunch of people using it. What is it? It is a keyless keyboard. Essentially it is a party horn with some tech attached to it that measures a persons breath and converts that into words. Now just imagine even just 30 people in the same area using this to type and how entertaining that would be. Thank you Google Japan for this one as well.

If you spot any more April Fool’s pranks and jokes, let us know in the comments below so we can add it to this year’s list and so everyone can enjoy them!

Thanks to Chris S. for the tips and the Google Maps images.