We have been following the progress of the Lollipop update since it was announced that the Nvidia Shield Tablet would be the first commercial product outside of the new Nexus series of devices that would be receiving the new Android OS. Well the update is right on time and is now being pushed out to Nvidia Shield owners.

In case you’ve missed our past articles about the new Android OS arriving for the Shield tablet, here is what you can expect to find once you update yours. First the Shield Hub has been revamped with a new design which looks pretty slick as well as seems a bit more user friendly. In fact the overall look of the entire OS is pretty slick itself. Of course a lot of that is due to Google’s new Material design that is now the sort of official look for Android and has had it implemented in most of the official apps by Google. 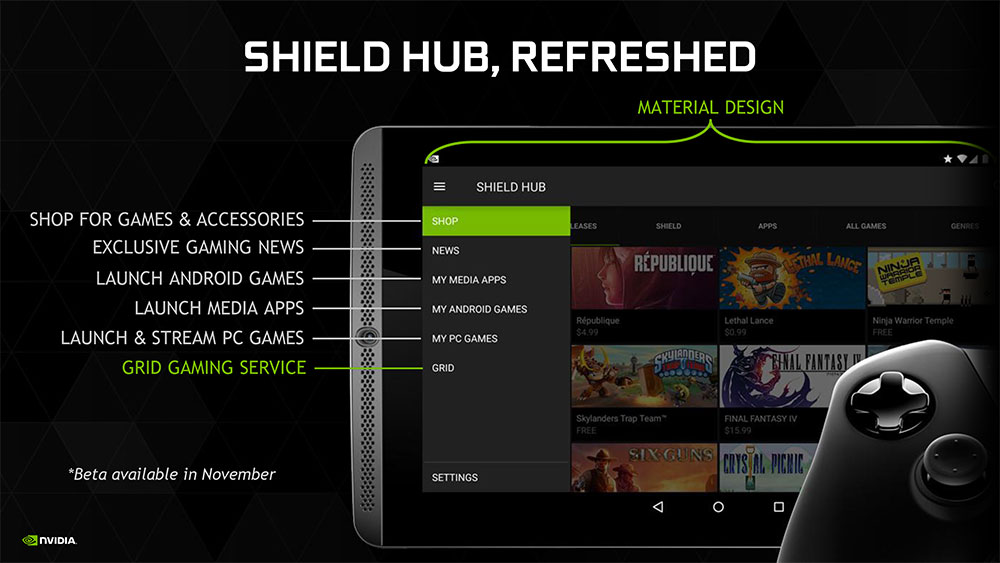 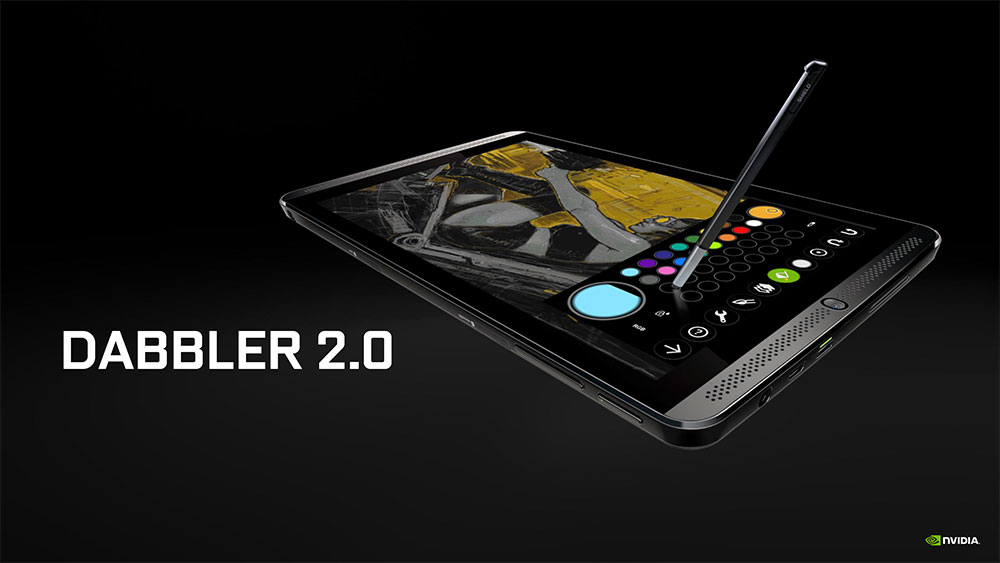 Nvidia’s GRID will finally be launching nationwide with this update as well. Up until now Nvidia’s game streaming service has been location locked to California. Basically the Nvidia GRID is an OnLive style of service but designed and dedicated to mobile gaming on mobile instead of having it for PC and then trying to adapt it to mobile devices like OnLive did. While this will be a paid service, when you receive the Lollipop update, you will have access to Nvidia’s GRID service for free until June 30th, 2015. There are currently 20 AAA titles available to play on the GRID with more arriving on a regular basis (at least one per week as promised by Nvidia. 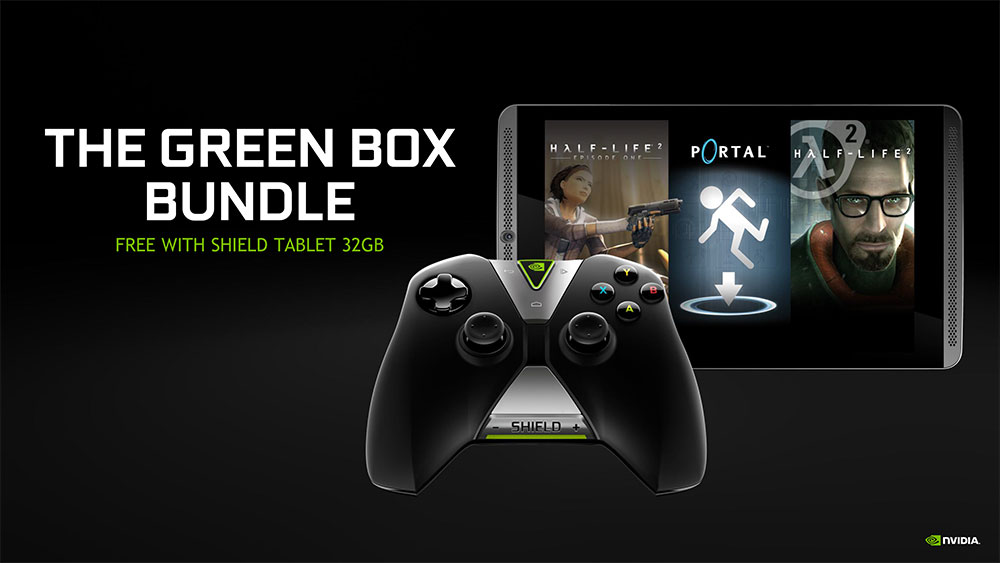 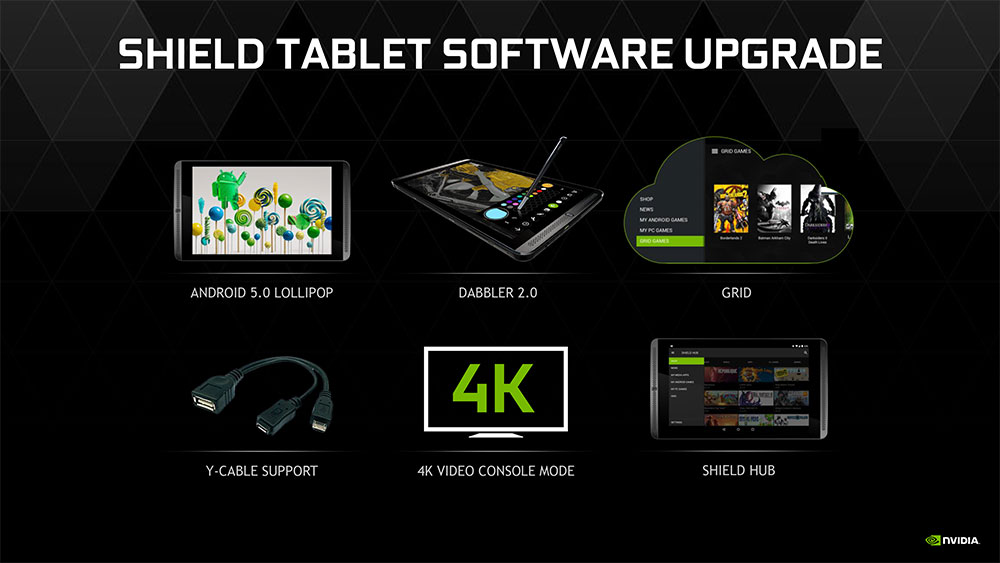 Speaking of games, this update will also mark the release/update of at least four games now being optimized for the Tegra K1/Shield Tablet and Android Lollipop. These games are Flyhunter Origins, Strike Suit Zero, Turbo Dismount, and Shiny the Firefly. All four games have been available on Google Play, some having been released very recently, while others like Shiny the Firefly having been out since earlier this year. This, of course, doesn’t include the Green Box Bundle by Valve which will come with any new purchase of a 32GB/LTE version of the Shield Tablet. The Green Box Bundle will introduce Half-Life 2: Episode 1 onto Android for free alongside Half-Life 2 and Portal as well. 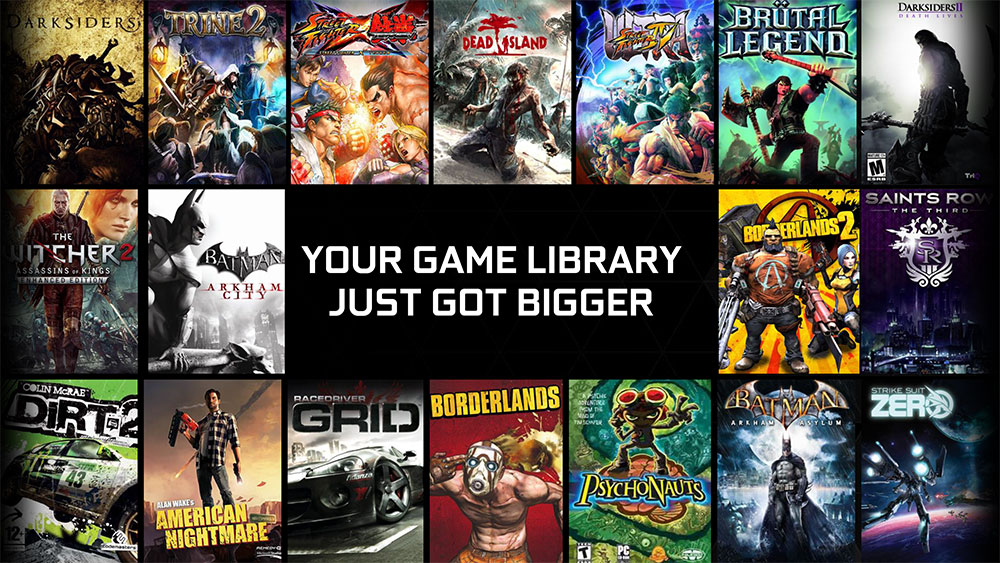 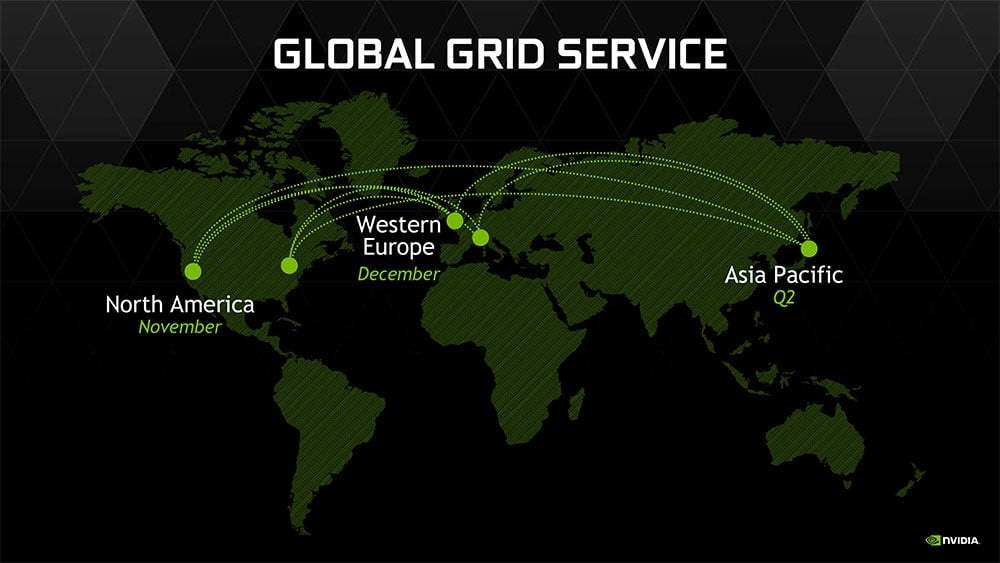 As for other features to come with this update, you can expect to find plenty of UI tweaks throughout various applications on your Nvidia Shield tablet, performance improvements and other goodies that come with Lollipop itself. If you plan on using Nvidia’s GRID on-demand game streaming service, they recommend having a 5Ghz GameStream Ready router. If you don’t know for sure if you have one, Nvidia has provided a list of routers to see if yours is there.

Please note: The update for Lollipop is being pushed to Wifi Shield Tablets. LTE versions will be getting the update very soon.