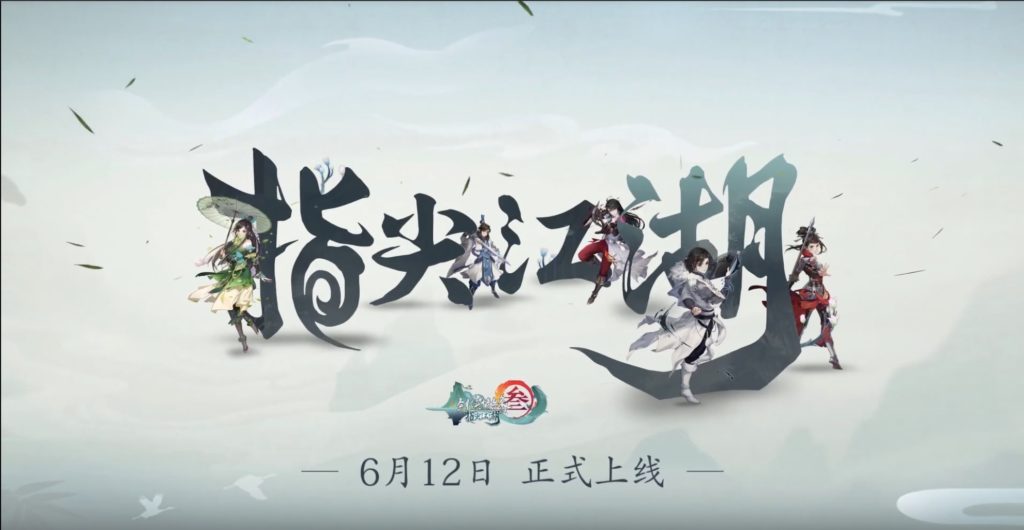 If you’re reading this in the West, there’s a very good chance that you’ve never heard of JX3.

It’s a Chinese fantasy MMORPG built around the elegant swordplay that plays such a prominent role in the history and culture of ancient China, and it has an established base of over 100 million players.

You read that correctly: 100 million. To put that into context, that’s ten times as many as World of Warcraft.

Eastward Legend: The Empyrean is the first mobile spin-off, putting the franchise into the hands of a new generation of Chinese gamers (China is the only market where the game is available at the time of writing).

The first thing to say is that it looks amazing. Set during the Tang Dynasty, almost 3,000 years ago, it features a cast of mythical, magical swordmasters – villains and heroes alike – dressed in flowing combat attire. They can fly, too, like the heroes of Crouching Tiger, Hidden Dragon and House of Flying Daggers.

The 2.5D backdrops are gorgeous too, and suitably novel thanks to the timber buildings and their iconic, layered hanging hill roofs and intricate carvings. The landscapes are lush, with knarled trees, flagstone paths, greenery-covered mountains, and fields of wildflowers. The whole thing is packed with visual detail, all of it crisp, realistically shaded, and beautifully animated.

Not just for show

More impressively, Eastward Legend: The Empyrean’s visual effects are not purely for show. The weather effects are dynamic, so that you can suddenly find yourself drenched with rain or bathed in sunlight, with corresponding impacts on your interactions with your surroundings.

For instance, rain extinguishes the fire you need in order to cook food, forcing you to protect it with an umbrella. There’s a day-night cycle too, with its own effects on the gameplay.

Fans of JX3 will be familiar with the gameplay. You assume the role of a member of a faction within the Tang dynasty, building up their character, skills, and weapons through the time-honored methods of fighting your way through dungeons, completing story missions, battling other players, and so on.

The combat in Eastward Legend: The Empyrean is fast and fluid, with a more arcadey feel than most games in the genre. You have normal and special skills at your disposal, and you’ll need to level them up and deploy them wisely to overcome your opponents.

This is particularly true of the PvP, where the emphasis is on not only striving to beat human opponents who have just as much on the line as you do, but forging connections through these encounters. And with 12 million players already pre-registered, you certainly won’t lack for human company.

All in the mind

There are new features, too. Chief among these is Mind Mode, a clever little trick that lets you withdraw from the action and gaze backwards and forwards in time to witness events and uncover secrets and treasures. Activating Mind Mode transforms your location into a dream-like vision, once again drawing on the game’s impressive visual flair.

This new innovation is the standout feature of the game if you’re looking for a reason to abandon JX3 in favor of this mobile rival.

An MMORPG worth waiting for

Four years in the making, with ten years of the franchise as a foundation, Eastward Legend: The Empyrean is off to a solid start.