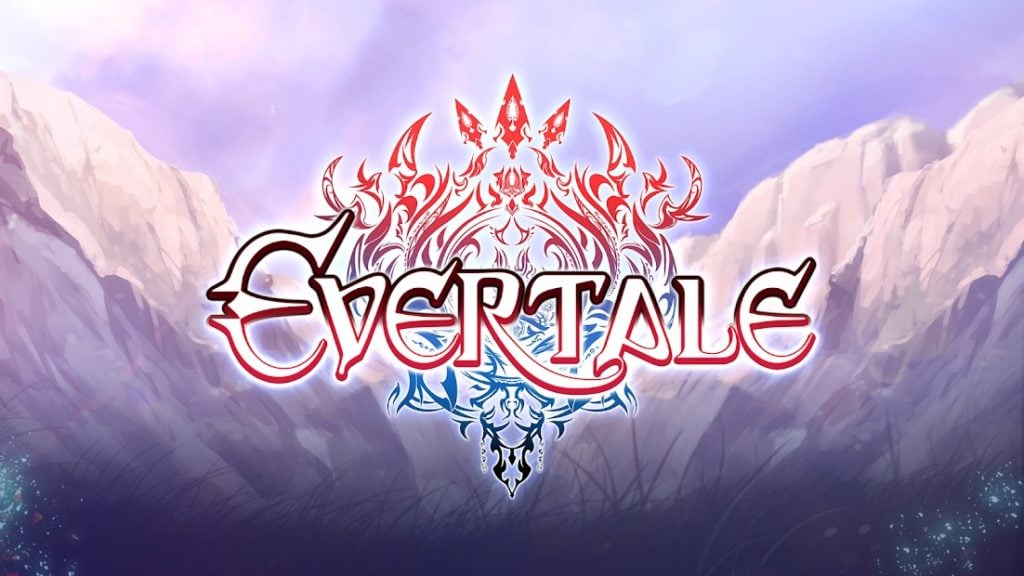 Pokémon GO is awesome but those looking for a true Pokémon experience will likely find it quite unsatisfying.

So it’s up to games like Evertale to fill that gap – at least until Nintendo releases a proper Pokémon game on mobile. It could happen!

Fortunately for us, Evertale is a pretty solid attempt to bring the formula to mobile devices. However, it also brings enough new ideas to the table to stand on its own feet.

You play as a Crestbearer, which is basically a Pokémon trainer. The world of Erden is currently suffering from a curse known as Pandemonium, and only the Crestbearers can stop it.

That’s a basic summary of the story, which is solidly written and told if a little full of clichés. Still, it’s enough to send you packing on an adventure across the world of Erden.

The core gameplay is basically a combination of Pokémon and Final Fantasy. You’ll begin with a single sword-wielding party member, but will soon fill out your team with monsters and other warriors.

The core gameplay is a combination of Pokémon and Final Fantasy

Catching monsters works almost exactly the same way it does in Pokémon. You’ll run around thick grass, waiting to start an encounter. A turn-based battle will ensue and, as soon as you’ve worn down the monster enough, you can try to catch it.

Succeed and you can add the new monster to your party immediately. You can then battle alongside the monster to level it up, eventually evolving it when it becomes powerful enough.

Battling is surprisingly strategic too. Each character has a few skills they can use, and they often bounce off each other. The first monster we caught could poison enemies with one skill, then use another to deal intense damage to poisoned enemies.

You also have to be careful about when you use skills. Each one takes a certain amount of time to unleash, which puts you in a queue with the rest of your party members and enemies.

You can see who’s next up, and how long it will take for them to attack in a handy visible queue, so it’s not all that difficult to counter enemies.

Exploring the world is fun too, as it’s quite gorgeous. The art style is a combination of hand-drawn characters and pixelated environments and it’s a joy to behold.

The world is gorgeous, blending pixelated environments with hand-drawn characters

The control scheme is very simple too, with you just tapping to the location you want to move to. It works great on a phone and we didn’t really miss not having a virtual joystick.

There’s plenty of reason to explore too, as you could encounter unique monsters, find chests full of treasure, or meet an NPC that might offer you a quest or fight you. It’s just like Pokémon in that respect.

You’ll also collect a bunch of weapons, accessories, and equipment that party members and monsters can equip. This adds a more RPG feel to the experience.

Time to face the elephant in the room: the IAPs. Yes, you can purchase stuff with real money to progress faster – the most notable of which is the ability to immediately summon new monsters.

You can get these items for free, but at a much slower pace. However, we never really deemed it necessary. You can catch so many monsters while just exploring the world that we never felt the need to splash the cash.

This might be more of a necessity if you plan on getting into PvP (we’ll need more time to review that particular mode) but for the single player we can’t imagine you’ll need to spend a penny to get through it.

Overall, we thoroughly enjoyed our time with Evertale

Overall, we’ve thoroughly enjoyed our time with Evertale and can safely recommend it to Pokémon and JRPG fans alike. It’s got solid writing, a lovely art style, and strategic combat that will keep you coming back for more.

Very close to the real thing

Until a real Pokémon RPG launches on Android, you can't really go wrong with Evertale. It's gorgeous, features strategic combat, and the writing is pretty solid indeed.