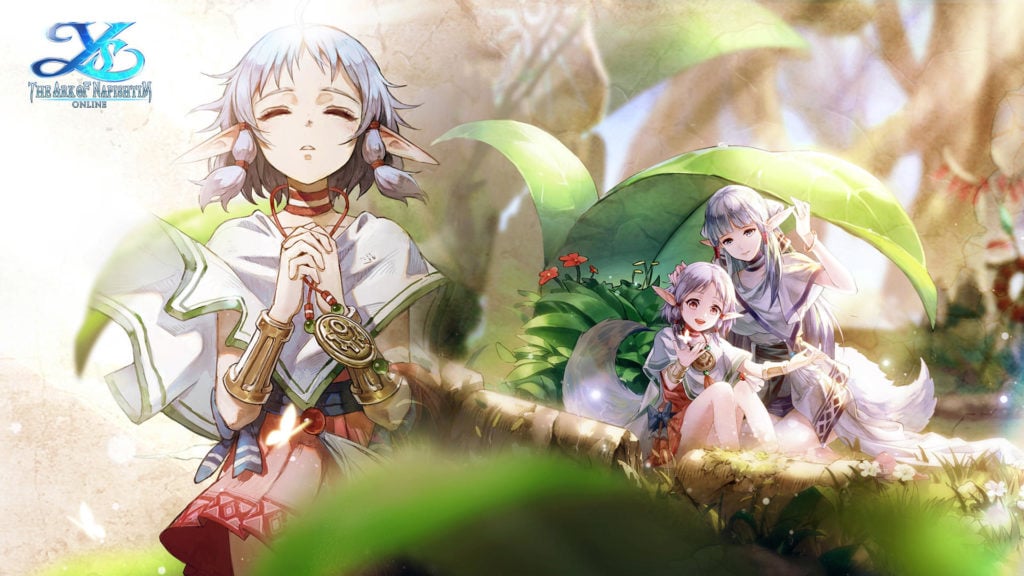 Ys Online: The Ark of Napishtim has made its way from the PS2, where it appeared way back in 2005. And it is fair to say that the game is considerably different from the one that you might have played back in the day.

But what does Ys Online: The Ark of Napishtim offer to mobile gamers? We’ll take a look in a moment. But in summary, there’s plenty to enjoy, but also a few irritations.

What Is Ys Online: The Ark of Napishtim?

Ys Online: The Ark of Napishtim is now a free-to-play MMORPG. The plot is largely the same: you are washed up on a beach, where you are discovered by sisters from the Rehda village. You are taken to their village to recuperate before your adventure begins.

There are, however, a few changes, given that the game is “licensed and adapted” from the Ys series, as opposed to a totally faithful/slavish remake. And now, rather than simply being a JRPG, it has introduced those MMO elements.

And there is a lot on offer: as well as the main storyline, there is a range of new features. These include forming a guild to take on dungeons, competitions, role-progression, and multiple side-quests to explore. Perhaps most significantly, rather than just playing as Adol, the hero in the original game, you can play as his companion.

This means you get multiple options for crafting your character – Warrior, Mage, Ranger or Assassin.

Once you’re in the game, you can form romantic relationships that culminate in a wedding ceremony. You can get yourself a pet who can accompany you on your adventures. You can even do some farming, cooking, or choosing home furnishings, if you want to relax and live the good life.

There’s a lot to do. But should you bother?

There is a lot to like in Ark of Napishtim. But there are also a few characteristics which are a bit (or a lot) more controversial.

Ark of Napishtim is a good-looking game, with smooth gameplay and animations. The game has retained the music from the original game, which is no bad thing.

The story itself (apparently based on the Mesopotamian myth of Ut-napishtim) is reasonably interesting. The dungeons and bosses you fight are also creative enough.

Given this is a game that was first made almost twenty years ago, the plot line, character types and skill trees don’t feel as though they are anything new. But if you’re a fan of JRPG or MMORPG, then there is plenty for you to enjoy.

Some of this will be a matter of opinion. If you were hoping for an updated but faithful version of the original game, then you’ll probably be disappointed by what this game has to offer. There’s definitely a question mark about how much this can really be considered the same game.

We noticed some glitches. Most notable were dialogue boxes with no text in them, which made it next to impossible to follow the plot.

And while there is a lot you can do, it can sometimes feel a little overwhelming. There is a helpful tutorial system which can assist you in navigating your way around the various options. But at times this can also seem invasive.

Finally, it would be remiss if we failed to mention the pay-to-win aspect of the game. While this is free-to-play, you’ll very quickly realise that there are myriad ways to spend your real-world money.

You’ll be offered the chance to buy something when you log in, and when you complete a mission, as well as icons on the screen constantly inviting you to spend money. It is very intrusive.

Where it gets more contentious though, is with an interesting auto-walk mode. When implemented, your character automatically goes wherever they are supposed to and speaks with whomever they need to. You can even fight enemies without getting involved.

This, in some ways, is a positive accessibility tool, and allows players to get help with challenging quests.

On the other hand, the fact that you can set the game to run, and then sit back and watch without really lifting a finger (we were able to complete a quest without controlling any of the combat) begs the question of whether this takes things too far.

Our experience with Ark of Napishtim has been more good than bad. The game itself doesn’t do anything spectacularly novel, but it is a solid, if unspectacular, offering.

The decision to add pay-to-win and make it so intrusive is by far the biggest spoiler to the gameplay experience.

If you are prepared to accept it with all its flaws, then Ark of Napishtim will definitely keep you occupied for a while.