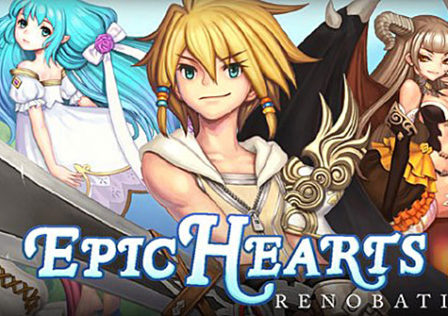 There is a new Action-RPG title on the Google Play store coming from Four Thirty Three called Epic Hearts. Unlike a lot of RPG titles that tend to be turn-based in its combat, Epic Hearts is one of the few that offers up real-time combat as you are playing the game. Think of it as something similar to what Gamevil puts out with their Zenonia series of games.