While there isn’t a whole lot of details right now regarding Fightback, the developer’s are fashioning the game after the old action flicks from the 80’s and the game will apparently come with revolutionary new touch-based combat controls although they don’t go further into details as to what exactly that means. This announcement also helps validate the fact that more and more console game developers are looking at phone/tablet gaming as a true viable gaming platform. 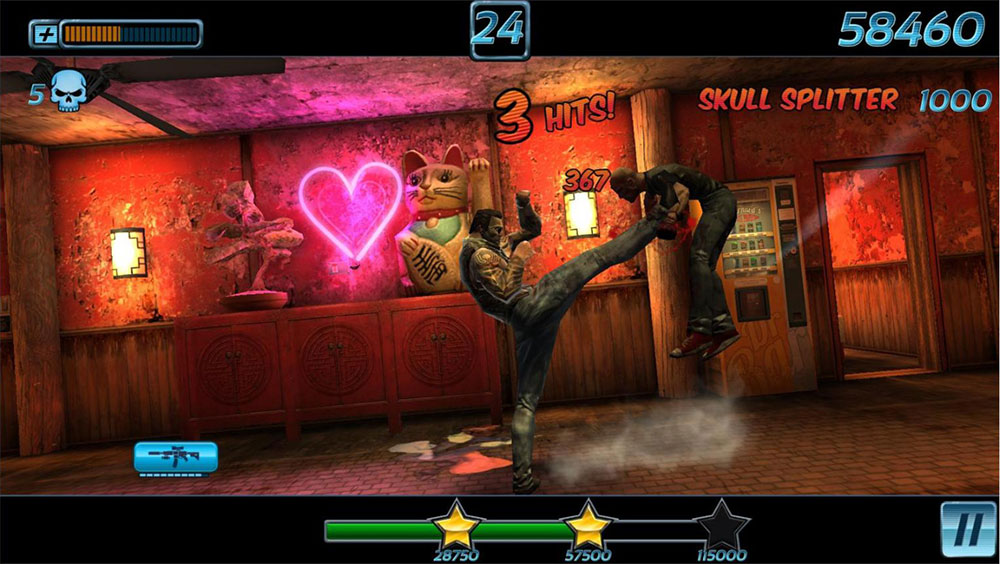 Mobile and tablet gaming is a phenomenon that we just couldn’t ignore as a studio and we’re very proud to be working with one of the industry’s heavy-weights on bringing Fightback to market. Ninja Theory has always strived for the highest production values and that absolutely remains the case in this exciting new space. – Dominic Matthews, Product Manager, Ninja Theory Ltd.

Judging from the solitary screenshot that has been made available, there will be plenty of kicking people in the stomach region in Fightback. As for when this game will come out, both the iOS and Android version are slated for release this Summer. However, it looks like it will most likely be end of June or in July as Ninja Theory plans to have a demo for hands-on playing during E3 2013.

While Ninja Theory is developing Fightback, Chillingo announced the game and will be the company who publishes it. As for how much it will cost, Fightback will be free-to-play. When more details are released, we will be sure to update everyone.