We’ve talked about this game a couple of times in the past and now we get to stop talking about it and you get to now go and play it. Developed by The Game Bakers, the fine folks the brought your the Squids series of games, Combo Crew has arrived onto Google Play this morning.

For those of you who have missed our past coverage, Combo Crew is an old school arcade style brawler where you get to go around and beat the crap out of everyone that comes at you. What makes this game rather unique though is the fact that there are no onscreen controls at all. Instead all your moves are executed by using a series of taps and swipe gestures. So you will be doing things like using a one-finger swipe to punch and kick, tap to counter attack, and two-finger swipe for special combo moves. 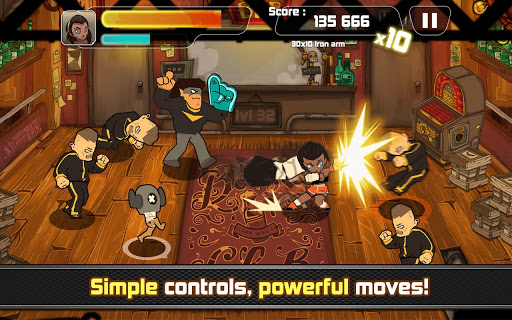 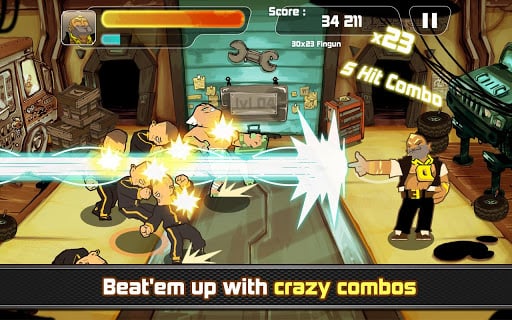 • Fight with your fingers: slash enemies to trigger crazy combos, tap to guard. A modern beat ’em up with no virtual D-pad!
• The first mobile brawler with asynchronous multiplayer across devices. Rescue your friends, or be rescued by them!
• A true arcade experience with a great combo system and super moves.
• Several heroes with unique combat styles and more than 80 moves to master.
• Hundreds of missions – complete them solo or compete for high scores against online friends.
• An endless scoring mode, unlockables, and collectibles – a ton of replay value.
• Log in to sync automatically between your devices.

Players will also be happy to know that there is also multiplayer available in Combo Crew. While you and a friend will be competing for high scores, you can also revive your fallen comrade should they get overwhelmed and subsiquently get beat down themselves.

If you’re ready for some old school brawler action you can pick up Combo Crew off of Google Play for $2.30. You can also check out the game in action in the video above.