Today’s keynote session just came to a close and it was one hell of a session at that with a ton of announcements including both Froyo (Andorid 2.2) and GoogleTV being announced. While every Android site right now are hurrying to write up everything in the perspective of an Android user, we are writing up what this means to us in terms of gaming.

A lot of the new features are geared around performance which means better games and gaming experiences for users. Also with the support of tethering and hotspots, local multiplayer games will be a lot easier to play. Browser games will start to be a lot more popular as well with the inclusion of along side HTML5 support and the improved Javascript language built into the default browser. 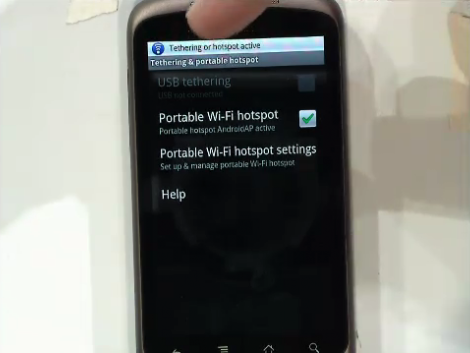 The Cloud-to-Device Messaging API could also prove to be interesting when it comes to gaming as that entire API leaves a lot open to the imagination of the developer. The example in the keynotes session showed someone reading an article on their PC but having to run out for an appointment without finishing the article but with a push of a button in the browser the complete article was pushed onto the phone so the user could finish reading the article while on the go. This could prove interesting when it comes to gaming whether it’s playing something right from your PC onto your phone while on the go or making a game interactive through both medium in various similar ways. 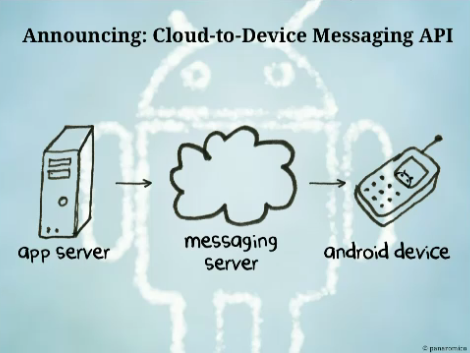 Obviously the big improvements we’ve all been waiting for are the JIT compiler and native Apps2SD. If the release of Android 2.2 only had a few minor items and those two features I would still be happy with the update. This is going to greatly improve gaming performance and in the keynotes session they actually used Replica Island (a custom level with a ridiculous amount of monsters spawning) as an example to show how awesome the JIT compiler is when it comes to gaming. Even with what looked to be 50+ monsters spawned and running around like Lemmings, the FPS on the Nexus One didn’t go below 30FPS.

Apps2SD gives developers of big sized games on other platforms (like the iPhone) a seriously good reason to start porting their games over to Android devices now that we have this included in Android. Apps2SD comes with an automatic transfer feature which lets it read the size of the game being downloaded, compares that to the internal space and then decides if it should install internally or onto the SD Card. You can also manually transfer games back and forth from phone and SD Card should you choose to do so. They used the new Need For Speed: Shift game to demo this and it works and performs very well.

I would talk about the other announcement made today which, if you haven’t heard, pertains to GoogleTV and it being officially announced as coming soon (Fall I believe is what is currently planned). This is a whole new ballgame and so I’ll be posting an article about that and gaming here shortly!

So this update is a much needed one, with the new market features, Apps2SD and JIT, Flash and Air. No official word just yet on when the updates will start rolling out, even for the Nexus One but as soon as I know, you’ll know! Either way, it can’t come fast enough. I need to get some more screenshots, I got too excited during the announcements and missed a bunch. What is everyone looking forward to with Froyo now that we know everything about it?

P.S. Congrats on Google actually releasing both the new Android 2.2 SDK and the new NDK BEFORE Android 2.2 is on a bunch of devices, this is a first.

Update April 20, 2010 11:20am: Rumors are circulating that Froyo may hit Nexus One devices via OTA today! Stay tuned, I’ll try to confirm it ASAP.

Update April 20, 2010 11:53am: I accidentally included 2 features that will be available in the Gingerbread build (android 3.0?) in this article. Those being HTML5 and the Android market via the web and it’s installing of apps but luckily this is more minor in terms of gaming on Android. Got a little over zealous typing the features for Froyo.

Update April 20, 2010 11:57am: And I qoute: As I said at the beginning, Android 2.2 will be here soon, and some devices will get the update in the coming weeks. I invite application developers to download the new SDK and tools and test your applications today. – Quote gotten by Droid-Life.com Guessing Nexus One and Evo will be first to get this update?

Update April 20, 2010 2:27pm: This screenshot should clear up any questions about whether Froyo will land on Nexus Ones anytime soon…