Storm8 has developed some of the most popular MMORPG (browser style) for the iPhone and Android. After releasing almost every title they have for the iPhone onto the Android market, they have finally released their newest addition to their Android lineup, Pets Live. This game is your MMORPG version of Pokemon where you will find pets, train them, battle and show them off.

As with any Storm8 game, it is expected that there will be a ridiculous amount of ADD ME posts along with a code for people to add each other. Just like other Storm8 titles, this game features a large amount of features and, of course, an already established player base of over 2 million players according to them.

If you’ve played any of their other games you already know what to expect with the GUI and gameplay. For those of you who have not, this is a browser style RPG game. You press various buttons depending on what you want to do, choices you want to make, and from there you gain XP through battles, training, quests and in this case, finding pets. 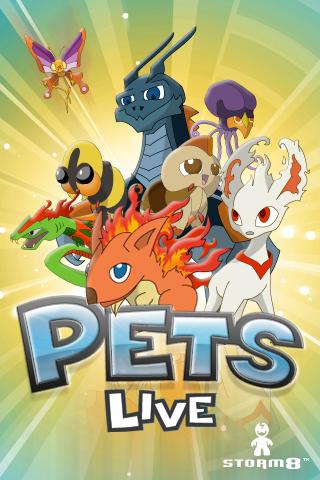 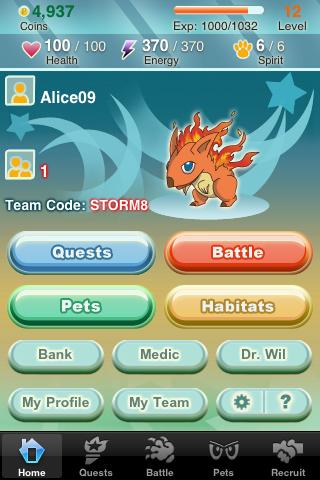 Storm8 specializes in this type of game for mobile devices having first started onto the iPhone and progressed from there and judging by the amount of Add Me comments in our previous posts about World War, iMobsters and Racing Live they have been met with some good success with Android users.

You can pick this game up for free on the Android market and if this ends up like their other games you’ll be able to purchase special points off the market as well to help boost your gameplay. If you like MMORPGs then you probably already have a Storm8 game on your phone but if you like MMORPGs and you don’t have one, they you should give one a try. Pokemon fans will love this game.