During Google I/O 2010 a game called Skies of Glory was shown running on a Droid. Since then we have also reported on Social Gaming Network, SGN for short, who developed Skies of Glory. Well this 3D aerial combat game is now available on the Android market and features cross-platform multiplayer which will allow you to dogfight and kill your iPhone enemies!

We have been waiting for this game for awhile now, or at least it seems this way. Based on SGN’s social gaming platform and their development partner Revo Studios’ Open Platform Multiplayer Framework, Skies of Glory lets you either play in single player or multiplayer mode against other Android or iPhone users – that’s live multiplayer just to clarify and apparently the first live multiplayer cross-platform game for Android. First and foremost though, important fact, you will need an Android phone with Android 2.0+ to be able to run/play this game.

While featuring great 3D graphics which look to be better then it’s iPhone counter-part, unlike the iPhone version which is free (or you can purchase a premium version for $6.99) the Android version is $4.99 with no premium version. If you’ve played any aerial combat type of game then you already know what to look forward to. If not you basically control your plane and go after the enemy whether you are in single player or multiplayer mode. Controls are all touchscreen and tilting of your device. 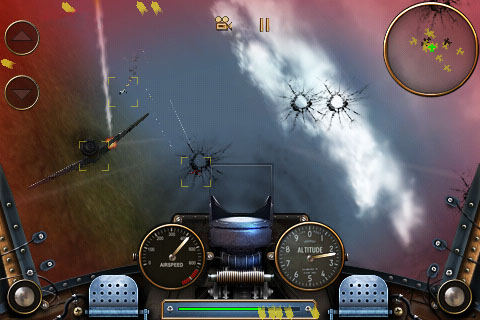 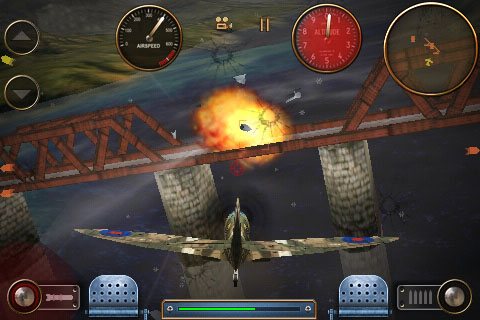 Another item about this game is that PocketGamer is reporting that it is only available for US phones right now. How this is able to happen is unknown but non-US phones should be getting it shortly. If you are outside of the US and you’ve managed to get this game right now, please leave a comment and let us know!

Once in awhile a game comes along that is almost a mandatory purchase and addition to your collection of games. Skies of Glory is one of those titles that fits that bill, especially for anyone who enjoys military or aerial combat games. If you feel like showing your support for TeamDG, feel free to be a part of it and add a DG or [DG] to the end of your name! Hopefully we will see more SGN games landing onto the Android market soon, here is a look at some other SGN titles.

Until it is internationally accessible we will withhold posting a QR Code, you can easily find it by searching for Skies of Glory or SGN on the Android market. Let the Android vs iPhone battle begin!