The Next Great Gaming Phone – The G2?

If you follow Android news at all, then you are probably already aware of this, but T-Mobile has officially unveiled the G2. The successor to the G1, the G2 offers a huge improvement in just about every area over it’s older brother. With the Droid 2 and the Samsung Epic 4G both sporting keyboards as well, the question is if the G2 be able to compete with them in terms of gaming.

Both the Droid 2 and the Epic 4G sport some great specs, and the G2 gets some good treatment as well in the hardware department. However, the G2 will also be released with Android 2.2 and all the Google apps up-to-date which will be extra nice.

Another plus will be that people with G2 phones will be able to download at HSPA+ speeds, which means that if you play any sort of multiplayer games, whether cross-platform or not, you’ll be enjoying some nice ping times. You’ll also be able to download extra content for the larger games much faster, so you won’t be waiting too too long. 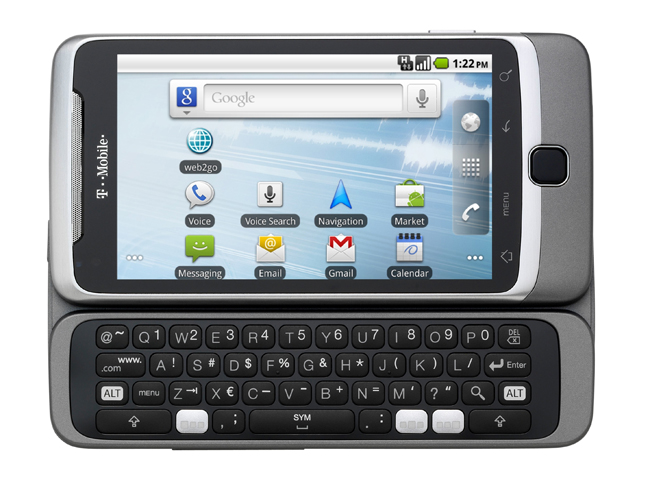 Plenty of space too, right out of the box: the device ships with 4GB of internal storage as well as an 8GB microSD card. Hopefully, this trend will continue from now on with most new Android phones! As a former G1 owner (although I use an Nexus One now) I know how easy it is to run out of space fast.

Graphically, the G2 will be able to hold its own against other high-end phones. Although the screen isn’t as big as some of the other ones available benchmarking tests on other Android sites have proved that smaller screens actually perform better in some cases.

While the G2 won’t be smashing records with the hardware it comes with, it is definitely a huge step up from its older brother and can certainly hold its own against other new Android phones with keyboards. In the end, the G2 should end up being well received by the Android gamer population as it looks to be a solid option to consider when upgrading/purchasing an Android phone.

People who are currently with T-Mobile will be able to pre-order a G2 later this month, although there will only be limited quantities for the initial release (strange, isn’t it?).

So, who’s considering the G2? If not, which new Android phone are you considering and why? Do you think it’ll compete well against the other phones with keyboards? Hopefully if we are able to get our hands on one we will test it out and post a review as soon as we can.