To start off the new year in the interviews department, we decided to hit up Spacetime Studios who developed the hugely popular cross-platform MMORPG, Pocket Legends. We talk about upcoming content, the Android in-game costume and a new game?! Read on to find out more!

DroidGamers: Now that you have successfully launched your game on both iOS and Android, what is next for Spacetime Studios? Is the PC launch the next big step or are you going to slow down on the cross-platform front and focus more on adding things to the game?

Gary Gattis: The pace of consumption of content on our game is fairly rapid because Mobile is its native environment. We want to finish up the content (townes) and end-game systems before releasing on PC. The PC platform is important to us, as it will add another unique element to our product. This will all happen fairly rapidly in early 2011. 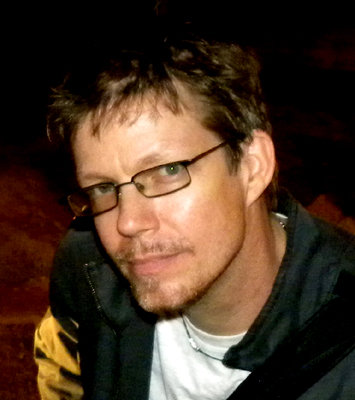 DG: Financially, has the Android launch been as much of a success as you had hoped?

GG: It has far exceeded our expectations. We love this platform with all our hearts and bank account!

DG: Speaking of adding things to the game, a while back, July I believe, you made a roadmap for what you would like to add to the game. One of those features was Guild Integration. How high up on the list is this feature and has any progress been made towards getting that into the game? This seems to be a really popular request when you read the Suggestion forum on your web site.

GG: Guilds are very high on our list, and most likely fall into the end-game systems mentioned earlier. We have not done any work on this other then preliminary design, but when they bubble up to the top of the priority queue they will be implemented very quickly.

DG: You all seem to be very active in both interacting with the community on the forums, but also getting in-game and hosting various events. Obviously we are currently enjoying the Christmas content. When will the Christmas content go away and what is planned next for events like this? Is it going to be Valentine’s Day?

GG: We absolutely adore our community. It has turned out to be the most passionate, intelligent, collaborative group of people we have ever worked with in our entire professional careers. They have requested the Christmas content stay around for awhile so, much like our holiday decorations at home, we’ll leave it up until mid-January. Valentine’s Day is a fun target for our next holiday content, but we’re not thinking about that just yet 🙂

DG: You nailed it when it came to launching on the Android platform and as a gift to the Android users you gave out a dozen or so Android costumes that were permanent. Will there be more costumes in the game that players can permanently acquire and if so are there any ideas that come to mind that you really want to add? Whenever I log in on my character ( Varking or Varkenigma ) I get pounded with messages asking about how I got it and if there is a way to get more of the Droid, or if there will ever be any others. I would think that these type of things would be perfect for the Platinum Store.

GG: We want to be very careful about putting costumes in the game, other than for specific events (like Halloween). The Droid costume has proven to be extremely popular (congrats on yours!) and rare, but we are still not sure if we want to offer it to the masses, even for Plat. 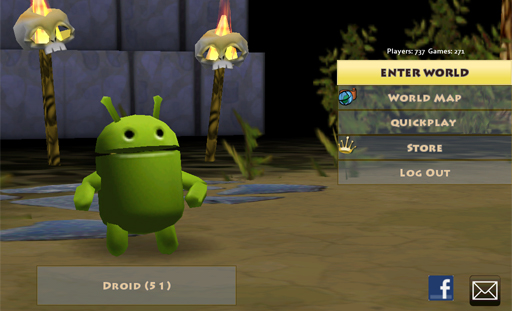 DG: I have to ask, since everybody does, will there be playable Humans in the game? There is a Human NPC in the starter town that hints at it but nobody is really sure.

GG: With MMOs, things evolve and change constantly, so it is very difficult to predict where we will be in six months (or even three!). One day, there may be playable humans in the game, but another race is not in our immediate roadmap.

DG: You just released the new Swamp Town, how well has the feedback been?

GG: It has been great! This is our largest towne yet, with a ton of side-quests that are hilarious and challenging. We released it at the same time as the Holiday content, so it may have gotten a bit overshadowed by the shiny stuff, but in the long run I think it will be one of our more popular destinations.

DG: You are currently working or will soon be working on other games and projects, is there any information you can share about them? You hinted that your next game could be an MMO as well. Will it be based off of one of your currently unreleased projects or is it going to be something totally fresh?

GG: Great question, and unfortunately one that we can’t be too specific about yet. I can say we have begun work on our next game, it will be a mobile MMO, and you will see it sometime towards the middle of next year.

GG: It will not, we have staffed up to support both continued Pocket Legends development as well as our new project. 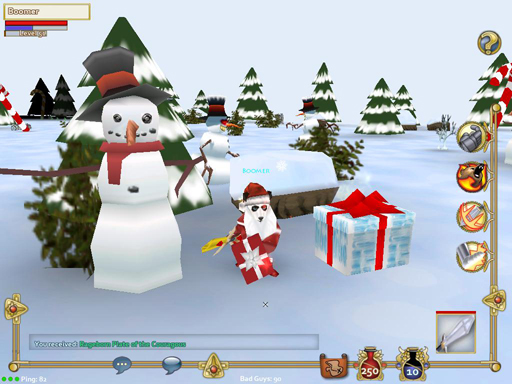 DG:  What are your plans for the long haul to keep players coming back and buying platinum? Eventually players hit the level cap and gear themselves out completely. Is there something that can be done to keep them or do you feel that eventually a time comes when a player has done all they can and they just have to move on?

GG: When we released Pocket Legends, we only had one towne (Forest Haven) and three campaigns. We have now grown the level cap through multiple campaign releases, and have been filling in the rest of the world with new townes and quest series. We have almost completed the “Open World” of Alterra, and once we do we’ll be free to focus on more end-game content. Hopefully we will have some engaging systems that people can mess with for a long time. We’ll also continue to release new content for players for as long as the game is Live.

DG: With newer games coming out that are taking advantage of the Unreal Engine, do you have any tricks up your sleeve to raise the graphics at all or are you confident in where the graphics are at since it allows the game to be played on such a wide variety of devices?

GG: The Unreal Engine has really upped the bar for graphics on Mobile devices. We love what they have done and continue to do! What is not immediately apparent is that with a game like Pocket Legends, you have literally tens of thousands of variations in what the players look like and can wear, which all need to be loaded into memory.

You have large groups of people running around together in townes and heavy-combat instances. And this is all done over 3G, Wi-Fi, or Edge networks, globally, with generally less than .5 second ping times. And we do all this on 2nd generation iPod touch devices. So although the Spacetime Engine can handle the level of graphics that the Unreal Engine does on a high-end device in a single-player game, that is not the business that we are in. We do global, mobile, cross-platform MMOs 🙂

DG: In your latest update you allow players on iOS devices to enjoy tapwall offers which allow them to acquire platinum without having to just pay for it. Is there anything that can be done for Android users along those lines?

GG: The development pipelines are a little different for Android and iOS, so we are regretful that we were not able to release Tapjoy for Android at the same time. We heard how much you wanted it and cranked through the weekend to get it to you before the holidays, so you guys should be hooked up as of earlier this week!

*Editor note: This feature is now available for Android users as well. For more information see our announcement.

DG: Many interviews usually only allow developers to answer questions, but is there anything you want to say to your player-base and potential players?

GG: Our community is the pulse of the game, and we are very intimately involved with them. We have three main channels of communication: our forums (http://www.spacetimestudios.com/forum.php), Facebook (http://www.facebook.com/pocketlegends) and Twitter (http://twitter.com/pocketlegends). Be sure and join all three for the latest in exclusive Android content and giveaways.

Finally, I would like to thank you and your website for carrying the Pocket Legends torch from the very beginning of our Android adventure, and thanks so much for the opportunity to talk about our game with you!

There you have it! Our interview with Gary Gattis from Spacetime Studios who developed Pocket Legends for Android (and iOS). We would like to thank Gary for taking the time to answer our questions during this busy period at Spacetime Studios. Also have no fear, the moment we know more about this new mobile MMO, we will definitely let everyone know!