Asphalt 6: Adrenaline Review – You won’t need a 10cc shot of adrenaline get your heart racing with this game.

The most anticipated Asphalt 6: Adrenaline is finally here. This game was set to improve on every aspect of the previous game in the series, with rumors of the game not fully being tested by Gameloft before release; does the latest addition to the fast paced racing game series deliver where it counts? Well let’s find out.

Gameplay: Straight off you’ll notice the Asphalt 6 A.I is just as tough as the previous games, which until you get used to using the controls, can prove to be difficult. The game features a very similar reward system to the previous releases in the series. It can prove to be very satisfying but again it’s hard to get off of the line and rake in the stars and money from the start, which is nothing new to Asphalt.

A new aspect of the game is the ability to earn stars through unique ways other than just racing. Stars can be earned by doing a variety of things which are set out for you on the loading screen just before the race begins. They can be earned from knocking an opponent off the track, to something as simple as drifting a set distance. Cars are no longer unlocked via a leveling system. That has been replaced by the ability to unlock them depending on how many stars you’ve earned within the races. Also a new addition to the game is the new garage, which is set out in a 3D environment where you can physically walk around your cars and view them in a refreshing way. 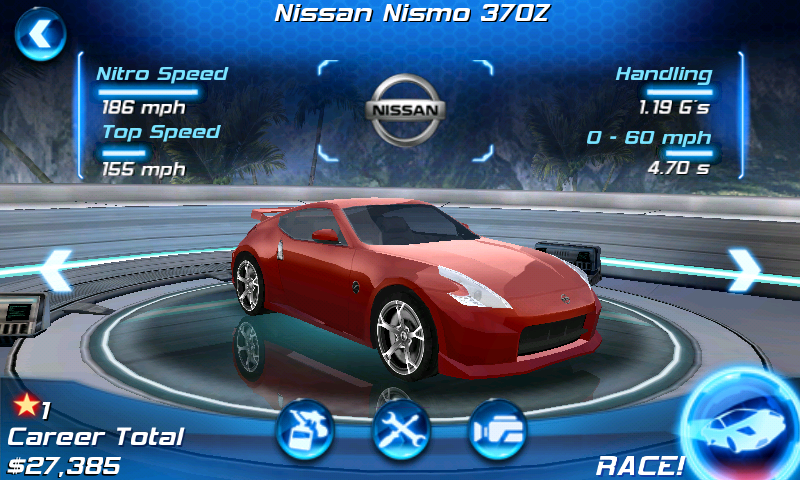 When it comes to finishing the races and you’re ready to collect your cash, there is a money rating system implemented here. This will determine how much money you will earn from what happens within the race itself. You will get rated on your finishing position, how many opponents you knocked off the track, the distance you have drifted, the accumulated distance jumped throughout the race and another reward criteria called Other Bonuses which I think refers to the stars you’ve unlocked within the race. Also be warned, you will get money deducted from your total for wrecking within the race; it’s not normally a high amount but that depends on how much you crash.

Controls: During the many hours of playing Asphalt 6: Adrenaline, I can say that the actual driving controls are a little fidgety. Even when I tweaked the steering sensitivity, I still found myself constantly correcting the cars direction. Not everyone will feel this way but I can only draw from my personal experiences with the game.

The good news is that the controls are very customizable and if you hate using the accelerometer to steer, there is an option to switch to an on-screen steering wheel to control the car. Also you’ll have the ability to add pedals to the screen to further increase your control over the car.

Elsewhere within the game, the menus are really well put together and I didn’t experience any bugs in selecting the different options or game modes. 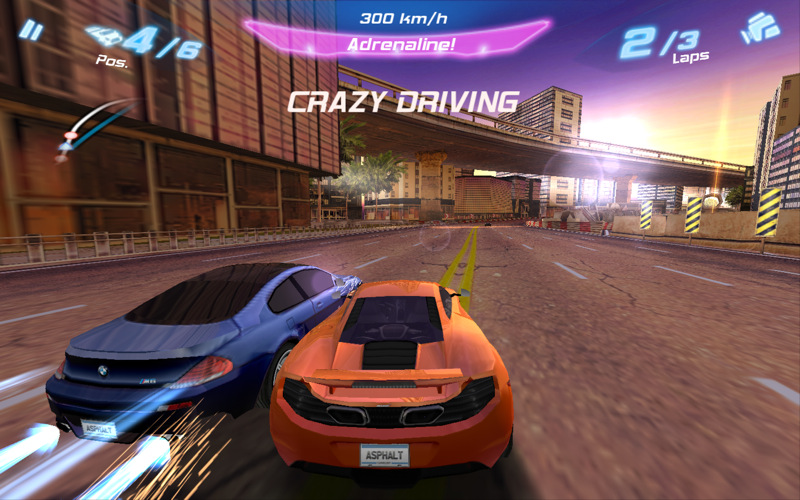 Graphics/Sound: When it comes to graphics, Gameloft always delivers high quality in this area and I’m glad to say that Asphalt 6: Adrenaline is no different. The only problem I can see is that it’s highly likely that it will not run on lower powered devices, even though Gameloft does make it clear on which handsets they run on. I have often found that they work on a wider range other than the handsets specified, but I’d advise against that with this having such highly polished graphics.

The car detail is by far the highest of any racing game recently released on the android platform. I almost drooled all over my phone while I was playing. The tracks are beautifully rendered and really capture their locations very well.

Now onto the sound, usually there’s not much to say about the sound but with this release it has a really nice selection of music and some nice voice-overs at the start of the races. The engine tones get a huge thumbs up from me, as in past racing games, when the car revved high, the engine tone used to drop out. I’m glad to tell you that it’s not present in this game, oh yeah! 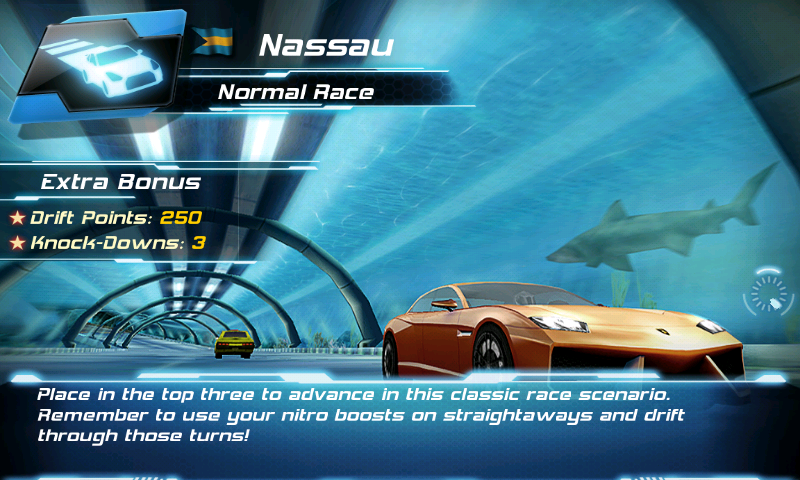 Overall: Now we’re at the end of the review, I kind of feel sad because I have really enjoyed reviewing this game. Asphalt 6: Adrenaline is a real improvement over its predecessors, which is a good thing but it’s starting to get to the point where android gaming is moving so fast that lower powered handsets will be left behind a lot faster than before. I feel like Asphalt 6: Adrenaline may well be the start of this, I may be wrong. If your phone is supported for this title by Gameloft then I would certainly recommend it to you, otherwise it’s not worth the punt because the processors specified in the supported phones may just be the minimum speed it will run smoothly on. For that reason I can’t give this game a score any higher than stated. Ignition off….