Yesterday we talked about a new game coming from Triolith Entertainment called Megatroid which is a 3D platformer in similar style to the Megaman games. After playing it for a few minutes it really does reflect a lot of the mechanics found from Megaman including double jumping, wall jumping and wall grabbing.

In Megatroid your character is a female robot though and she shoots bullets just like Megaman does, from her arm, although there is no powering up of your bullets. One neat feature though is when you shoot down an enemy robot that is flying, sometimes they will land on the ledge. When you rub by them you basically push them over that edge. 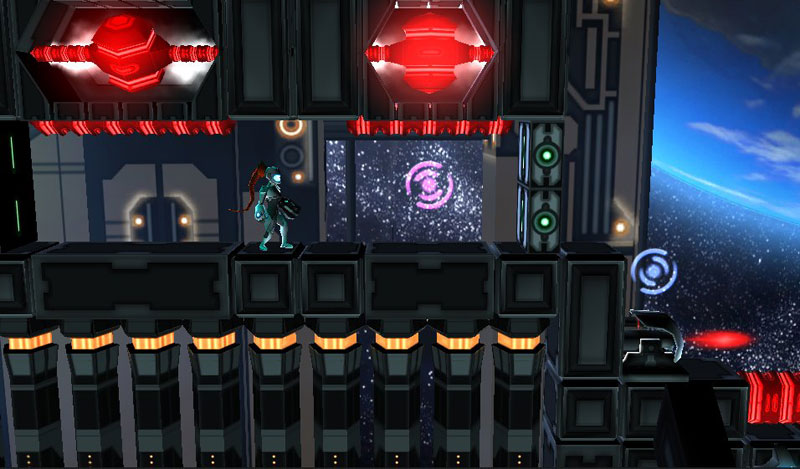 Graphically the game is pretty nice. It’s all 3D-ish graphics with some interesting features like the one mentioned above with pushing robots over the edge. It has a lot of Tron type of imagery in it as well with plenty of neon. When this game is completed and released it should be pretty fun to play on Android devices. If you are up for testing it out you can do so right now through the link below. The beta test is open to everyone and will run from today until Monday Jan. 9th 2012.

Please note that this is a web-based beta to test out the core game mechanics so you will need to play on a PC/laptop.