Unless you’ve been living under a gigantic rock then the name should ring a few bells. The mobile version resembles the revolutionary game in every way. Every crook and cranny of Liberty City is as exactly the way you remembered it a decade ago, complete with corner street lady services and random robberies that enraged TV newscasters and politicians years ago.

If you’ve played the PC version then you should be also familiar with how relatively easy it was to replace Claude (main protagonist) with different skins, add new cars and a number of mods that enrich the already deep gameplay. Console gamers were also able to join in on the fun by entering a combination of button inputs that unlocked weapons changed the weather or summoned cars. Upon release, mobile gamers found that their Rockstar changed little to nothing and modding the games were as versatile as its PC counterpart. Within days of release, mods began to crop up every forums and site, and now its as if every week users find new ways to add further modifications to an already stellar game.

If you’ve been keeping up with Droidgamers then you’ve seen the number of articles detailing the newest mods. We’ve decided to compile all of them together, including a number of mods we’ve yet to write about, in one single easy to find list. Remember, your mileage may vary, so attempt these mods at your own risk. We are not responsible if you turn your very expensive device to very expensive paperweights. The following mods vary in difficulty and users have reported mixed results in installing most of these mods. Once you try one don’t expect the rest to be as simple. Enjoy and happy gaming!

This one is quite simple. For those that hate to get their hands dirty, xda member hacsteak25 developed an app that does all the work for you. Grand Theft Auto is installed differently on every device and some contain a file called gta3.set. Gta3.set contains a code that determines most graphics that you see on your device. Rockstar probably removed or modified this file for lower end devices in order for the game to run smoothly. In normal circumstances, another user would have to provide the file for you to manually dump the files within the game folder.

With GTSETTINGSLAUNCHER, the gta3.set file is already provided and backs up your current one. The program goes even a step further and allows you to fiddle with certain parts of the graphics such as shadows, lighting, resolution, rendering, and blur. Keep in mind that enabling everything may cause slow down, lag and even crash. Keep your backups nearby when this issue arises. 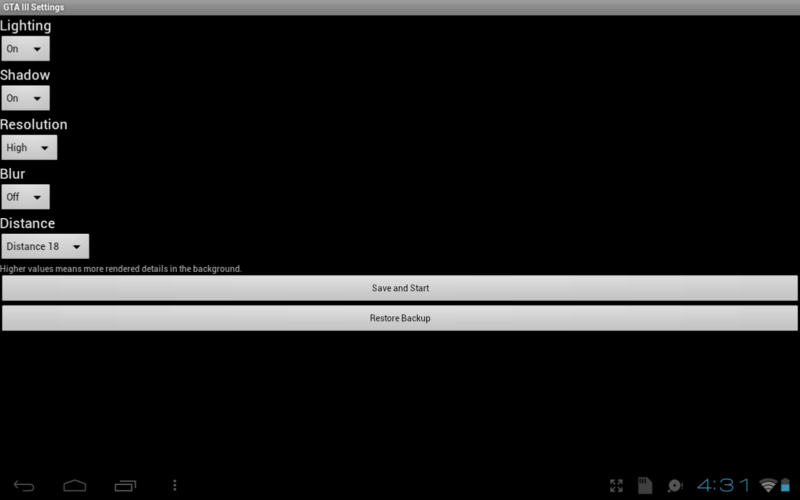 If driving over pedestrians with a souped up Lamborghini or a Dodge Viper then heading to your nearest golden arches for some fries and ending the night of terror by visiting the Statue of Liberty sounds fun, you should check yourself into the nearest hospital, because you may have an issue. Otherwise driving a Lamborghini and everything described above is possible with Real GTA3. Real GTA3 provides additional real world cars for wheel enthusiast. Speed fiends will squeal in delight to find that all their favorite sports cars are available to jack, crash and ride all around the virtual New York:

Real GTAIII also goes even further by taking a portion of NYC’s famous statue, Statue of Liberty, er Statue of Happiness (as it’s called on GTA IV) and allows players to access the island and statue by means of boat or car. Real world company factories and building are also included, so don’t be surprised to find a Pizza Hut in Staunton Island on your way to meet Luigi. Other additions include:

Objects have been added to the city:

● Statue of Liberty – this awesome NY’s statue has moved to Liberty City. You can find it on new island near the Kenji’s casino (it’s even marked on radar!), so you must use a boat to get there. There are some useful historical and technical information on statue’s pedestal. If you want to see whole Liberty City from the birds-eye, use stairs to get into statue’s head or torch! But don’t fall down!
● Player of previous version of RGTA suggested a great idea – jump ramp to Liberty Island. So it’s in the game. Just take very fast car and try to be accurate in targeting the ramp – go wrong speed or direction and you won’t land by the Statue of Liberty…you will fall into water. There’s a boat by the Liberty Island ready to get you back to Staunton (you must start new game – boat won’t be there if you load non-RGTA save games).
● New bridge – it is placed in Shoreside Vale and it’s VERY useful, because it connects your hideout to the main road near the Francis Int. Airport. If you use Yakuza’s Toyota Supra Veilside, you can get to Staunton from Shoreside in few seconds!!! 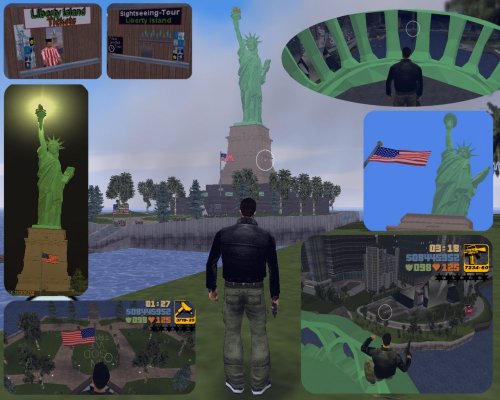 Once downloaded, point the install wizard to dump the mod on x:\Android\data\com.rockstar.gta3\files\GTA3 (sd-card) and it will work.

Thanks to XDA users blakegriplingph and Steke01 and RealGTA.net for images.

You know you’re a real gangster when you’re driving and the cars stereo is audible miles away, loud enough so the state of Kentucky knows your taste of music includes Celine Dion. While GTA 3 has great music, and hilarious radio track, sometimes you just want to kick back and listen to some of your own music. One of Android strength lies in its ability to multi task, so listening to your favorite Music app while playing any game is possible. But what if you would like to bake it in GTA III’s radio stations? Some of you may be shaking your head in unison and asking yourself, why go the extreme lengths? Because we’re Android users and we can. Xda member Tipsek has released a tutorial for players to add their favorite soundtrack.

The following instruction is pulled directly from the thread and may be a bit lengthy and complicated, so take the time to read and follow directions:

All radio stations are actually 1 recording, which includes commercials, songs, etc. So for each radio station there is 1 audio file. What you can do is either replace the radio station with 1 song, edit the existing radio station or combine more songs into 1 file and use that. Here is how you do it.

Connect your phone via USB, navigate to this path: sdcard/Android/data/com.rockstar.gta3/files/GTA3/audio
***note: the path could be a little different, check both internal and external cards and look inside Android/data or just data/ or data/data folder – you are looking for com.rockstar.gta folder, should be over 400MB size***

Each of these files represents one radio station, here is the chart:

Once you have those 9 files on your computer just copy them in a folder for backup. That way, if you screw something up OR wish the original radio stations back you can.

Let’s say you don’t like game fm and would rather listen to your song coolsong.mp3

– Make a copy of your mp3 song
– Rename coolsong.mp3 to GAME.nfx
– Replace your newly created GAME.nfx file with the original GAME.nfx file on your phone (overwrite)
-Done. In game, select game fm radio station to listen to your coolsong!

Similar to replacing 1 song. Only here, you use some audio joining software to merge multiple songs in 1 file. Let’s say you don’t like game fm and would rather listen to X other songs:

– Merge/join your songs with audio editing software (google for help)
– Let’s say you merged X songs in a file named mergedsongs.mp3
– Rename mergedsongs.mp3 to GAME.nfx
– Replace your newly created GAME.nfx file with the original GAME.nfx file on your phone (overwrite)
– Done. In game, select game fm radio station to listen to your mergedsongs!

Rename GAME.nfx to GAME.mp3 –> now you have 1 mp3 file you can play on your PC or edit
– Use any audio editing software to add/remove/etc parts of the GAME.mp3
– When done, rename GAME.mp3 back to GAME.nfx
– Replace your newly created GAME.nfx file with the original GAME.nfx file on your phone (overwrite)
– Done. In game, select game fm radio station to listen to your creation!

– If you wish to have the original radio stations back, just copy your files from backup folder on your pc to your phone in the /com.rockstar.gta3/files/GTA3/audio folder and overwrite
-You can edit only some radio stations, none or all – depends if you only want your custom music to play or only wish to replace certain stations
– If you can’t see the file extensions (for example only see GAME and not GAME.nfx) on your pc, go to Control Panel -> Folder Options -> View and uncheck “hide extensions for known file types”

Cheats are a staple to the Grand Theft Auto franchise that every game in the franchise still ships with them. Cheats are  fun and quickest ways to terrorize Liberty City. When I tire of missions and driving, doing a quick combination of health, weapon and armor cheats allows me to go on a rampage. Toppled with summoning a Rhino Tank and you’ve become a virtual Terminator. However with the lack of hardware buttons and new control scheme it seems as if Rockstar has left the cheat codes when porting the game for the mobile serving.

Another XDA member Xelasarg found that the cheats still exist in game albeit with a few modifications. Using an app called GameKeyboard, he found that all the cheats you’ve memorized a decade back still exists!

1. Download and install GameKeyboard ($2.49)
2.Configure GameKeyboard, set it as default input method
3.Start GTA III, hit the key you configured as “Enter” until your last savegame is resumed: 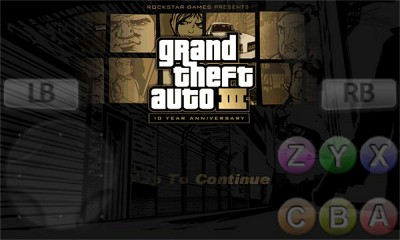 4. Once in game call up the keyboard by pressing Vol+ to enter the cheats. 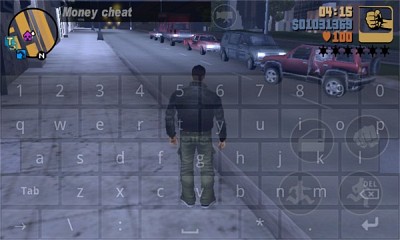 If you really want to feel as if you’re gaming in the early 200’s era and would love to play using Sony’s Dualshock then go ahead and grab the Sixaxis app for your Android Device. If you have a spare PS3 lying around this allows you to map the onscreen controls to your Sixaxis and DualShock 3 buttons. Now you can run over that gang member with precise control.

Another XDA member Jameslepable posted the following painless instructions including his touch profile for easy installation. 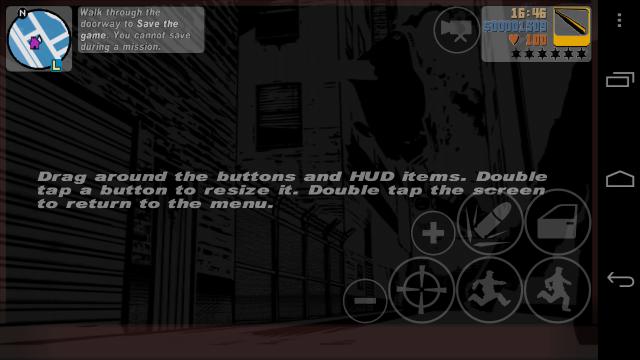 4) Then go back and on controls menu select “adjust on foot controls and make it look like this. 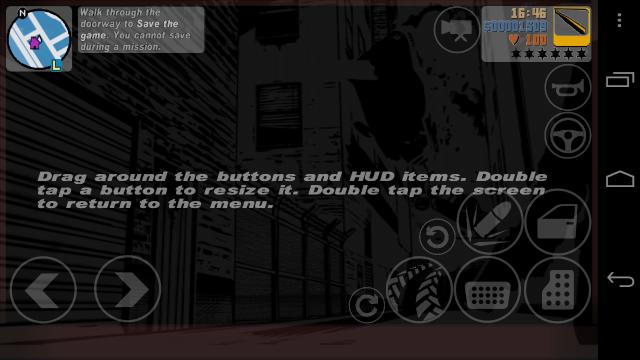 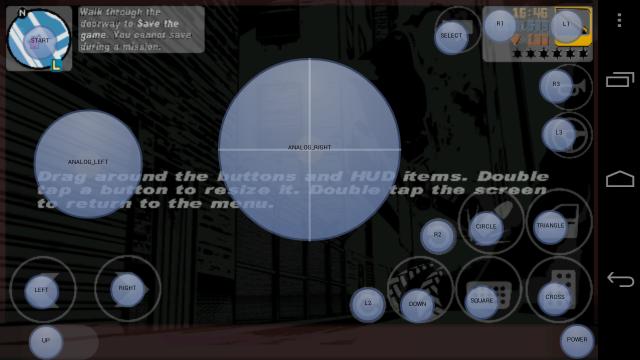 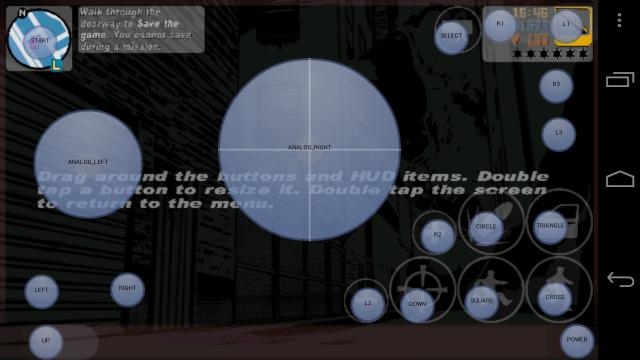 (Hint use screenshot images in sixaxis controller settings to see whether they match.)

There you have it! If you’ve found more cheats or mods available please let us know so we can add it to the list. Be sure to read our review and Happy gaming!