Last week saw Japanese game development studio Asobimo release their first English localized game which happens to be an MMORPG called Iruna Online. Well following that, this week we are treated to yet another Asobimo game translated over to English which is another MMORPG called Celes Arca.

One of the unique features about Celes Arca is the ridiculous amount of customization you can do to your character when creating it when first starting out in the game. According the Asobimo, there is over 10 trillion different combinations between your avatar and equipments to sift through. As with their last game, Celes Arca is a full 3D MMORPG for mobile which was just localized for the English market and released onto Google Play. 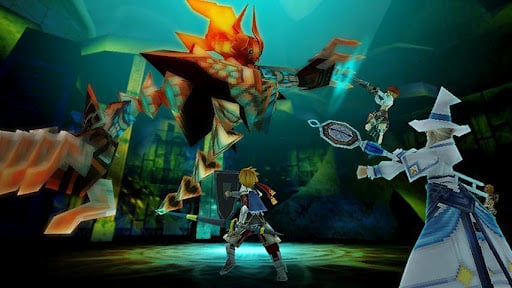 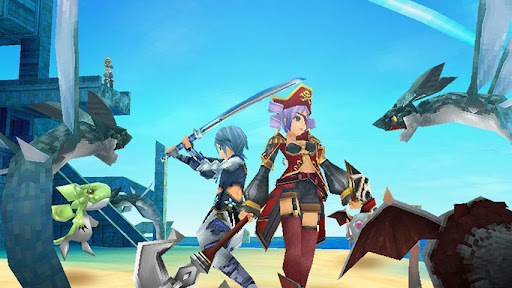 – Over 10 trillion dress patterns: Build your one and only character with combinations of various avatars and equipments and go out to an adventure. The combinations are over 10 trillion!
– Find your own style: An job change will occur as you advance on your adventure, you can develop your character to various jobs such as Fighter type, Gunner type, and Mage type.
– Many elements to play such as raising pets: In Online RPG Celes Arca, there are many elements to play, like going out to an adventure with the pet you raised, or solving peoples issues by accepting quests.
– The story of Online RPG Celes Arca: Mysterious rocks and buildings that where fallen down form the sky in the ancient times. You have volunteered in the group of knights called Templum knight, to go on a adventure and discover the hidden side of the world.
– An command type battle with an encounter system: An simple game system with a general command type battle is used so people who have never played an Online RPG (MMORPG) can easily enjoy the game.
– General game play is free: All functions are playable in the free course. Monthly subscription courses feature privileges such as monthly in game coin additions, 30% off on the items in shops, and many more.

The features list above does dip into the background story for Celes Arca which goes along the lines of rocks and building are falling down from the sky. You volunteer and group up with other knights to figure out what is going on and why it is happening. Battles seems to be more geared around the retro style of RPGs with a random encounter system and command-based battles. Sort of like what you would have done in Final Fantasy VII. 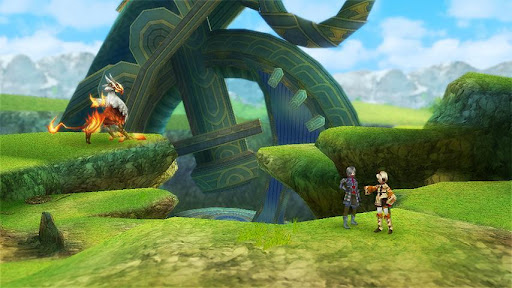 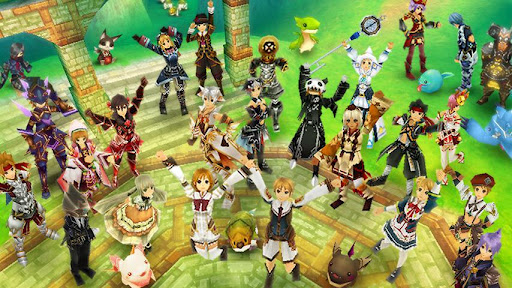 Celes Arca is a free to play game with all of the game being accessible without having to drop any cash. However, Asobimo does offer a monthly subscription service for Celes Arca should you want to enjoy a few perks in-game such as discounts at shops, extra cash earned and more. It is an interesting business model considering it is completely optional and you can go ahead and just play the entire game for free if you want to. With that said, Celes Arca is available for download off of the Google Play store and through our Google Play synced catalog.

It looks like Frontier Gunner could very well end up coming to the English market in the future if this trend continues.