For those of you unfamiliar with MOBA (Multiplayer Online Battle Arena) games, basically they consist of two teams battling it out, usually in order to dominate a map and eventually destroy the main target in the opposing team’s base, whether that be an actual base or a Nexus or some other designated target. Games such as League of Legends, DOTA 2, Heroes of Newerth and so on are all MOBA games. With that said, Heroes of Order & Chaos is a MOBA game themed around Gameloft’s MMORPG Order & Chaos. Players will team up and battle it out with the opposing team in true MOBA fashion, playing on maps with paths that you can take. 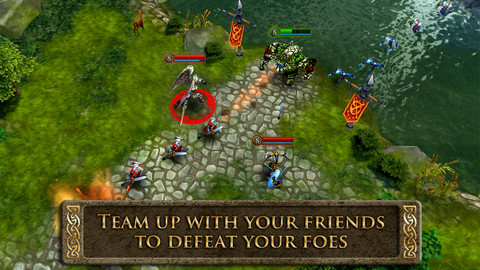 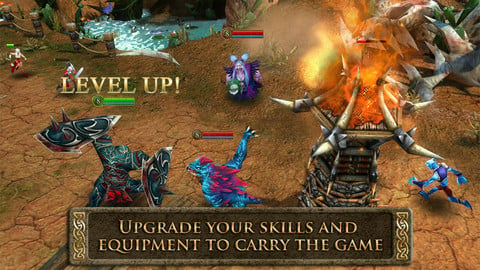 Heroes of Order and Chaos Features:

• Choose between 30 unique and varied Heroes, from melee bruisers to devastating wizards
• Play for free with different characters, enjoying a changing rotation of free Heroes
• Develop and upgrade your skills and equipment throughout the game to overpower your foes and carry the game!
• Real-time action: roam over the map and lure your opponents to ambush them in the fog of war
• Fight solo or in multiplayer mode on two types of maps (3v3 or 5v5)
• Blend cooperation with buddies and competition against the opposing team into addictive games
• Develop team play and strategies to rule the world of Haradon

When you start a game you will be asked to select a hero. This is your character for that game which can be equipped with different items to help boost their stats, level up to become stronger, and have special abilities to help take down enemy heroes and their minions. You also have minions as well that help you out to harass enemy players with and help take down structural targets. There will also be computer controlled enemies around which you can kill to farm for XP and money. 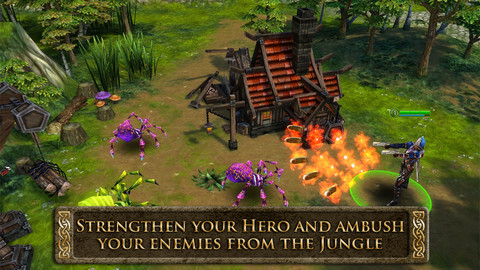 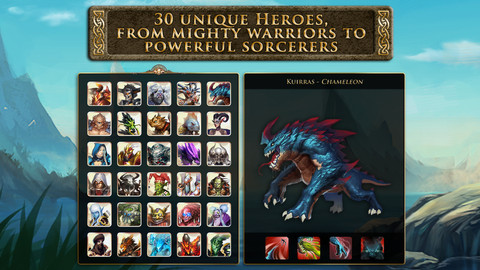 There is actually a lot more depth to this game then what we’ve gone over here, this is more like a quick explanation of how the game works. Heroes of Order & Chaos features both 3v3 and 5v5 maps for people to play on with 30 heroes players can choose from to play as. Six of those heroes will be available each week for free while the rest will have to be purchased individually through in-game purchases, just like any other MOBA game out there.

With the release of this game, we are also announcing the official HoOC league, called the IHOCL (International Heroes of Order & Chaos League), which we will be running in Seasons. Teams will be able to compete for rankings through official match play and to qualify for championship matches where winning teams will win prizes. We will dive further into the details of the new IHOCL over the coming days so stay tuned.

Be sure to use the link below to get to the game. Searching for it right now sometimes has it not showing up on Google Play since it was just released and it takes a few minutes to propagate through the market.