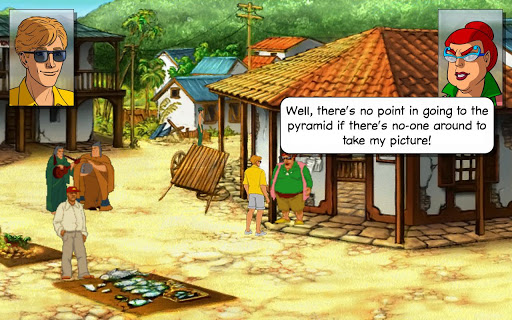 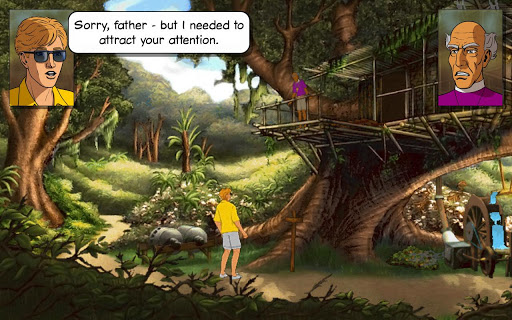 In this game players will see the return of George Stobbart and Nico Collard in this game who are out to solve another mystery, this time surrounding a strange ancient artifact. Evil forces are out to use this artifact in conjunction with the upcoming end of the world according to the Mayans.

While this game is a remastered version of the original title, there are some exclusive features to this new mobile version which include an interactive comic from ‘Watchmen’ co-creator Dave Gibbons, fully animated facial expressions, full soundtrack and a context-sensitive hint system and a diary. There is also Dropbox integration which will allow you to us a new cross-platform save-game feature. This will enabling players to enjoy the same adventure simultaneously on multiple devices.

For those of you who are fans of the original game or just the series in general, Broken Sword II – The Smoking Mirror: Remastered is one to check out. You can grab your own copy of the game off of Google Play for $3.99.

On a side note: Some users are experiencing an issue with downloading the secondary download, otherwise known as Error 941. This could very well be the problem facing both Grand Theft Auto: Vice City and Modern Combat 4: Zero Hour as well. However, Revolution Software has posted a few steps on their support website you can do in order to get the additional content download if you experience Error 941.