You might recognize the name Asobimo and that could very well be because we’ve talked about this company and some of their games in the past such as Celes Arca and Iruna Online, both of which are MMORPGs for mobile. Their newest game that is currently in a limited open beta phase right now is called Avabel Online and is also a rather impressive looking cross-platform MMORPG.

We say impressive ‘looking’ because as of right now the game is only available in Japanese. So while we can play the game perfectly fine, understanding any of the storyline is impossible right now unless you speak Japanese. However, it won’t always be like this. 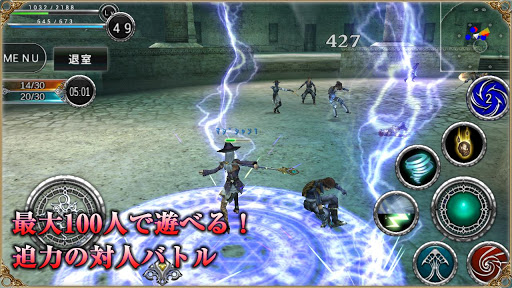 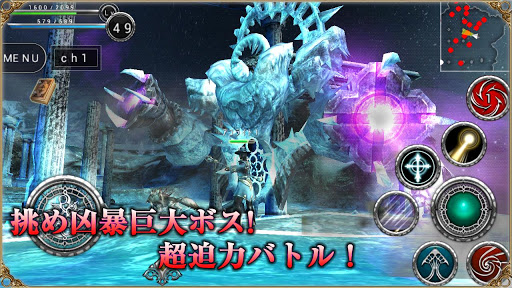 Avabel Online looks like a Final Fantasy-esque mixed with some futuristic elements as well. Visually, this game is a lot like the newer Final Fantasy games in style and is completely different than previous titles released by this company which usually features either a bit more of a cartoon feel to the graphics, or a more anime influence in style.

As far as features go, this game has pretty much everything you want in an MMORPG. There are solo quest as well as group quests and challenges to complete. There are also Guild quests and challenges as well. For those of you who enjoy beating on other people, PvP is also included in Avabel Online. A friends list where you can add up to 100 people is also included as well as the ability to have up to six people in a group when questing. 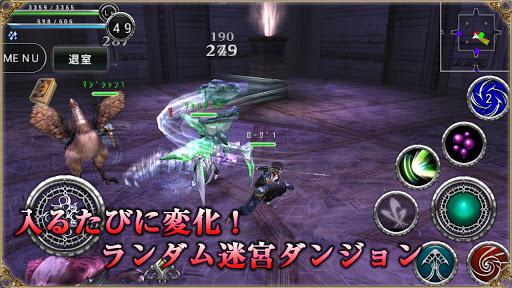 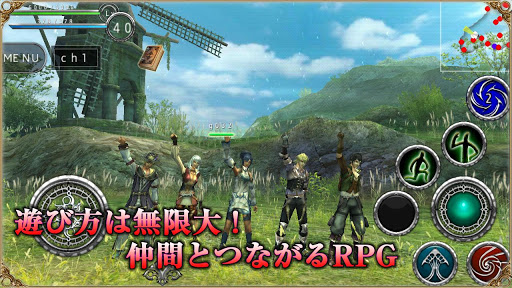 Touching back onto the PvP aspect of things, battles can be 1v1 and up to 100 people fighting in what we are guessing is a battlegrounds style of system as well. Guild versus Guild fights as also able to happen with up to 100 people involved as well.

Right now Avabel Online is in a limited open beta and is only available in Japanese right now. Even though it is only available in one language, anyone interested in jumping into the open beta can do so without the use of Market Enabler as the game is being offered up worldwide on Google Play for free. Keep in mind that this is a beta so there could, and most likely will be, some bugs.

If you are planning on downloading this game and jumping into the open beta even though it isn’t in English yet, we suggest not wasting any time in grabbing a copy of Avabel Online as it will only be available on Google Play until the end of January. After that the Google Play listing will be taken down until the game’s official release which, for the English worldwide version, will be in March 2013. The gameplay video below is 14 minutes long, just a heads up.

Thanks to Viraj H. for the tip!