One game that was rather popular back in the arcade days was a game called Buster Bros by Capcom. Eventually there was a series of games released under the Buster Bros name for different consoles as well and now we have a sort of tribute to the franchise with Jungle Pang. Developed by Snowball Software (the fine folks who brought us Attack of the Wasabi Peas), Jungle Pang is the bikini wearing female version of Buster Bros.

The game doesn’t stray to far from Buster Bros or any of the game mechanics involved. You will be using a harpoon style weapon to shoot bolts upwards that have wire attached to them. When a bubble is hit with the bolt or the wire attached to it, it will split into two smaller bubbles. This will continue on until the smallest version of the bubbles are popped. 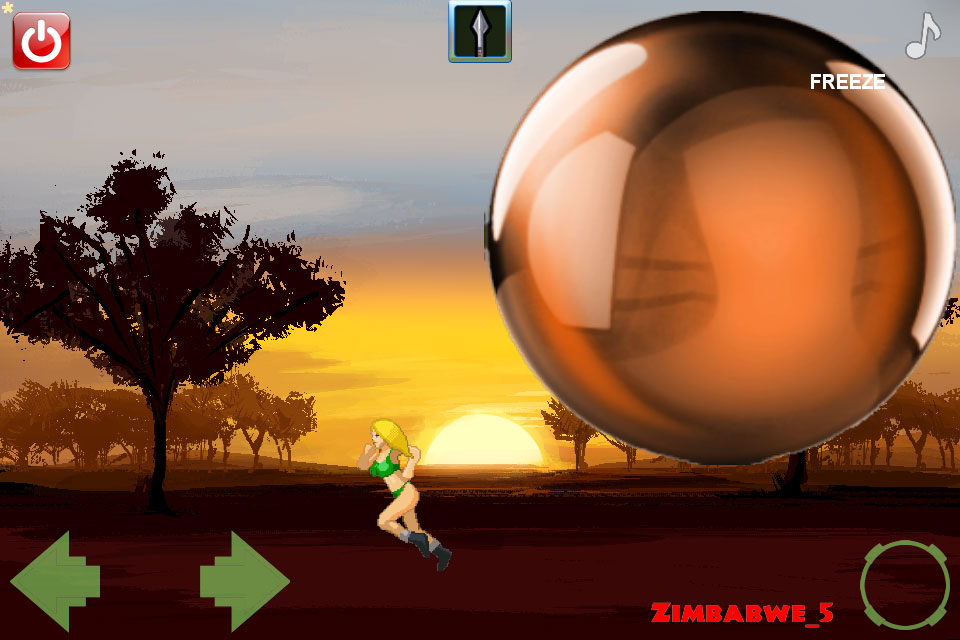 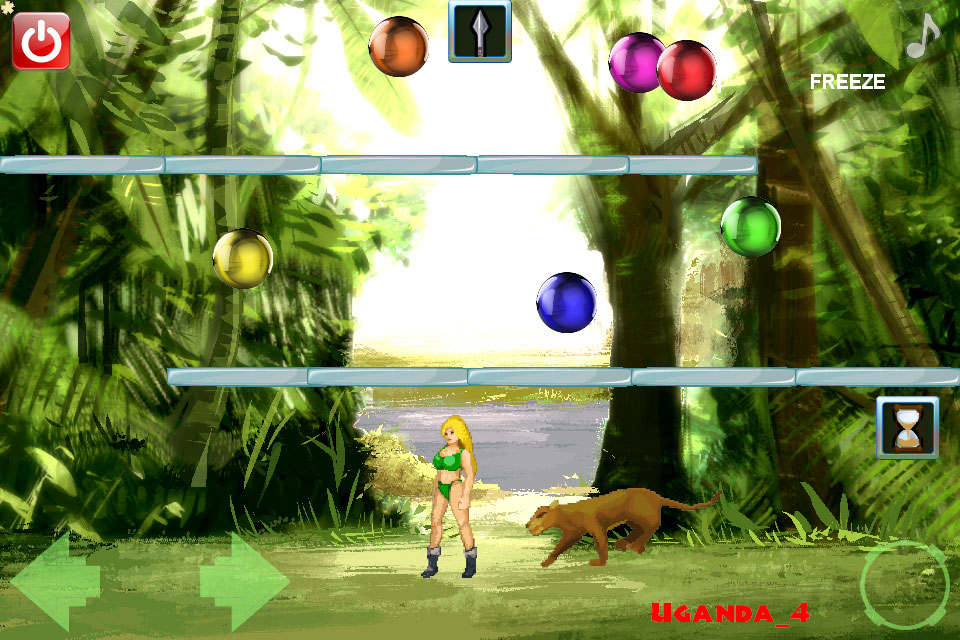 This version of the game takes place in Africa where these mysterious bubbles have appeared and are bouncing around killing the wildlife and terrorizing various cities and landmarks. You will be playing as Jill who happen to be in Africa when this all started to happen and so she has taken it upon herself to deal with these bubbles. This is so important that she didn’t have time to change into clothing so she’s running around in a bikini. Each location in Africa has 5 stages to go through plus a mini-boss fight.

Just like the Buster Bros franchise, Jungle Pang has a variety of power-ups available as well including the ability to slow time down or even stop it, smart bombs and double harpoons. If you’re up for enjoying a bit of a flashback to the good old arcade days, you might want to check this game out. It’ll cost you a whole $0.99 to snag a copy of Jungle Pang. There is a free demo version to check out before buying the full version.