While Animal Crossing may never see a mobile game, there could be companion apps on the way

We don’t need to rehash Nintendo’s standpoint about bringing any of their games to mobile devices other than their own. Everyone knows their stance on this by now. The same goes for a lot of titles made by third party developers who call Nintendo their home and this includes Animal Crossing’s creator Katsuya Eguchi. However Katsuya does have some interest in the mobile field.

While the main game Animal Crossing will keep its home on Nintendo, Katsuya does have interest in possibly leveraging mobile platforms to bring some extra experiences to the Animal Crossing world. There are a couple of reasons as to why Animal Crossing will stay with Nintendo. First there are many that spend a huge amount of time meticulously organizing their towns, down to the location of each and every flower. He also feels that the 3DS’ inputs lend themselves to that style of gameplay better than the existing options on smartphones.

While the inevitable argument could be made that a lot of mobile gamers use controllers, it sounds like there isn’t enough to warrant a game like Animal Crossing on mobile. That doesn’t mean Katsuya isn’t interested in mobile at all. In his interview he offered hypothetical examples of apps that would allow players to create clothing, serve as reminders of appointments made to hang out with the villagers in their town.

As to whether or not any of this will actually happen, we will just have to wait and see. 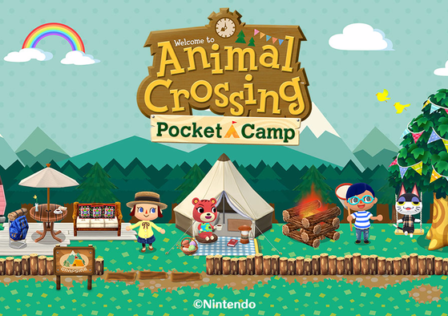