Unfortunately no one was allowed to record any of the gameplay or take any photos of it. However Vivid Games did say they will be sending out screenshots and other visual goodies at some point next week. So while we can’t show you anything that we saw and played with, we can at least write about it for now. From what we saw though Vivid Games is really using Unreal Engine 4 as much as they can with Real Boxing 2 because it looks impressively good visually. Thanks to modern technology, we can recreate with stunning realism our reaction to seeing how good Real Boxing 2 looks with the image below. 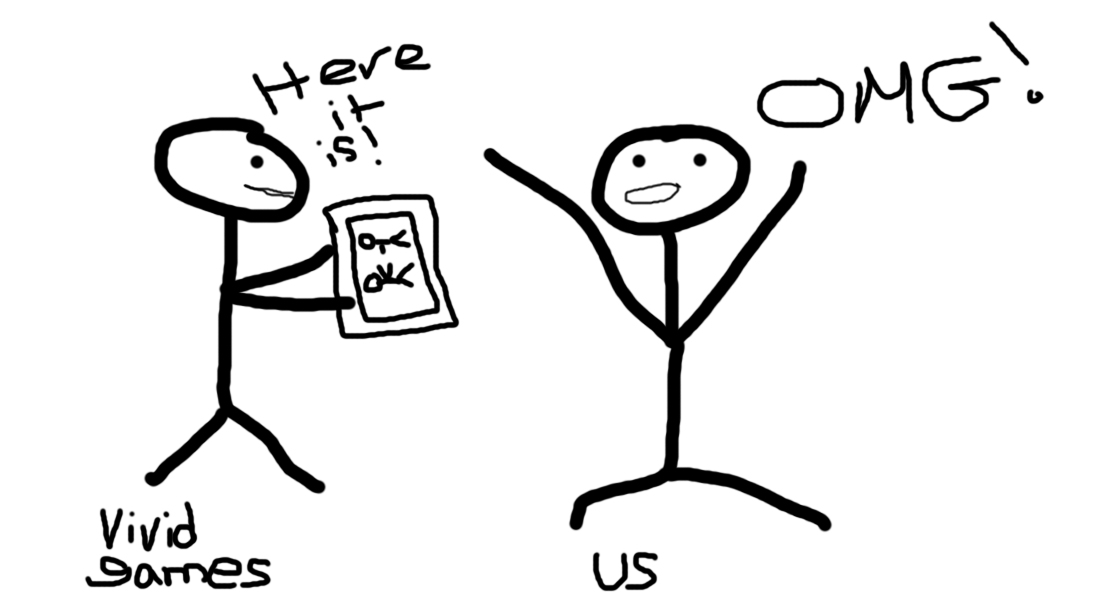 When you start up Real Boxing 2, you will be presented with a few choices regarding your character type and their specialty, that being their style of fighting and special move. One was called Whirlwind, which is a speed focused fighter who gets bonuses to stunning the opponent with quick strikes. There’s also a tank type who aims to win the match with points instead of knocking the opponent out. Then there is the heavy hitter type of glass cannon fighter who hits hard but can’t take too many hits himself.  And the last type is one that has a lot of stamina and is sort of a more well-rounded fighter.

Players will be able to have up to 4 fighters at any given time that they can create and use. This way you can have multiple characters and appearances without having to restart all over again. Two slots will be available right away, one will be available using in-game currency (not premium currency),  and the last slot will be for VIP only.

Your fighters can be equipped with a lot of different equipment as well including different boots, gloves, and shorts. Most of these are mainly cosmetic upgrade which will be available through various IAPs, although none of the prices were set at the time we were checking out the game. There’s also some that can be earned. These cosmetic items have a range of different effects from a simple color change to having lightening, fire, and other cool particle effects.

The other type of equipment are items you can earn (or purchase with your winnings) and these are actual upgrades. These can also level up along with your character as well. So if you happen to like a particular pair of gloves, you can keep them and they will get stronger as you get stronger. There is, however, a limit to this. From what we saw, items can be leveled up a maximum of three times, so it isn’t infinite.

Overall the game does look quite good already. We only got a little time with the game but we do plan to have a much deeper first impressions/preview coming soon. Vivid Games is planning to have Real Boxing 2 released some time in Q4 2015, although no specific release date is available right now. We will post an update once we get our screenshots/videos sent to us from Vivid Games. In the meantime, if you missed it you can check out the recently release trailer in the video above.