Razer’s set-top box that has a focus on multi-media entertainment, and especially with gaming, has had its status changed to no longer available for purchase on the Google Store. This means Google probably has no plans to restock this set-top box. That doesn’t mean it is dead in the water though, although it isn’t that great of a sign of things either.

Razer recently took over most of the games catalog from the now defunct Ouya console, and also have some pretty nifty peripherals for the Forge TV as well. Hardware-wise, it was a pretty solid offering for set-top boxes and for Android gaming in general. The problem the Forge TV has had since its release is the lack of marketing support from Razer itself. All the moves to take over Ouya’s games catalog and so on were great, but other than that there hasn’t been much of a push by Razer at all. 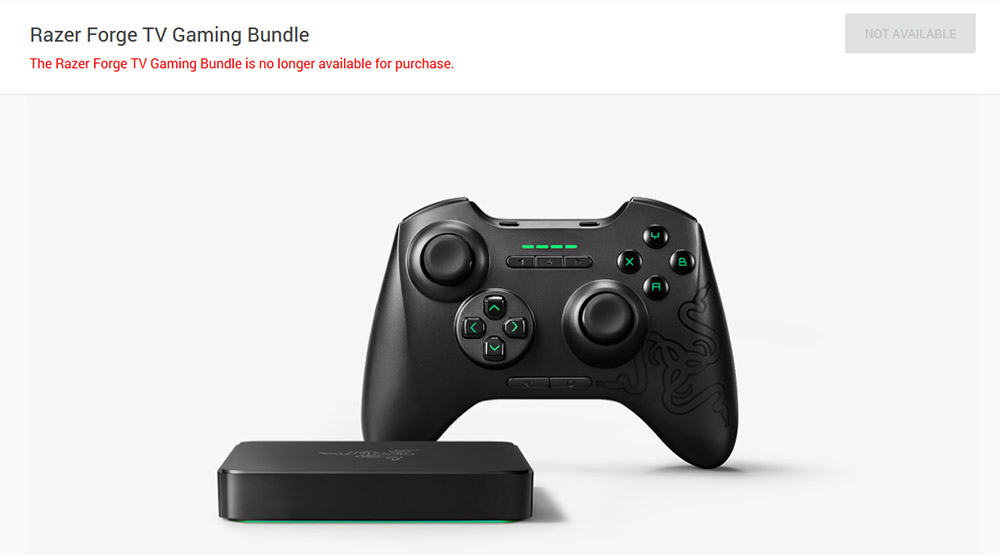 Another problem the company had with the Forge TV were some of the bugs that came along with it. Once word spread about those bugs shortly after release, and the lack of Razer fixing them quickly, a lot of potential costumers turned elsewhere, more than likely to Nvidia products for their gaming needs.

So the future may seem a bit shaky right now for the Forge TV, but I wouldn’t rule it out just yet either. You can still purchase the set-top box elsewhere such as on Amazon.