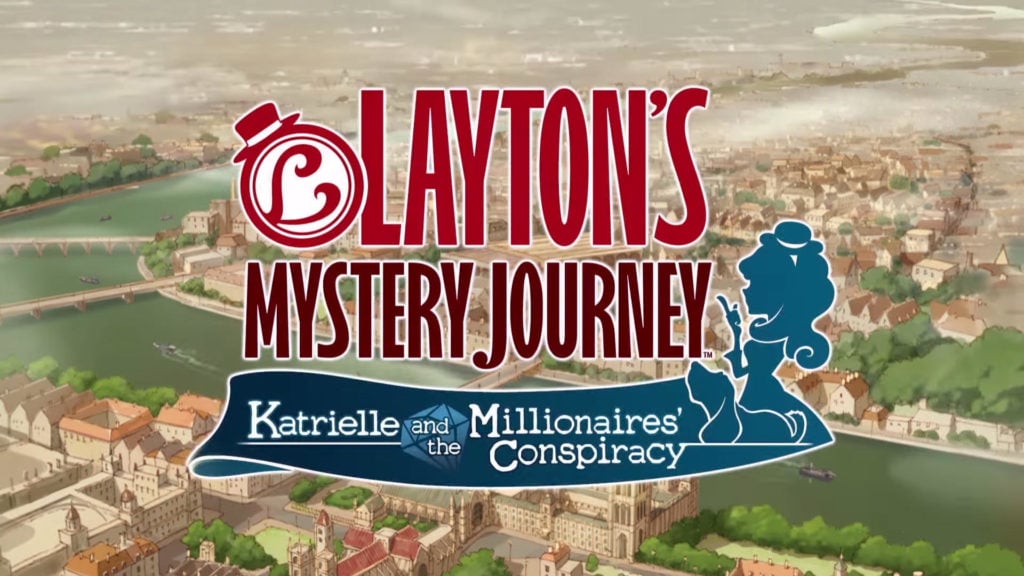 It’s that time of the week again, when we run you through the top Android games that just launched. We’ve scoured the app stores seeking out the best hidden gems so you don’t have to.

So sit back, grab yourself a beverage, and enjoy the start to the weekend on us with this excellent selection of Android games.

Layton’s Mystery Journey is a fully fledged entry in the franchise, and the first sequel to launch on mobile. You play as Layton’s daughter, Kat, who’s solving a bunch of cases in London while trying to find her father.

It’s a little on the expensive side, sure, but this isn’t a simple mobile tie in. There’s also a ton of content, from puzzles to solve, characters to meet, and, er, characters to dress up. Grab it from Google Play for $17 or £18.

Triple Agent is a digital board game that you play with your friends. You’re each assigned a role between secret or virus agent, and then spend the game either figuring out who’s virus or throwing the secret agents off the scent.

You achieve this by reading information presented to you each round, then deciding how you feed that back to the group. You could help your teammates pick up the scent of an opposing agent, or sow the seeds of mayhem.

If you love multiplayer board games, go and grab Triple Agent right now on Google Play.

Albion Online is the game we’ve all been waiting for. It’s a sandbox MMORPG that allows you to live the second life of your choosing in a fantasy world. That’s right, you can live as a mercenary, crafter, or even builder.

It’s also completely cross compatible on Mac, Linux, PC, and Android, so you can pick up and play no matter where you are. Go and grab the APK right now from the official site.

Leap On! is the exact kind of one touch high score chaser we’ve come to expect from the excellent Noodlecake. It’s simple to pick up, with you only having to tap and hold to swing around the screen.

The aim is to grab as many power ups as you can while avoiding the nasty black shapes. Hit one of them, and it’s game over. This is definitely one for those planning a journey this weekend, so grab it on Google Play.

Ever wanted to build your own dream team of wrestling all stars? WWE Tap Mania is the game for you then. It’s a card battler that challenges you to build a team of your favourite wrestlers, then obsessively tap to use moves and upgrade them.

This is one for the wrestling and clicker fans, so if that’s you go and grab it from Google Play right now.

Project Mallow is effectively Super Meat Boy except you play as a little blob of marshmallow. The rock hard platforming works well on mobile here though, as you’re basically flinging the marshmallow from platform to sticky platform.

You achieve this using the same flicking method as Angry Birds – pull back on the screen and release to fire the mallow across the screen. If you wish games were as hard as the old days, go and grab this on Google Play.

QuackButt is a platformer featuring a rubber duck who can’t fly, so instead farts to whizz around a bunch of platforming levels. What sort of messed up fever dream led to this game’s inception?

You have to admit that it’s incredibly cute though, with wonderful visuals and adorable characters. This might well be one for the kids, but I’ve already talked myself into playing it. Don’t judge me, just grab it on Google Play.

Here’s one that actually is for the young ‘uns – Pauli’s Adventure Island. It’s a 2D platformer in which you play as the colourful rabbits Pauli or Gemma, who are trying to prevent their island from being turned into a holiday resort.

So you’ll leap your way across each level, avoiding enemies and finding secret items. If you want to keep the kids quiet this weekend, grab this from Google Play and hand them your device.

Here’s a game that wears its heart firmly on its sleeve. It’s a match three puzzler themed on The Wizard of Oz, that breathes a little more life into the creatures that live in the land of Oz.

If you like match three puzzlers, the licence, or just want something nice and easy to kill time with this weekend, grab it on Google Play now.