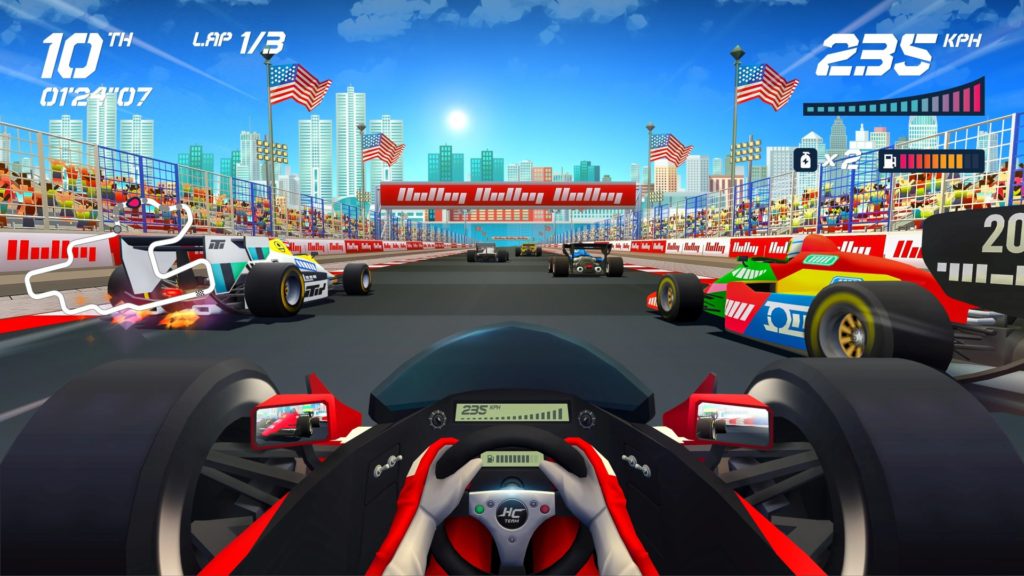 Aquiris has revealed the next chunk of DLC for its awesome, primary colored arcade racer, Horizon Chase. It’s called Senna Forever, and it’s bringing a load of new content along with it.

As you might be able to guess from the title, the DLC follows the career of the legendary Brazilian driver. There’s a brand new single player career that runs through five stages of the former World Champion’s life.

In those races you’ll be able to use a brand new first-person, in-cockpit view, as well as making choices about the way you’re going to drive and the set-up of your car.

There’s also going to be a championship mode that lets you pick from 18 different teams and offers more than 30 different cars for you to unlock. You’ll be chasing 130 Senna’s Marks in the career mode as well.

Other versions of the game are also getting four player multiplayer, but unfortunately that’s not going to be included in the mobile version, which is a bit of a kick in the teeth.

The Senna Forever DLC is set to launch for Android on October 20th. It’s going to set you back $4.99 when it does. Part of the profits from the DLC will go to support the Ayrton Senna’s Institute educational programs.

If you want to pick up Horizon Chase before the DLC launches, you can click here to get it from the Google Play Store.