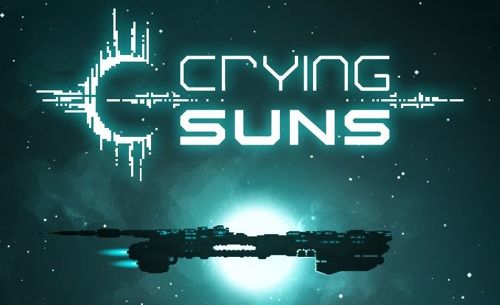 Sundays are closer together than they used to be. Or perhaps we’re just getting old. This week we’ve got a cracking collection of headlines, heralding great things to come for the Google Play Store over the next few weeks.

To learn about the latest Android releases and games on sale, check out the Saturday companion to this article.

Crying Suns is already available on PC, which is how we know its imminent arrival on Android is worth getting excited about. Inspired by FTL, it takes that seed and cultivates it into a broader experience with sand worms thrown in for good measure.

Death Come True has a new trailer, hinting at yet another messed up game from the creator of high school murder torture fest Danganronpa. It’s an FMV game, and its production values look decent. Expect to pay a fairly high price when it arrives on the 25th.

Not for the first time, Epic – a company whose Fortnite-power ambitions have seen it going toe to toe with both Steam and Google Play – is planning to bring the Epic Games Store to mobile. The most interesting thing about this from our point of view is the possibility of a free Android game a week.

The Academy is not shy about naming its influences. Set in a magical school and starring a group of adventurous pupils, it might as well be called Parry Hotter. But Professor Layton is also an inspiration, and The Academy looks like a promising take on the puzzle-adventure genre.

Toro isn’t a character you see very often in the US, but it’s huge in Japan. In fact, Toro is the official PlayStation mascot over there, and it looks like we’re in for a bit of Japanese culture exchange when match-three puzzler Toro and Friends: Onsen Town arrives in the West.

2019’s Slay the Spire is a hugely popular deck-building roguelike for PC, Switch, and PS4. There was supposed to be a mobile version last year too, but it was delayed. This week developer Anthony Giovannetti promised an announcement before the end of the month. He followed through a couple of days later, but with the disappointing news that the Android version will be delayed further.

After a half-decade hold-out, Riot Games is finally bringing its seminal MOBA to mobile, albeit in the modified, mobile-optimised form of League of Legends: Wild Rift. There’s a closed alpha on the way, and gameplay footage is available now.

Old School RuneScape’s latest expansion adds the vampyric city of Darkmeyer, which you can access by completing the new Sins of the Father quest. Within you’ll find new shops, amenties, skilling methods, and more.

Hidden Folks has undergone a revolution this week. While its price has gone up by $2, all of the game’s DLC is now included for free. Plus, there’s a new batch of DLC to enjoy: the six-level music-themed On Tour pack.

Gwent: The Witcher Card Game is now into version 6.3. The latest update brings with it the Season of Magic, consisting of several bundles such as Season of Love, Overgrown, and the Earth pack.