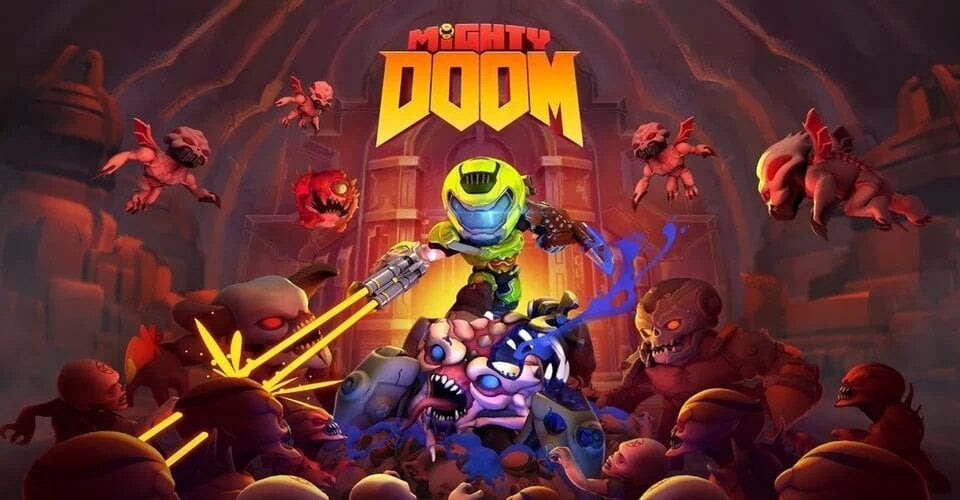 This week is all killer, no filler. We’ve got another fighter to play with in the awesome Brawlhalla, more content to look forward to in Genshin Impact, more content to enjoy right now in Call of Duty Mobile, and a surprise blast of mobile Doom in the face.

Even the more obscure entries – Robo Fighter and Infinite Lagrange – look absolutely stunning, with visuals that wouldn’t look out of place on a TV screen.

To check out the best new Android games this week, click here.

Fighting is in the air at the moment, Smash Legends, Metal Revolution, Marvel Future Fight, and Brawlhalla all cropping up in the week’s headlines. So what better time to round-up our favorite fighting games for Android. We won’t spoil the surprise by letting you know what’s on the list, but we can reveal that only one of the games mentioned above is included. See if you can guess which one.

The Brawlhalla family has just grown by one member, and you’re already well aware that the member in question is Reno the Bounty Hunter. For those of you not familiar with his ouvre, Reno is an insectoid character who wields multiple laser blasters and a lasso-esque robot. Reno costs 7200 gold, and 1400 Mammoth Coins if you want all three of his skins.

The next major Genshin Impact update – Beneath the Light of Jadeite – is coming on the 28th of April. The game is set to receive a ton of new content, including a new quest surrounding the history of Liyue, and two new characters called Eula and Yanfei. There’s also going to be a new feature called the Serenitea Pot, which will allow you to decorate your home.

Metal Revolution is shaping up to be an awesome old skool brawler featuring cyberpunk fighters and a variety of backdrops, one of which appears to be the decidedly un-cyberpunky Old West. Concrete details are relatively thin on the ground, but we know that Metal Revolution looks absolutely badass and will be out later this year.

Tenses can be challenging when you’re doing a headline round-up. This one is in the future tense, but the event it describes – the arrival of the latest Call of Duty Mobile season – is now in the past tense. That means you can now enjoy two new maps, and Overclock perk for speeding up cooldowns, a couple of new modes, and more.

What the hell? Mighty Doom arrived in early access this week with the shocking suddenness of a heavily armed space marine kicking down a door. It’s a top-down shooter with a slightly cartoony aesthetic, making for a radical mobile-friendly departure from the first-person gameplay of PC and console series. You can download it right now if you live in the right region.

Marvel Future Fight is nearly six, and it’s planning a party. If you want to attend, you’ll need to get your name on the guest list. To pre-register, just head to the official site and follow the instructions. As ever, there are rewards for pre-registering, including Crystal, a Selector: Tier 2 Character, and 1.5 million Gold.

Infinite Lagrange is a funny name that tells you nothing about the game, so let us do that for you now. This forthcoming title from NetEase is an ambitious sci-fi strategy game in which you have to build a fleet and dominate the galaxy. “Boundless ship combos” are promised, as well as massive space battles. Infinite Lagrande is soft-launching later this month in Europe.